Even if it isn’t due until the end of 2020, Microsoft uncharacteristically revealed its dual-screen devices as early as October last year. Its purpose was to give developers ample time to prepare for that future and modify their apps or create new ones for the Surface Neo (and the Android-based Surface Duo). Adopting new designs and APIs is one thing but actually testing how it works on a dual-screen device is a different thing. Since developers are unlikely to have access to a Surface Neo or even a prototype, Microsoft’s new patent may provide a solution everyone might be able to use.

Microsoft may release all the frameworks and tools developers will need to prepare their software for Windows 10X but that won’t be enough to get them ready for the Surface Neo. Even if Microsoft’s SDK’s allow for apps to transition from full screen to half screen to dual screens, preparing for the device will need to take into account hardware design and features that are out of reach of all but the luckiest developers who’ll be able to get their hands on such a device.

Microsoft’s solution is both common but also novel at the same time. A patent unearthed by Windows Latest reveals a special kind of emulator designed for multi-screen devices. Not just dual screens but even triple ones, which suggests Microsoft may have some ideas for other foldable form factors. Emulators that display an app on a virtual representation of a device are nothing new but the patent seems to take it further. 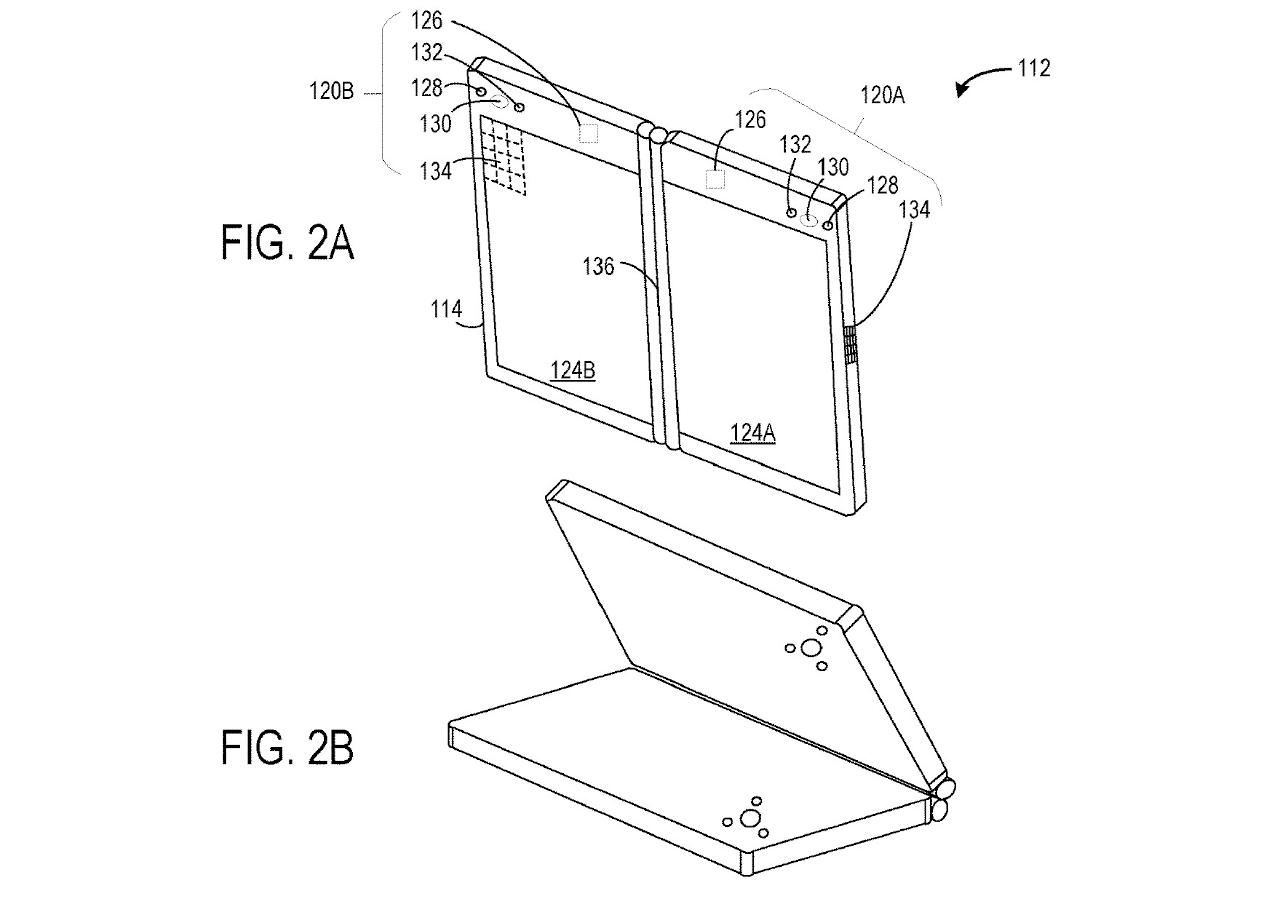 Rather than a simple flat screen, the emulator will apparently show a 3D render of the dual or even triple-screen device. Presumably, it can be moved around, folded, and tilted, which could help developers test not just how their apps will look like but how they will behave under various orientations as well.

Again, this is just a patent but, unlike design patents for phones, this could be easier to pull off as software. Microsoft definitely has the resources to make it real and the clock is ticking down to the grand launch of the Surface Neo.