Surface Laptop 3 was revealed today by Microsoft in New York City. This event played host to a number of new devices in the Surface lineup, including but not limited to tablets, laptops, and convertable devices. This is the newest version of the Surface Laptop – the third in line after two others with similar names.

Surface Laptop 3 is, once again Microsoft’s best shot at taking the crown for small-yet-useful notebook in our modern world. It’s extremely thin, but so thin as to be particularly fragile. It’s got the basics for hardware and a display that’s made to dazzle. It also comes in a variety of colors.

So what’s different from the Surface Laptop 2? Not a whole heck of a lot. There are new processors. There’s a newly tuned Windows experience with the latest version of Windows 10.

Much like its predecessors, this Surface Laptop 3 is made to look and feel like the most professional Windows notebook computer in the world. One should not mistake this device for a “Pro” machine, given its relatively lack of ports, but it’s got the guts to do the work for a slightly wider variety of people than it’s ever been able to work with before. 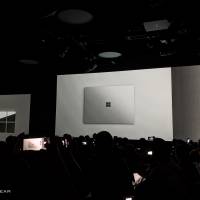 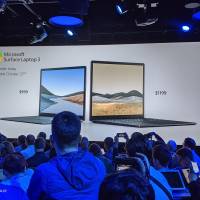 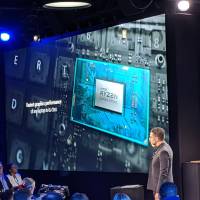 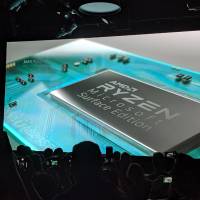 In the past we’ve seen only the Surface Laptop in a 13.5-inch model. Now we’re ramping up with a 15-inch device. And a few models that do not have an Alcantara fabric wrist-rest.

Studio microphones to the left and right of the camera. AMD Ryzen inside. A removable harddrive inside – don’t do it at home, but it CAN be done. Machined aluminum, and several new colors – that’s the long and short of it – but we’ll see more soon.

The performance of the innards of this device we’ll need to leave for a more extensive review. Stick around SlashGear for more information on the Surface Laptop 3 as well as the rest of the Surface line revealed this morning in New York City.