Microsoft has revealed its latest Windows 10 form-factor, the Surface Hub, a huge 84-inch screen intended to replace the traditional whiteboard with a digital alternative. The 84-inch, 4K resolution touchscreen looks at first glance like a simple LCD display, but in fact it has onboard processing and support for both finger-touch and a digital stylus. Microsoft believes it’s the future of business communication and collaboration, with baked-in sharing and streaming support too.

Sure, you could think of Surface Hub as being a Surface multitouch table that’s had its legs chopped off and then bolted to the wall, but Microsoft argues it’s far more than that.

Instead, it’s all the applications and services Windows 10 users will have on their phones and tablets, transferred to a big, smart screen. For instance, there’s OneNote support for digital note-taking, synchronized with other devices like phones and tablets, and with baked-in screenshots for sending copies of the notes to others. 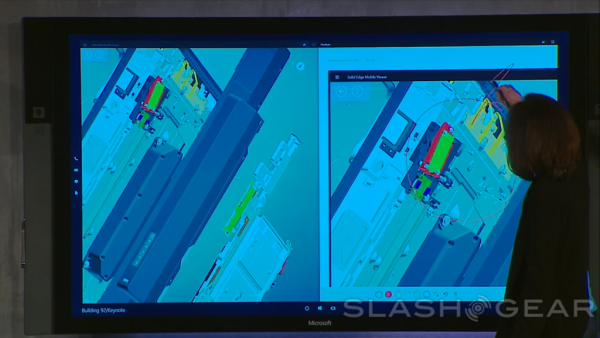 There’s also Skype integration, with one-touch access to scheduled meetings. An upcoming session appears on the homescreen, where a tap opens it up into a multi-feed video call and a shared workspace.

That workspace can have content streamed to it from other wired or wireless devices, such as from someone’s Surface or Windows Phone. Any changes and annotations made on Surface Hub will then be reflected on the original device, something Microsoft calls “Touch Back”.

There are also twin cameras and a microphone array.

Of course, the big question is how much all this will cost, and that’s something Microsoft hasn’t said. We’ll have to wait until Windows 10 arrives before Surface Hub can launch, so best start saving now. 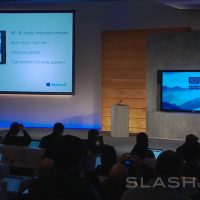 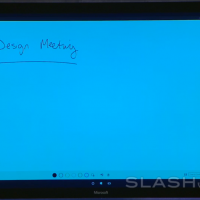 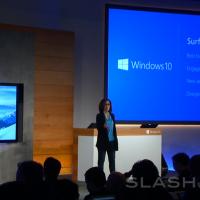 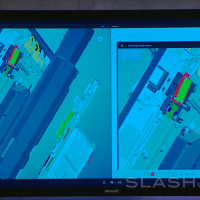 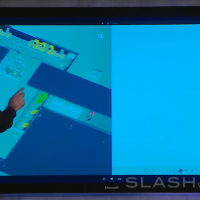 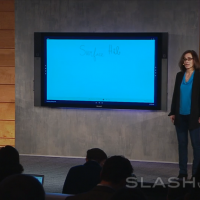 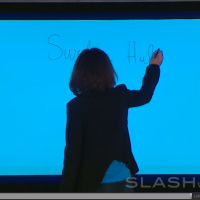