The overall size and plug placement – the smart pin plugs, anyway – are rumored to be the same as they were in the original Surface Go. That rumor comes from Windows Central, who also suggest that this means the Surface Go 2 will work with the same keyboards and accessories as the original. Not that you’d want to use the exact same accessories, since you’ll end up giving those to your mother when you switch to a new device anyway – but still!

ABOVE: Surface Go (first gen) via our “with Linux” review

The Surface Go 2 is rumored to come with a 10.2-inch display. That’s larger than the original with the same exterior hardware dimensions as the original. So that’s a larger display in the same body, and a better, newer set of innards, too. It’s been tipped that the Surface Go 2’s slightly larger display will also have a slight bump in resolution – up to 1920 x 1280 pixels.

Rumored processor power inside includes either a Intel Pentium GOLD 4425Y or an Intel Core m3-8100Y, with Indel HD (or UHD) Graphics 615 GPU. RAM options will likely include 4GB or 8GB, and storage will be a miniumum of 64GB eMMC, with an option for 128GB SSD. With microSD media storage expansion, of course. 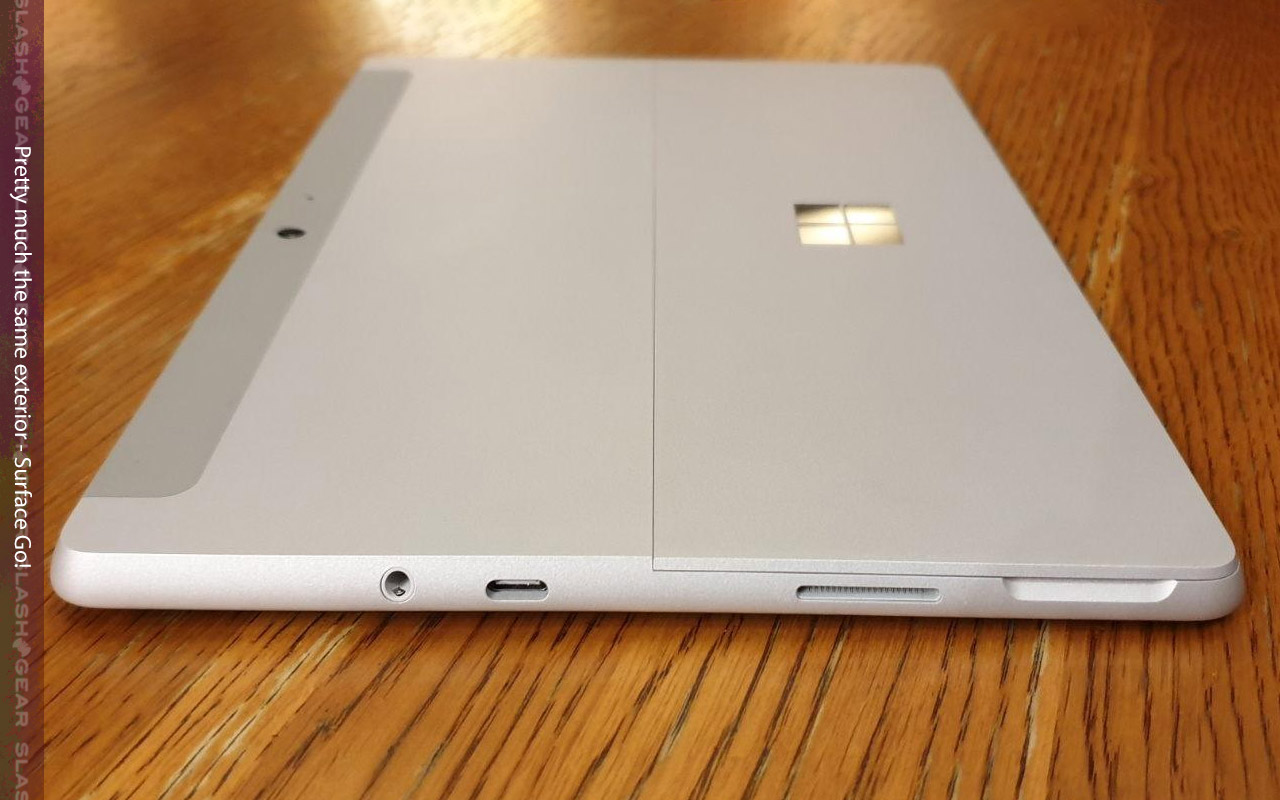 This device will likely have Windows Hello facial recognition – all of this according to the latest rumors about the device – and a set of standard ports: USB-C, a 3.5mm headphone jack, and a single proprietary Surface Connect connection.

It’s been suggested that ONE color will be available – but that’d be crazy, right? Consider this to be just the beginning – Platinum (like gray), and a starting price tipped at around $399 USD. Again, this is all tipped to be revealed and/or released in May of 2020.