For a superhero whose earliest battle cry was “Truth, Justice, and the American Way”, this might have been that last thing you’d expect. But perhaps proving that Superman’s appeal, message, and influence reaches beyond the borders of any single country, or planet for that matter, the Royal Canadian Mint is giving tribute to the fictional alien who has made our planet his home.

This isn’t actually the first time that Canada has paid homage to Superman. Last year around this time as well, it also minted several commemorative coins for the superhero. Now its doing the same with a similar theme of taking iconic poses and shots from across several generations of Superman comics. Each coin has a normal “heads” side, in silver or gold (fortunately for Supes, not in Kryptonite), but the tails side bears the colored image of the comic book character.

There are four coins for this year’s collection. The first one is of fine silver and depicts Superman flying high above with a smile that literally reaches to the skies, as seen in Action Comics #419. 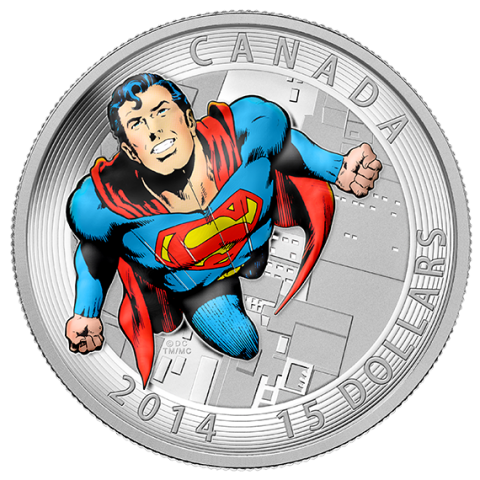 The 1/2 oz fine silver edition bears the now iconic figure of Superman lifting a car, the very first image of Superman that the public got to see in Action Comics #1 published way back in 1938. 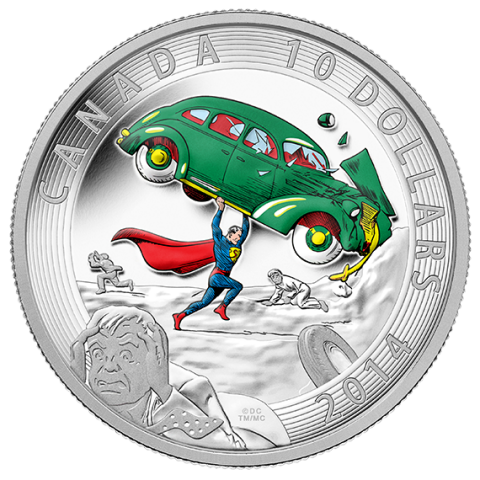 The 1 oz version goes forward into the future, with a more contemporary Superman, specifically one coming from Annual #1 in 2012. This is the more aggressive looking Kal-el from the New 52 “reboot” of the DC universe, one that looks ready to jump out of the coin and pounce at you. 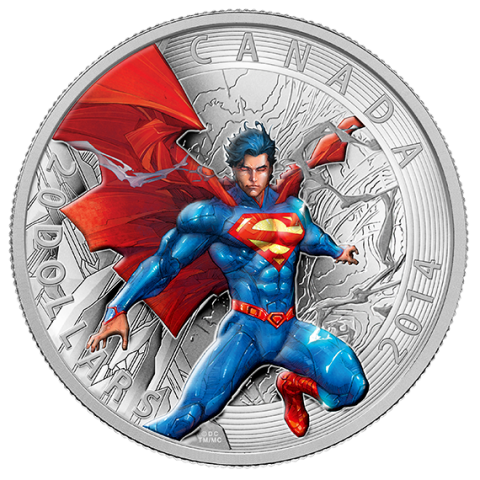 Last but definitely not the least is the 14-Karat gold coin seen at the very top. Though it’s hard to tell that this was based on the cover of The Adventures of Superman #596 in 2001, the also iconic red “S” it a telling sign that this is undoubtedly Superman.

Unfortunately, aside from the first Fine Silver coin that costs $90, all 10,000 of the silver coins and all 2,000 of the 14K gold coin have sold out, showing just how valuable these coins are. Especially when you consider that they cost $70, $110, and $751, respectively.