Among the opening attractions will be a ride-type attraction that is Mario Kart themed. The Mario Kart ride appears to be a roller coaster with each car holding four people. Those riding wear augmented reality glasses that look like Mario’s hat.

An image of Bowser’s Castle has been shared that shows a giant statue of Bowser with a stone-like appearance. Nintendo promises the game world is faithfully reproduced in the structure, including a large staircase with Bowser in the center meant to look intimidating to visitors. There are several attractions inside the castle, including icons and trophies seen in the Mario Kart game.

The ride uses video technologies including AR, projection mapping, screen projected images, and special effects, including steam. There will be scenes from other Nintendo games produced on the course. Another ride is Yoshi Adventure that puts players on the back of Yoshi as they hunt for treasure. Riders will use a map to find three hidden eggs. 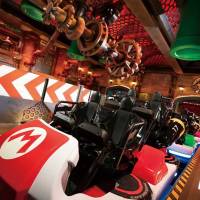 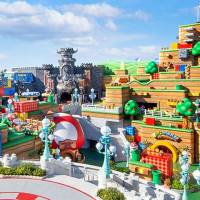 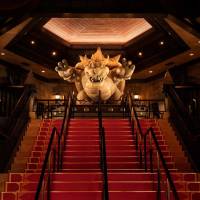 Visitors will also be able to view the mushroom kingdom from Mount Beanpole and more. Visitors will also be able to accept a power-up band key challenge where they attempt to get golden mushrooms back from Bowser Junior. They will defeat enemies around the area. That particular ride appears to require an additional expense other than getting into the park. The official confirmation of the February 4, 2021 opening day is the first concrete opening day offered.