Super Mario Run Review: It is not free, there is a fee

The game Super Mario Run was released today on iOS for free, with a single in-game purchase costing $9.99 USD. My first response to this was – wow, that’s a different approach than I’m used to. Most in-app purchases center on coins, extra lives, and filter packs. Here, Nintendo has locked most of the game behind a single pay-to-open door.

The game consists of tapping a mobile device screen to jump, double-jump, and ricochet off walls. The user runs from the left of the screen to the right, bounding through a treacherous set of worlds reminiscent of Super Mario Bros. games of the past. O.G. Mario game players will attain instant annoyance with the idea of only going forward – but they’ll soon get over it. 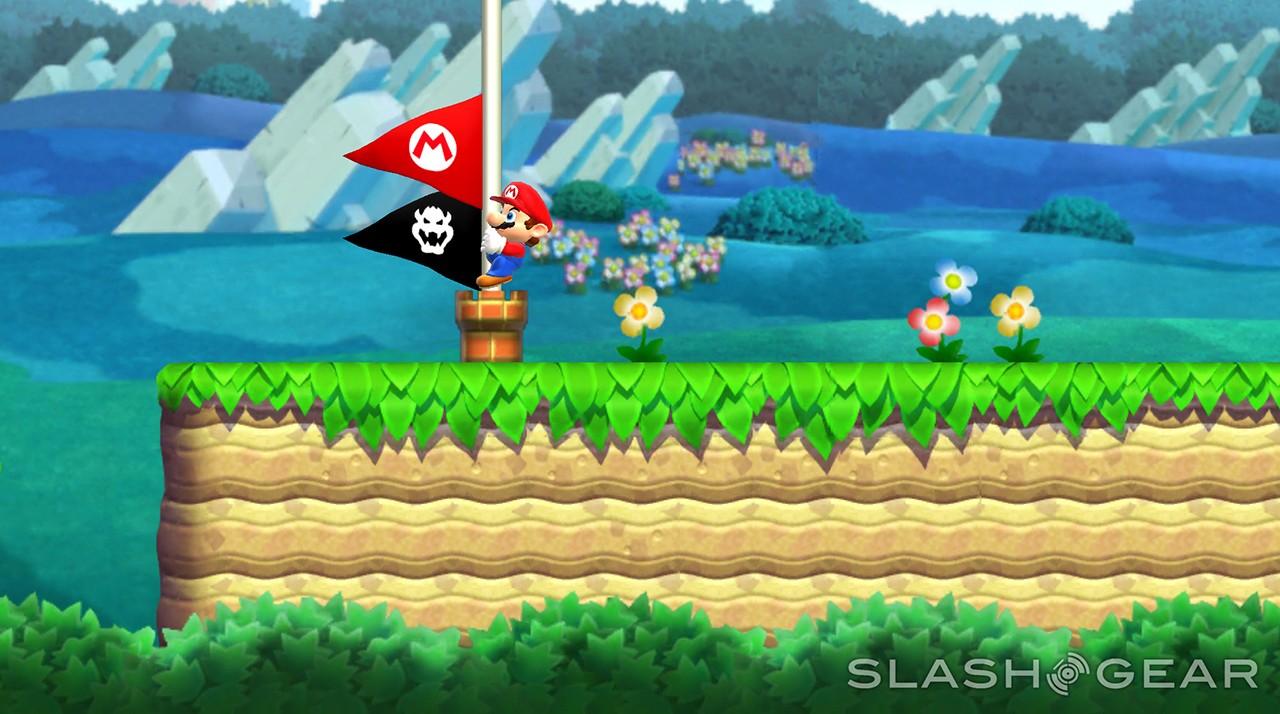 There’s also a rally race sort of game where the user battles another, phantom player in a runner world like the main game. In this side-game, the person with the most impressive run wins, and gains rewards as such. Rewards can be used to level up one’s own kingdom.

The user’s kingdom grows as the player plays each day. Users get bonuses for playing every single day, and attaining more rewards makes building a kingdom go well. At this time users cannot simply buy their way to a fully-grown kingdom, but in the future, who knows? 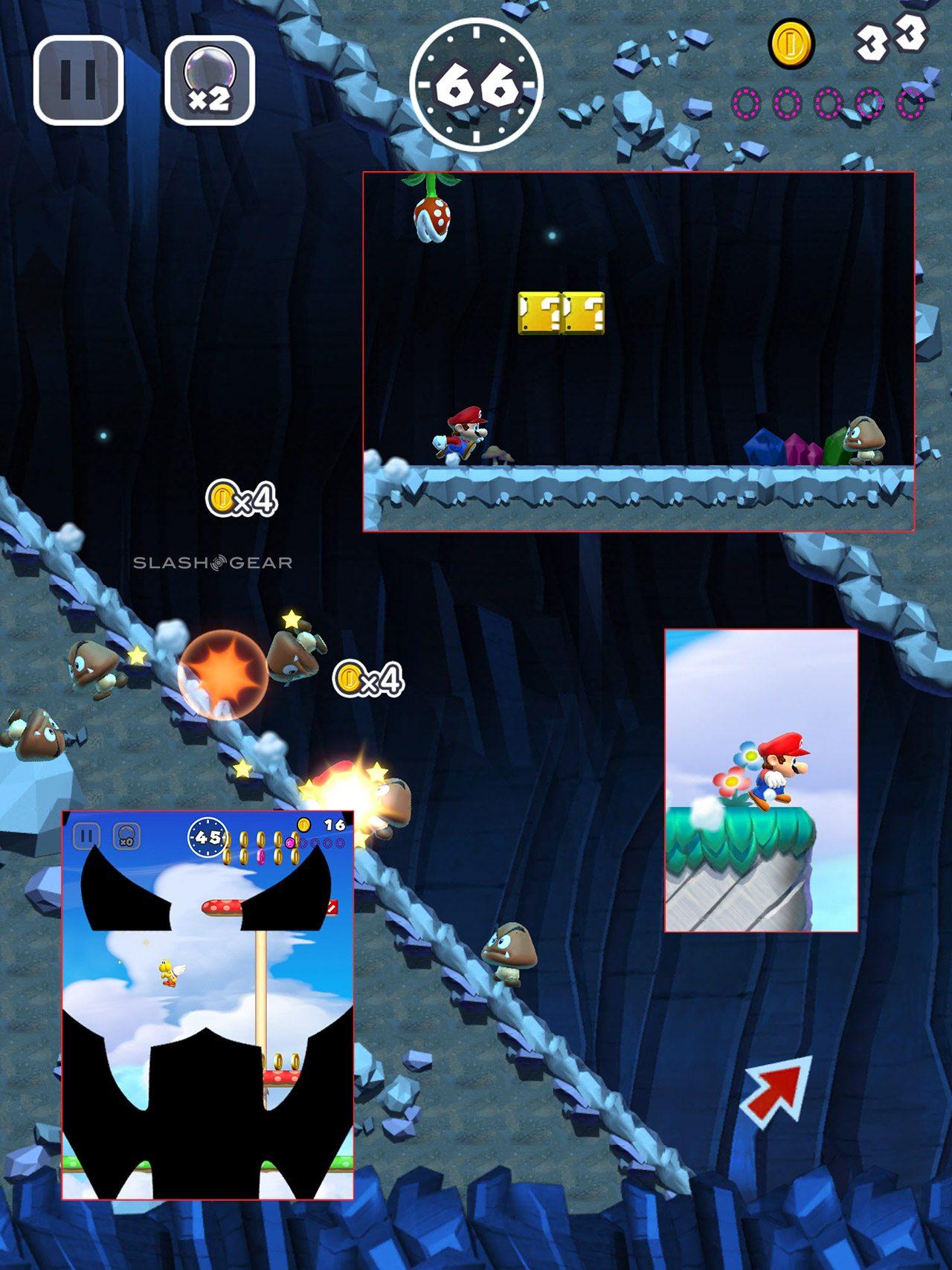 This game feels great to play. It isn’t just the mobile translation of old Mario games I feared it might turn out to be. It’s like I’m back in 93′ playing Super Mario World in the arcade, only the game here has far shorter levels, I’m on an iPad, and there’s no turning back.

If you’ve gotten this far, chances are you’ve played through the first few levels of Super Mario Run. You’ve gotten this far and suddenly you’ve come to realize that most of the game is locked behind nine dollars and ninety-nine cents worth of in-app payment. At this point you’re likely on the verge of dropping that cash. 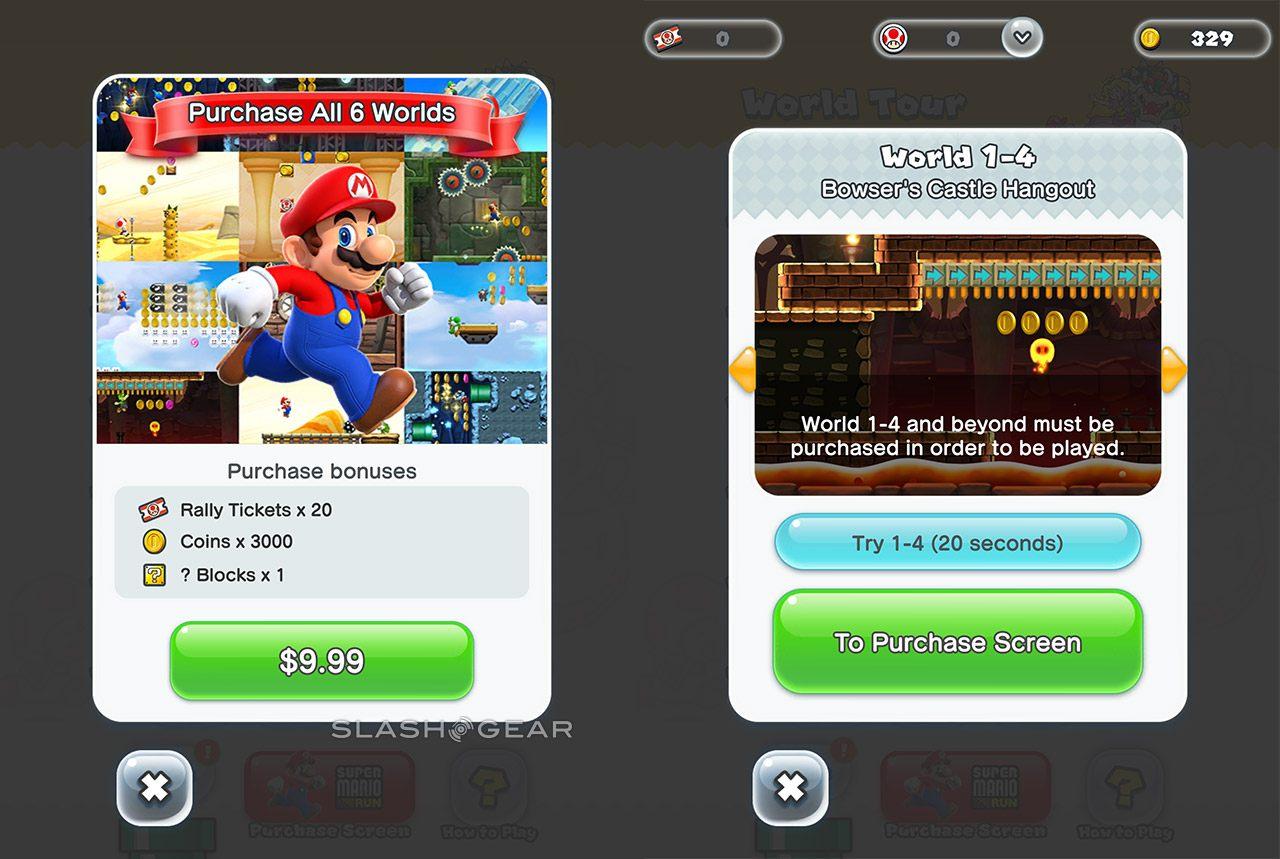 Every step in this game, up unto this point, has been crafted to make the user want to continue. Directions on how to play, setting up bonuses, running a race – even building a house in a miniature kingdom. There’s even a reward for signing in with a Nintendo account.

Look, there’s nothing worse for a Completist than seeing a screen full of dimmed-out levels that aren’t accessible at all. It’s a nightmare! 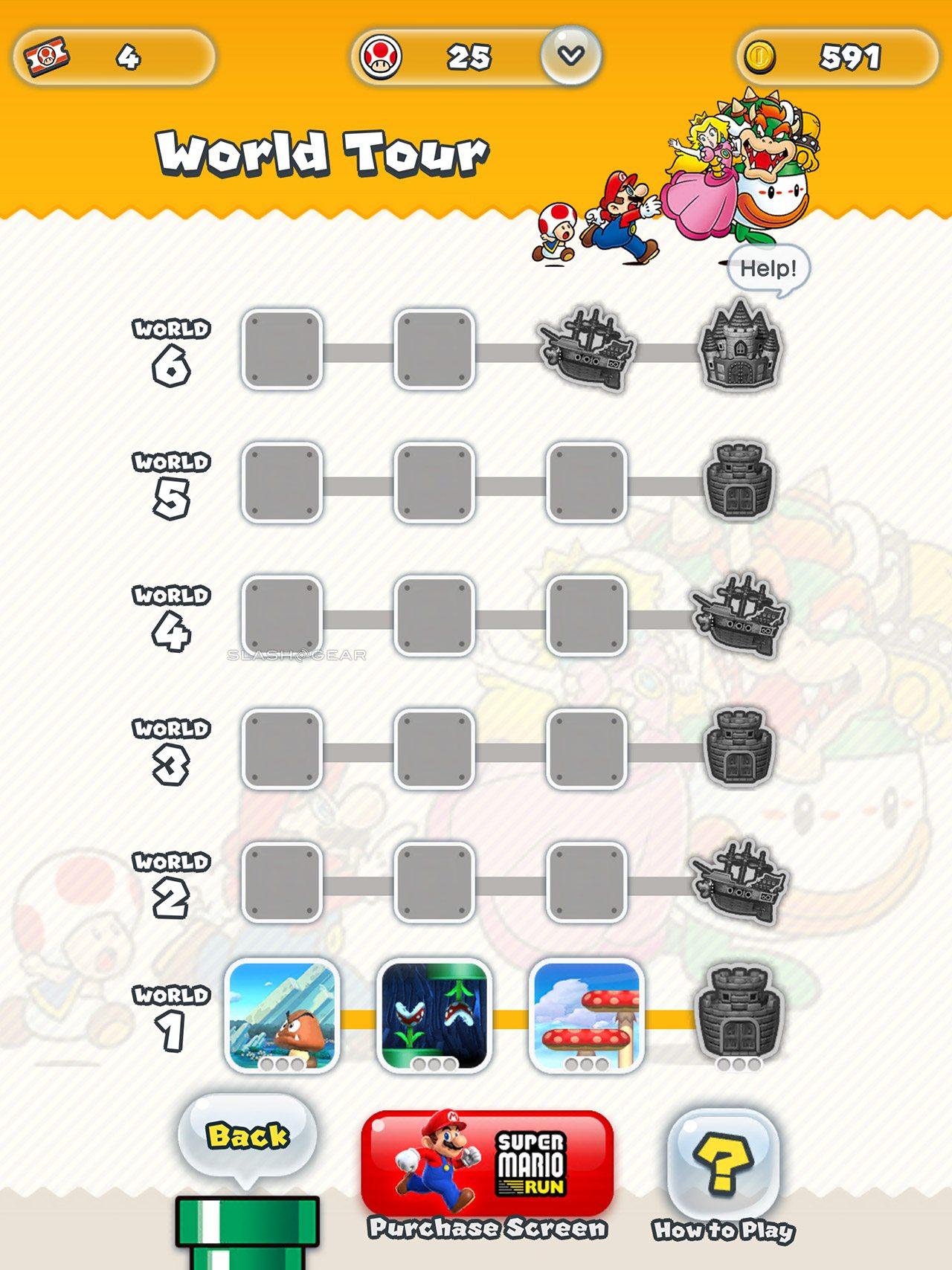 Everything is built to make the user feel as though they’ve already invested themselves in the game by the time the game requires payment. This is like giving someone a cookie, then charging for the milk. Yes, they could just eat the cookie, but only so many cookies can be eaten before the value of milk out-weighs the cost.

Is this game worth $9.99? Sure it is, just so long as it’s clear to the user that the game isn’t opened to free-play 100% of the day with that one cash payment, then yes. This game still has lots of potential for cashing in in the near future. Just because there’s only one place to spend money now does not mean there won’t be more soon.

NOTE ANDROID USERS: Everything in this review goes for Android too, once it’s released. Barring a big change in the short time it’ll take to be released, Nintendo’s profit model won’t be all that different. Especially since there’s not really a lot of room here for advertisements.

This game’s first 10 minutes or so of gameplay is free. On top of that, this is the first game Nintendo has really, truly invested themselves and their brand into the mobile gaming universe. Super Mario Run is worth a download just to see how it plays. Users with a tendency towards addiction may want to stay away. The people behind this game are absolute masters of drawing the player in and making them feel like they never need to leave.

Users that do pay the bucks to pick up the game today, be wary. There’s always another way to pick up cash in a game that’s this intensely bent on pushing an initial purchase. Until I see a guarantee that this is it, I can’t recommend otherwise.