Google will indeed light up its own MVNO network in the coming months, SVP Sundar Pichai has confirmed, but it’s more like the Nexus of wireless than a strike at AT&T and Verizon. Rumors of Google-controlled wireless cellular service have circulated for some years, surfacing again in January with speculation of a direct-to-user network which the search giant would use to test out new mobile tech. According to Pichai, while there is indeed some truth in the Google MVNO chatter, it’s not quite the same as a play for the market as a whole.

Fielding questions at his Mobile World Congress keynote in Barcelona, Pichai drew comparisons between the MVNO intentions and what Google aims to do with Nexus phones and tablets.

“The core of Android, everything we do, we take an ecosystem approach – we work with partners,” Pichai explained. “We’ve always tried to push the boundary of what’s next, we’ve done that with hardware and software. We do that with Nexus devices today. There’s a bit of confusion about why we do Nexus devices.” According to Pichai, the whole point of Nexus isn’t selling hardware but instead trying to coax OEMs into following some of the practices or design decisions Google thinks might be best.

“We never do Nexus at scale, that’s not our intent,” Pichai insisted. “We sell – compared to the rest of the industry – a very small number. But we sell enough to have an impact.”

As with Nexus phones, then, the Google network will operate as a test bed for the sort of technologies the company wants to see, and that it’s hoping that – in leading by example – it can persuade the mainstream carriers to jump onboard with. 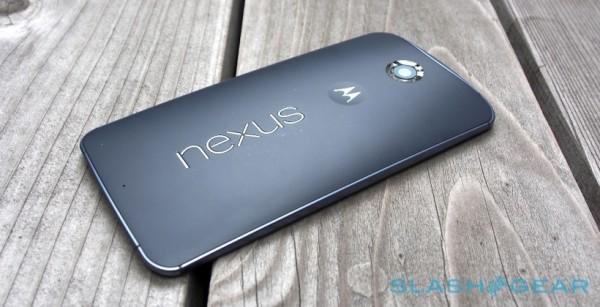 “We don’t expect to be a network operator at scale,” Pichai maintains, “but you will see us announce it in the coming months, our goal here is to drive a set of innovations which we think the ecosystem will allow, and which we think will gain traction.”

Exactly what sort of tech Google has in mind is for the most part unclear, though the Google exec did suggest that the network he has in mind could automatically restore a dropped call.

While there’s of course no telling whether traditional carriers will follow suit, Google doing its network development out in the public eye should at least give users a taste of what they could potentially have. That might provoke them into chasing AT&T, Verizon, and others to push the envelope themselves, which sounds like just what Pichai is hoping for.