The assumption that you need to strap something onto your wrist in order to accurately gauge your fitness level might not be accurate. Your favorite wearable might not be, either — or at least any more accurate at detecting steps taken than your phone. A new study claims apps are just as good at monitoring your activity level than some of the top wearables on the market. The University of Pennsylvania tested apps and wearables in a controlled environment, and the results are pretty interesting.

In a treadmill test, 14 subjects did two 500-step cycles, then two 1,500-step cycles. All wore three fitness wearables — a Fitbit Flex, Jawbone UP24, and Nike Fuelband.

Two phones — an iPhone 5S and Galaxy S4 — were used in this testing. The iPhone 5S was running three apps simultaneously: Fitbit, HealthMate, and Moves. The Galaxy S4 was running Moves.

To provide a non-smartphone angle, subjects also wore pedometers and accelerometers attached to their waistband. An observer sat and counted their steps.

So what did this study find out? Apps were off roughly 6% in either direction. The three apps were, on average, either discounting or adding about 6% of steps taken.

Wearables had a massive margin of error, reducing the amount of steps actually taken by up to 22.7%. Interestingly enough, there was no positive from the wearables — they were always negative on actual steps taken, even though it was, at best, -1.5% (pretty close to center). 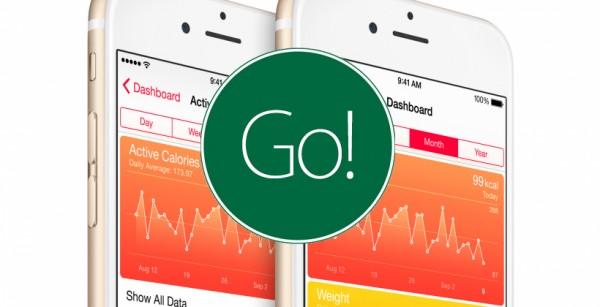 Does step-counting matter, though? It does, as apps take them into account to monitor how many calories were burned, or how much distance was travelled. If your wearable is off by as much as 22%, it’s an inaccurate portrayal of what you’re actually accomplishing.

It’s worth noting that wearables can track other stats, like how well you are or aren’t sleeping. They’re also a good idea for those who might not have a smartphone (Jawbone and Fitbit can sync to a computer). Wearables are also great for measuring your activity level when you don’t have your phone on you.

Still, if you thought you were getting somewhere by having a wearable instead of relying on your phone, that might not be the case.