A new study shows that human teeth hold information on the body’s health from the womb to the grave. Researchers at McMaster University point to the body’s first permanent molars, revealing a life-long timeline of information that lasts even after the body is dead. Think of it like a cross-section of a tree – each ring tells a story, each story reveals important details about not only the tree, but the environment in which the tree was living.

McMaster University researchers were led by anthropologist Megan Brickley. Brickley and crew worked with the microscopic layers of dentin that make up the largest part of the tooth. This is the layer under the shiny enamel. The enamel is the hard outer covering of a tooth – the part you see most often. 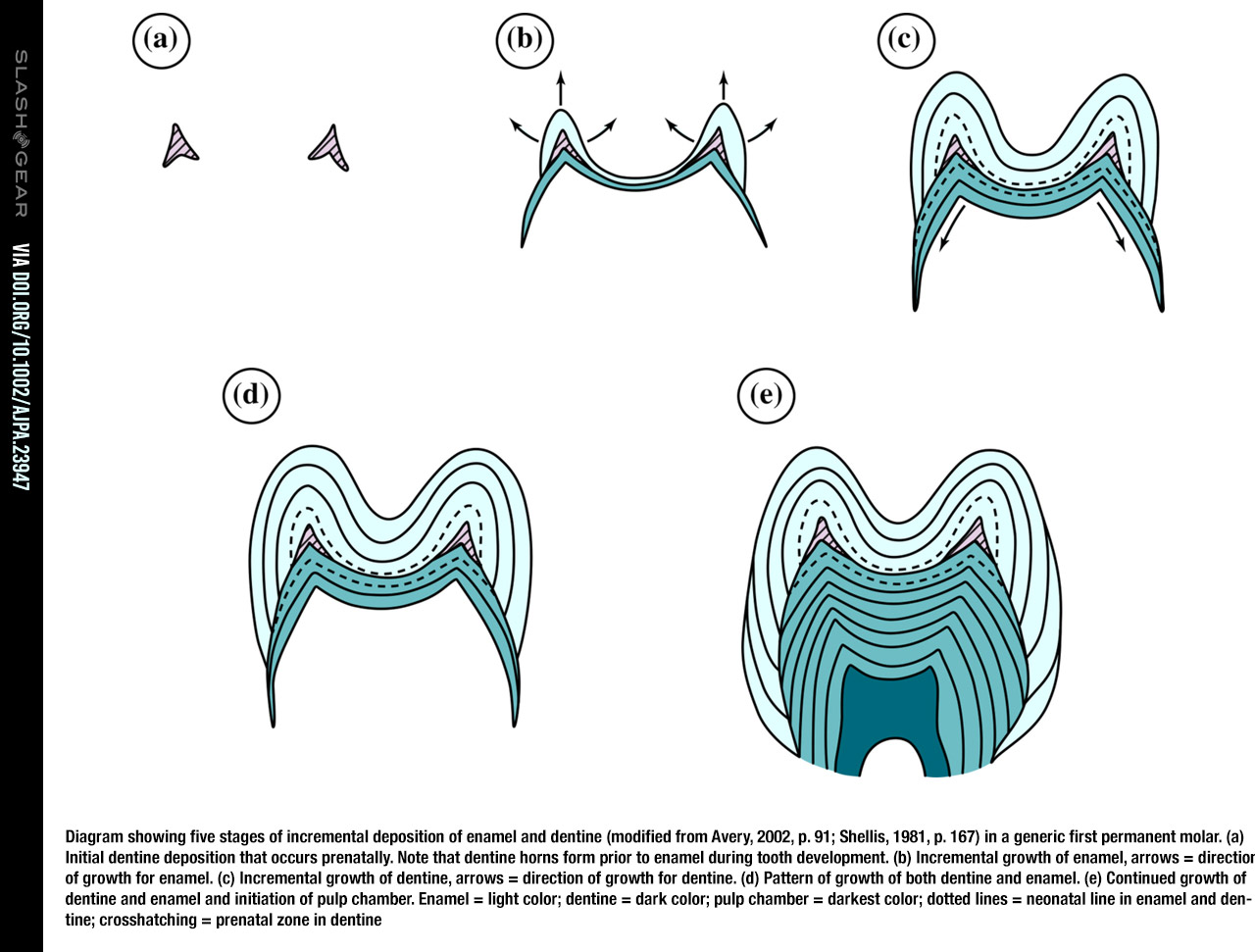 The enamel protects the inside of the tooth. When you get a cavity, the result can be exposed dentin, and the potential for exposure of the pulp (the innermost layer) and the blood vessels therein. If you’ve ever seen Ren and Stimpy Season 2, Episode 3, “Ren’s Toothache”, you know what I’m talking about.

Layers of dentin inside a tooth are formed in an array of ways that can be quantified. If the body had enough Vitamin D, layers of dentin form in as adequate a way as possible. In times when Vitamin D is not supplied to the body, the tooth shows slower or less solid growth in its layers of dentin. 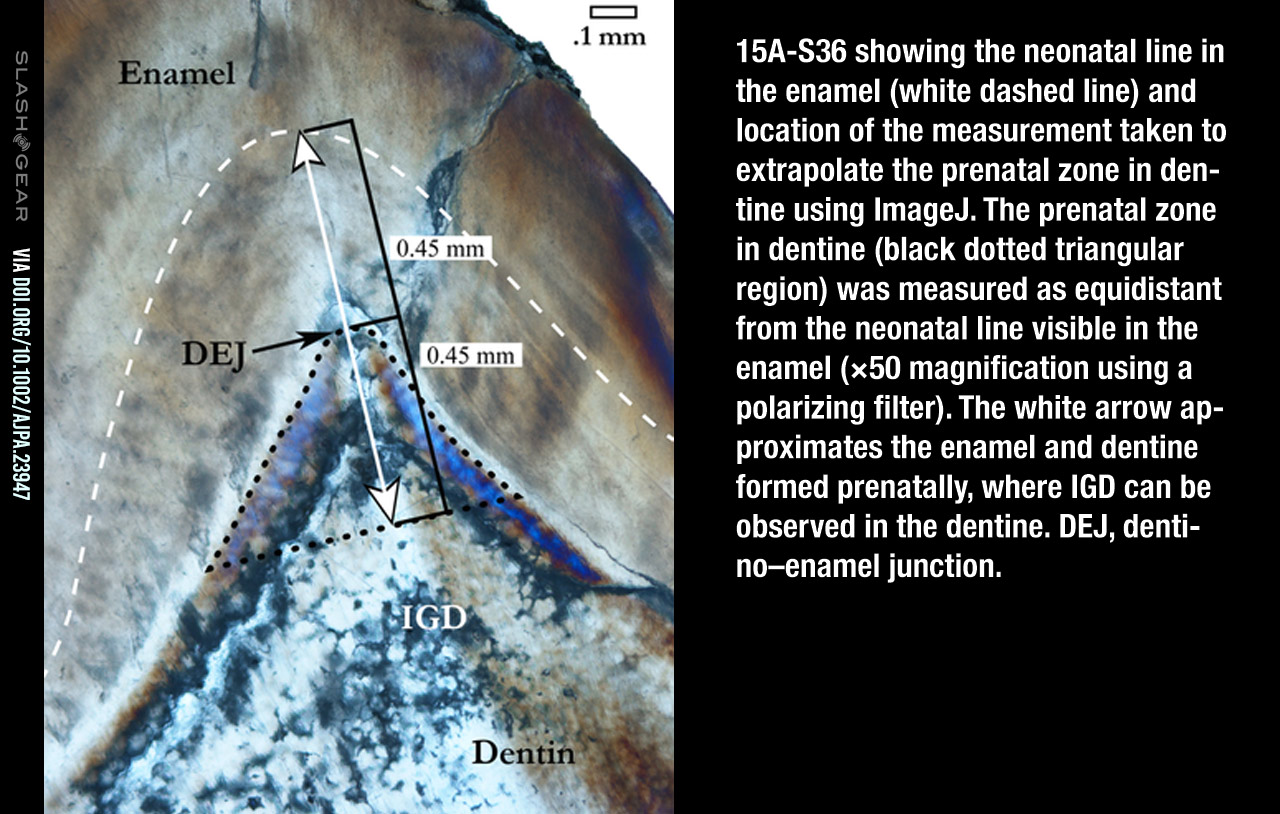 Since the first permanent molars begin formation in the womb, this recording tool can show intergenerational links between the fetus and the mother. “We’ve been able to set out really clear evidence that there is part of the first permanent molar that records what happened in the life of the mother,” said Brickley with Pyhs.org. The hard tissue of the teeth is formed around 3 to 4 months of gestation – the dentin’s already growing before that!

“This is a tool that people can use,” said Brickley. “It can be used in current health research, and in bio-archaeological research.” 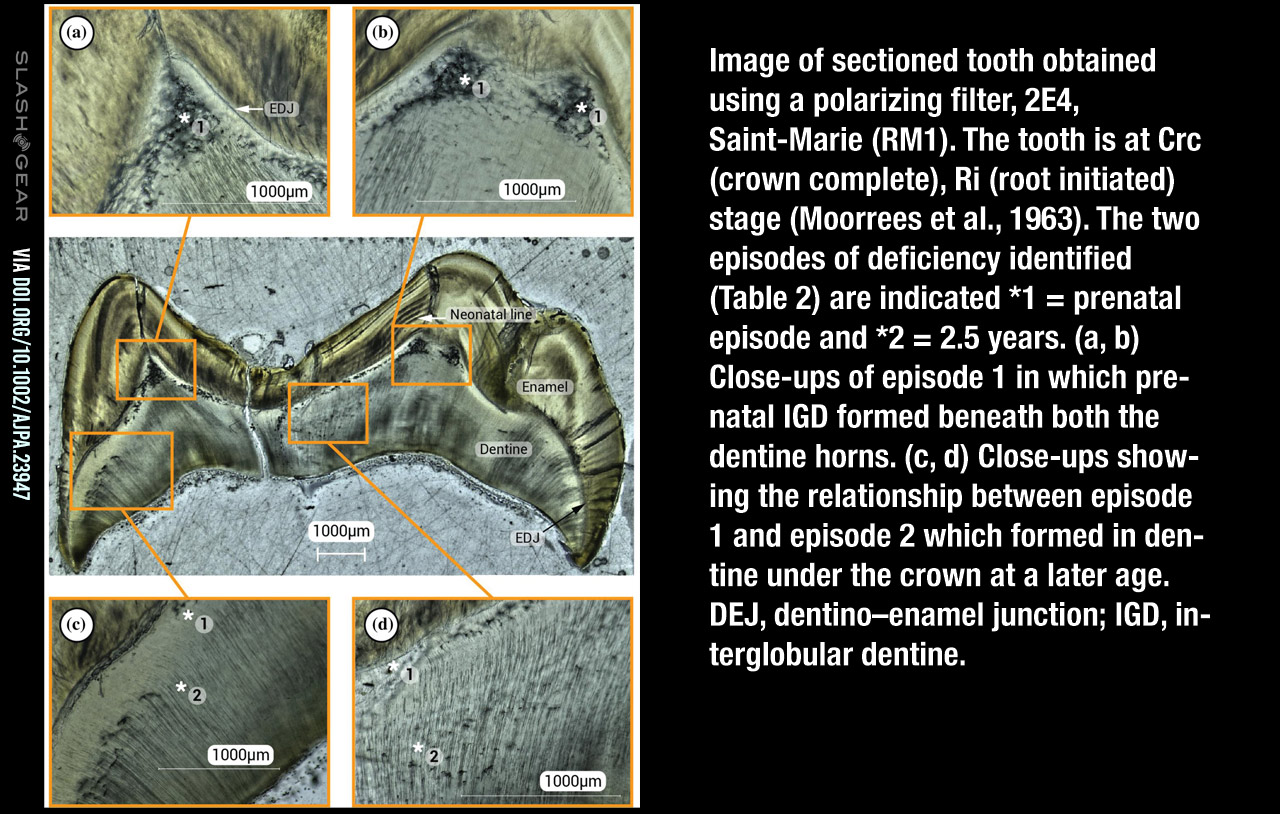 For more information on the this subject, take a peek at the paper “Using teeth as tools: Investigating the mother–infant dyad and developmental origins of health and disease hypothesis using vitamin D deficiency” with DOI:10.1002/ajpa.23947 as published by the The American Journal of Physical Anthropology. This paper was authored by Megan B. Brickley, Bonnie Kahlon, and Lori D’Ortenzio