We are, right now, headed down a road that leads to this planet’s 6th mass extinction. It’s not inevitable, but it is highly likely, and it’s not particularly likely that we’ll be able to avoid massive loss of life over the next few hundred years. A study published this week added to previous assertions that we’re headed toward global trouble, suggesting that “over 40% of insect species are threatened with extinction” right this minute.

“If insect species losses cannot be halted, this will have catastrophic consequences for both the planet’s ecosystems and for the survival of mankind,” said Francisco Sánchez-Bayo, co-author of the study published this week. 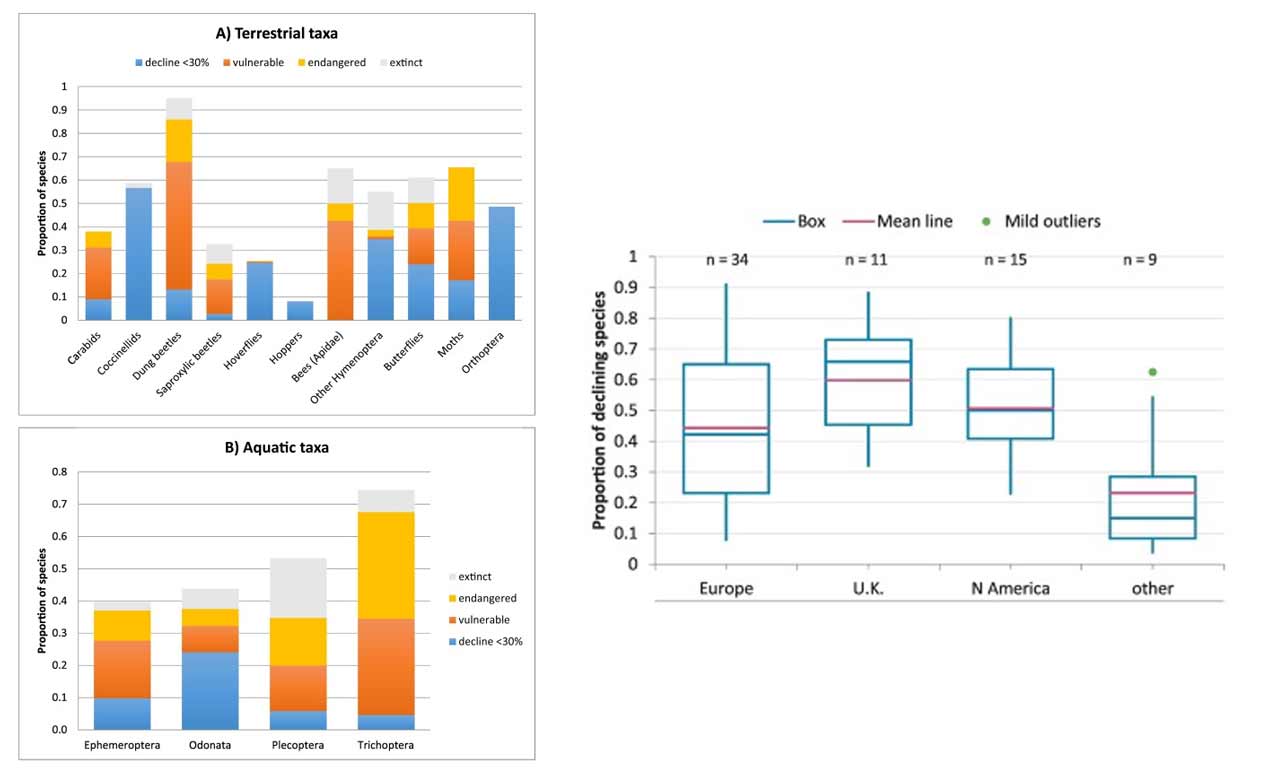 The study published this week suggested that the total insect population on our planet is currently decreasing at a rate of 2.5% a year. “[That] is very rapid,” said Sánchez-Bayo “In 10 years you will have a quarter less, in 50 years only half left and in 100 years you will have none.”

Francisco Sánchez-Bayo hails from the University of Sydney, Australia and wrote the study at the China Academy of Agricultural Sciences in Beijing with partner Kris Wyckhuys. Wychkuys is also from the School of Biological Sciences, University of Queensland, Brisbane, Australia.

A study published in a June 2015 issue of Science Advances (DOI:10.1126/sciadv.1400253) showed the Cumulative vertebrate species recorded as extinct or extinct in the wild by the IUCN (through 2012). IUCN: International Union of Conservation of Nature. Notice the increased rate in recent years. 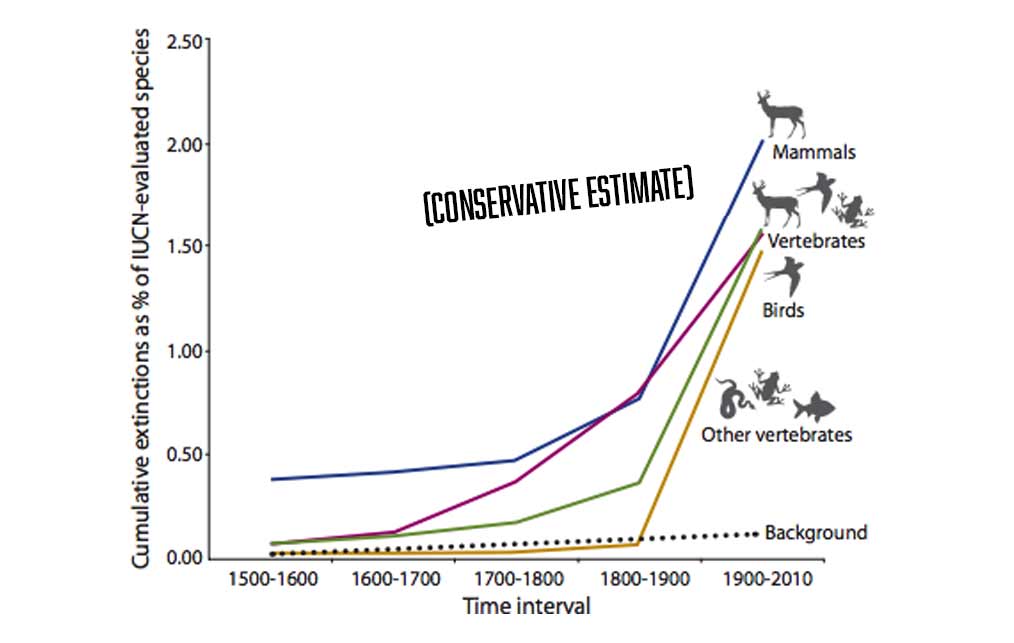 That research paper (quoted above) went by the title “Accelerated modern human–induced species losses: Entering the sixth mass extinction.” In it, researchers wrote the following.

“These estimates reveal an exceptionally rapid loss of biodiversity over the last few centuries, indicating that a sixth mass extinction is already under way,” wrote researcher Gerardo Ceballos et all., “Averting a dramatic decay of biodiversity and the subsequent loss of ecosystem services is still possible through intensified conservation efforts, but that window of opportunity is rapidly closing.”

It’s apparent that the assessment of this overall extinction is the same, despite the study. In the most recent insect-centric study, the authors offer the following. “[These] trends confirm that the sixth major extinction event is profoundly impacting [on] life forms on our planet,” wrote the authors.

“Unless we change our ways of producing food, insects as a whole will go down the path of extinction in a few decades,” wrote Francisco Sánchez-Bayoa and Kris A.G. Wyckhuys. “The repercussions this will have for the planet’s ecosystems are catastrophic to say the least.”

To read more about this catastrophic subject, head over to the publication Science Direct right this minute. Volume 232 for April 2019 (published online in February), included “Worldwide decline of the entomofauna: A review of its drivers.” This paper worked with code DOI:10.1016/j.biocon.2019.01.020 and was authored by Francisco Sánchez-Bayoa and Kris A.G. Wyckhuys.