A new study was recently published in Nature Astronomy that concluded known geochemical processes cannot explain the levels of methane measured by the Cassini spacecraft on Saturn’s frigid moon Enceladus. The team says an unknown methane-producing process is likely at work hidden in the ocean underneath the moon’s icy shell. Scientists know that giant water plumes erupt from Enceladus, and they have long wondered if the sub-surface ocean believed to lie between the moon’s rocky core and its icy shell might harbor life.

The Cassini spacecraft detected relatively high concentrations of certain molecules associated with hydrothermal vents on the bottom of the ocean on Earth. Molecules detected included dihydrogen, methane, and carbon dioxide. High levels of methane discovered in the plumes Cassini investigated were particularly unexpected.

Researchers on the project wanted to know if it’s possible that earthlike microbes could be eating the dihydrogen and producing methane in the amounts detected by Cassini. Microbes of that type are known as methanogens. Scientists want to explore that sub-surface ocean, but note doing so would require an extremely challenging deep-dive mission not in sight for a couple of decades. 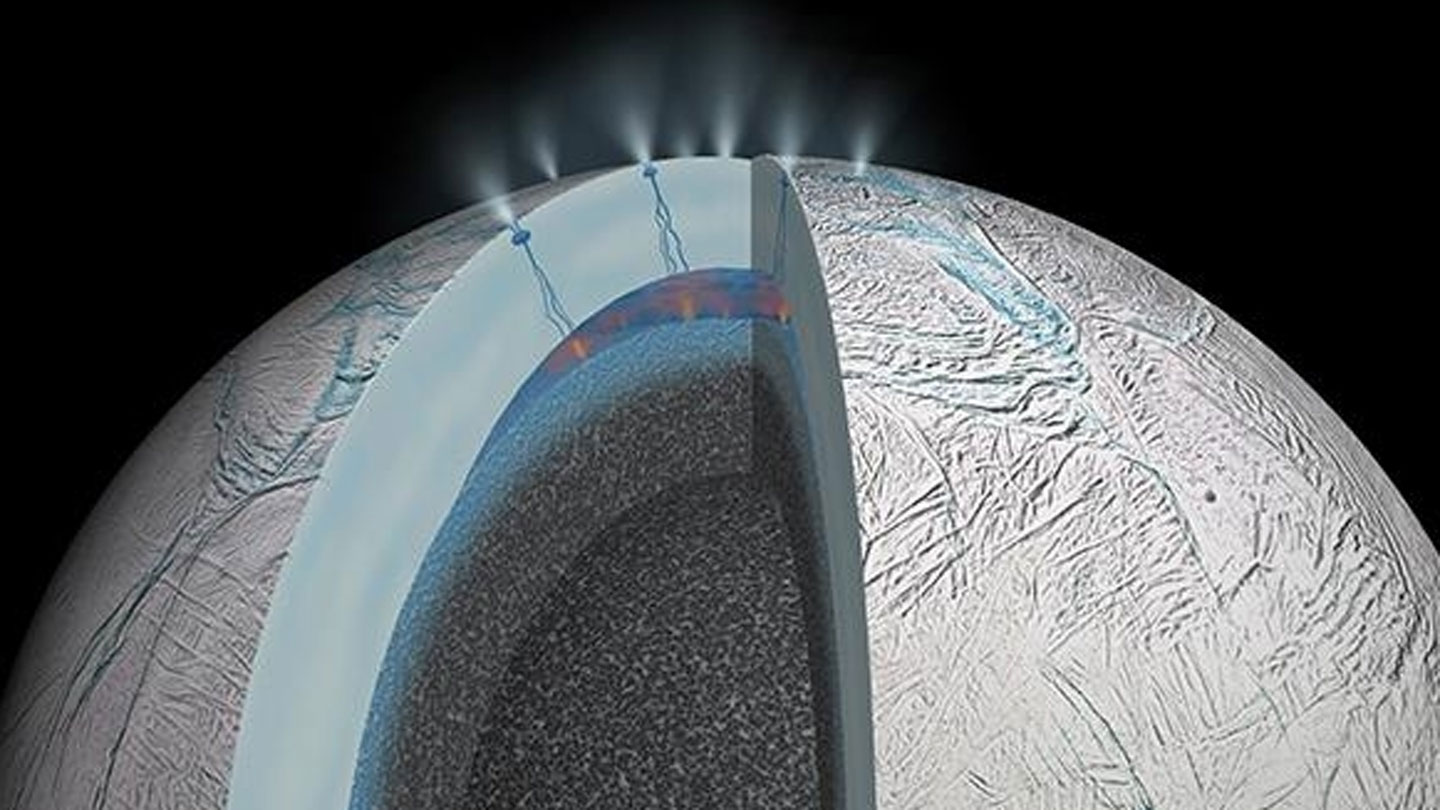 The conclusion was that Cassini’s data was consistent either with microbial hydrothermal vent activity or processes that don’t involve life forms but are different from those known to occur on earth. Hydrothermal activity on Earth happens when cold seawater seeps into the ocean floor and circulates through the underlying rock. Then, when it passes close to a heat source, such as a magma chamber, it spews out into the water again through hydrothermal vents. Scientists suspect similar processes on Enceladus are responsible for the plumes erupting from its surface.