Enceladus, the icy white moon covered with bright blue stripes, is home to a massive subsurface ocean that scientists are increasingly interested in exploring. New research out of Carnegie Science details the cause of these unique stripes, explaining why the fissures are only found on the moon’s south pole and why they are spaced out so evenly.

Enceladus is one of several moons orbiting Saturn. Though it’s only the sixth-largest of these moons, scientists have been particularly interested in the celestial body due to its subsurface ocean, which sprays water through the large cracks that form on Enceladus’s icy surface. This same ice, which is very clean, makes the moon particularly reflective. 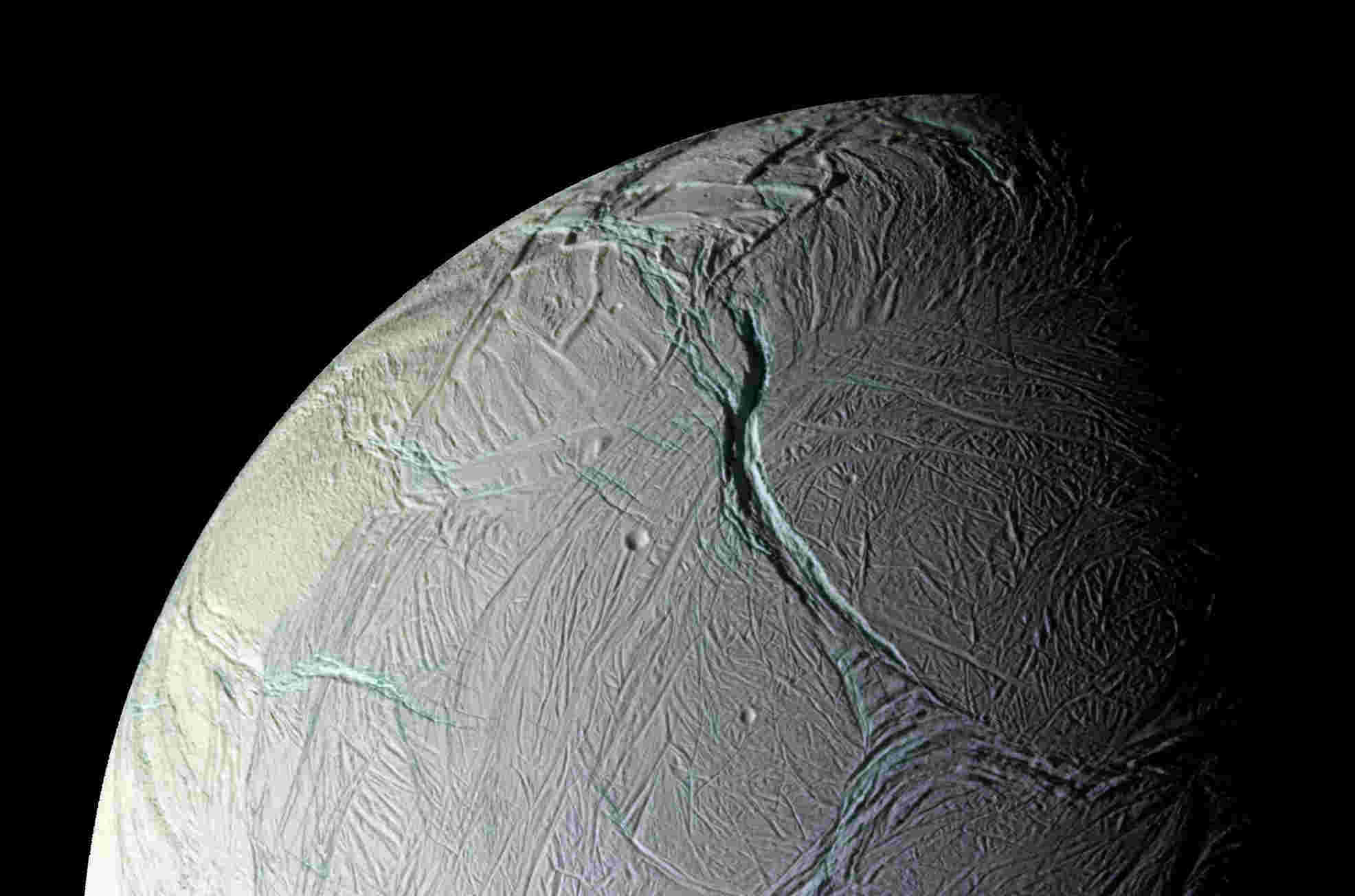 The study notes that Enceladus is somewhat deformed due to its unique orbit around Saturn, one that sometimes puts it closer to the planet than other times. It’s this same orbit that causes internal heat on the moon, preventing it from turning into a gigantic ball of ice; below the shimmering surface is a liquid ocean.

As you may expect, the large cracks in the icy crust form when some of the water below freezes, causing it to expand. This expansion, as with asphalt roads and sealed bottles, creates pressure that may cause the solid surface above to split. These fissures are spaced around 21 miles apart and they measure around 80 miles in length.

The moon’s poles are more prone to cracking than the other parts of the sphere due to the thinner ice in these regions. It just so happens that the south pole experienced the cracks before the north pole, though either destination was a possibility. The ‘Baghdad’ fissure is believed to be the first crack to have formed, contributing to the other large splits.