Study finds milk may shorten lifespan, but with one big exception

A growing body of research has linked milk consumption to potentially negative health effects, particularly when it comes to aging — and yet, other studies have found that consuming fermented milk products like yogurt and kefir may help protect health. A new study out of Germany explores the effects of pasteurized non-fermented milk on health and why fermented dairy doesn’t have the same negative impact.

Sweden is often the focus when it comes to dairy studies for one big reason: milk consumption in the nation is high. This provides researchers with a chance to study the potential effects of milk on health over time and contrast the data with information from other places where milk consumption is typically low. 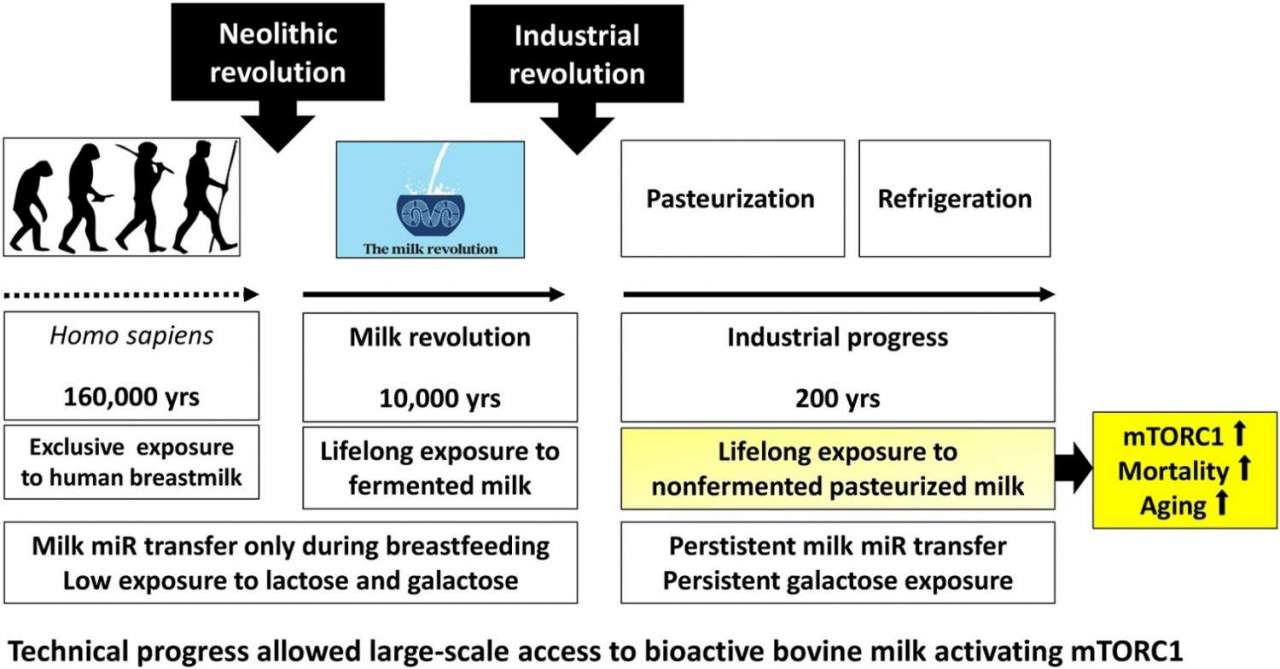 A number of past studies that focused on Sweden found a link between drinking pasteurized milk and all-cause mortality. On the flip side, however, a body of research has linked fermented dairy products like yogurt with health benefits — something often attributed to the variety of good bacteria found in these products.

This latest study focused on possible mechanisms behind pasteurized milk’s impact on aging and how it relates to fermented dairy products, finding that non-fermented milk enhances mTORC1 signaling, the consequence of which is shortened lifespan.

However, fermented products like yogurt feature lactic acid bacteria that degrade the exosomes and galactose found in milk while metabolizing its branched-chain amino acids. This, among other things, impacts the microRNAs that enhance mTORC1 signaling, reducing the dairy’s effect on aging and the resulting increase in mortality.

The findings suggest that societal changes leading to the refrigeration and pasteurization of milk — and its effect on reducing how often fermented dairy is consumed — may be a factor in human aging and mortality rates. The study joins past research on some other potential consequences that come with consuming too much milk, such as an increase in breast cancer risk.