A shark washed ashore this year in Libya, on the Mediterranean coast. It was April, and a group of citizen scientists captured photos and video of the creature as it appeared DOA at the edge of the water. The shark was a bigeye thresher (Alopias superciliosus), and it had (what appeared to be) a sword embedded in its back. NOTE: Photos above and below were captured by The Ichthyological Society of Japan, 2020.

This shark isn’t small. It’s not the sort that’d go around attacking sword-wielding humans unprovoked – but the sword wasn’t the sort that a human would use, anyway. The broken weapon in this shark was the pointed, flat bill of a swordfish. But why would a swordfish attack another shark?

Above and below you’ll see images captured of the shark as it washed ashore earlier this year, as well as imagery from the research paper published about this shark’s ultimate fate. 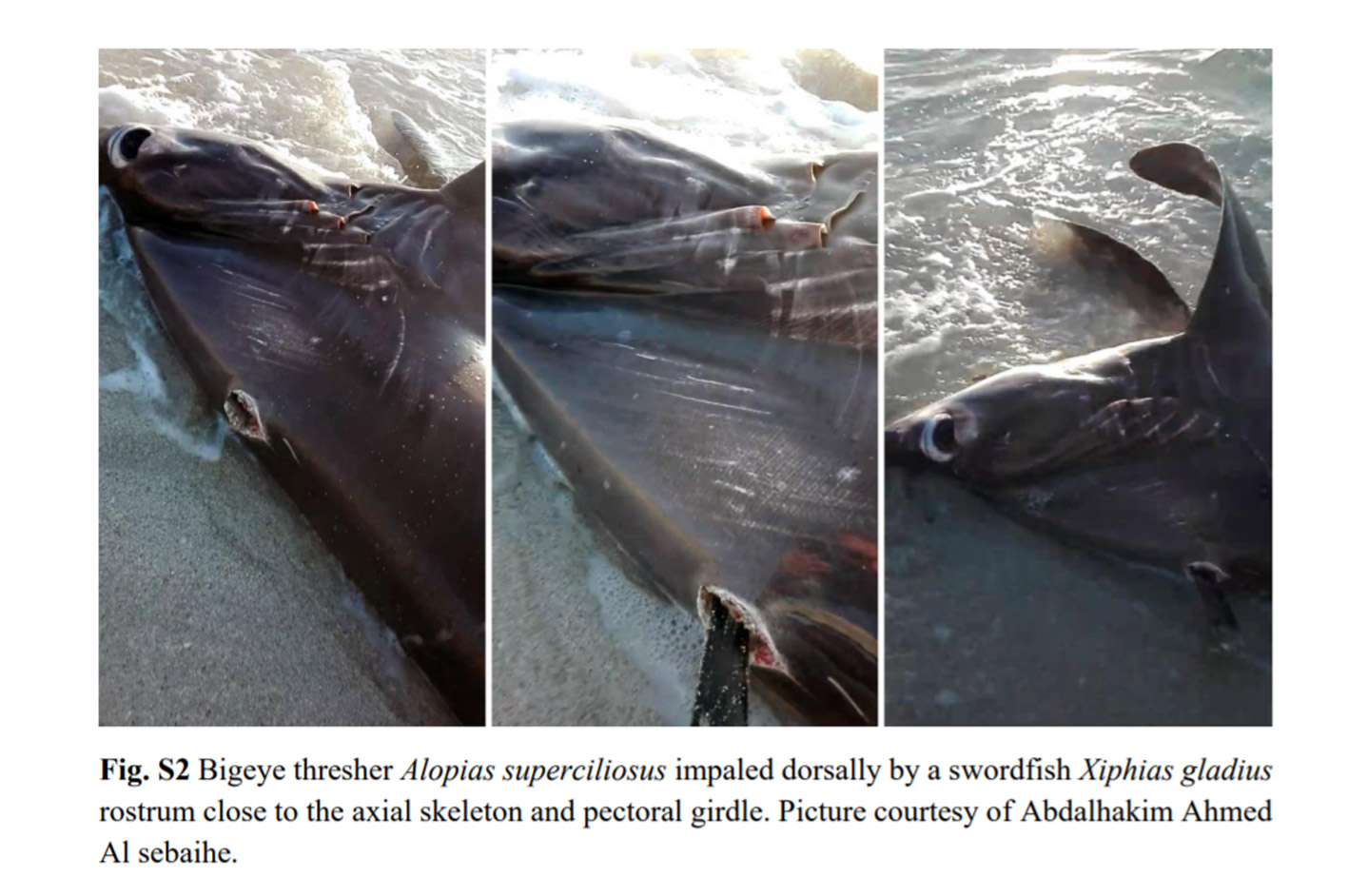 Researchers Patrick L. Jambura, Julia Türtscher, Jürgen Kriwet, and Sara A.A. Al Mabruk took the dead shark in for study, and released their results in a paper with the scientific publication Ichthyological Research. They discussed how the shark died, and how the most likely reason why a swordfish “sword” was found inside was a battle over prey. 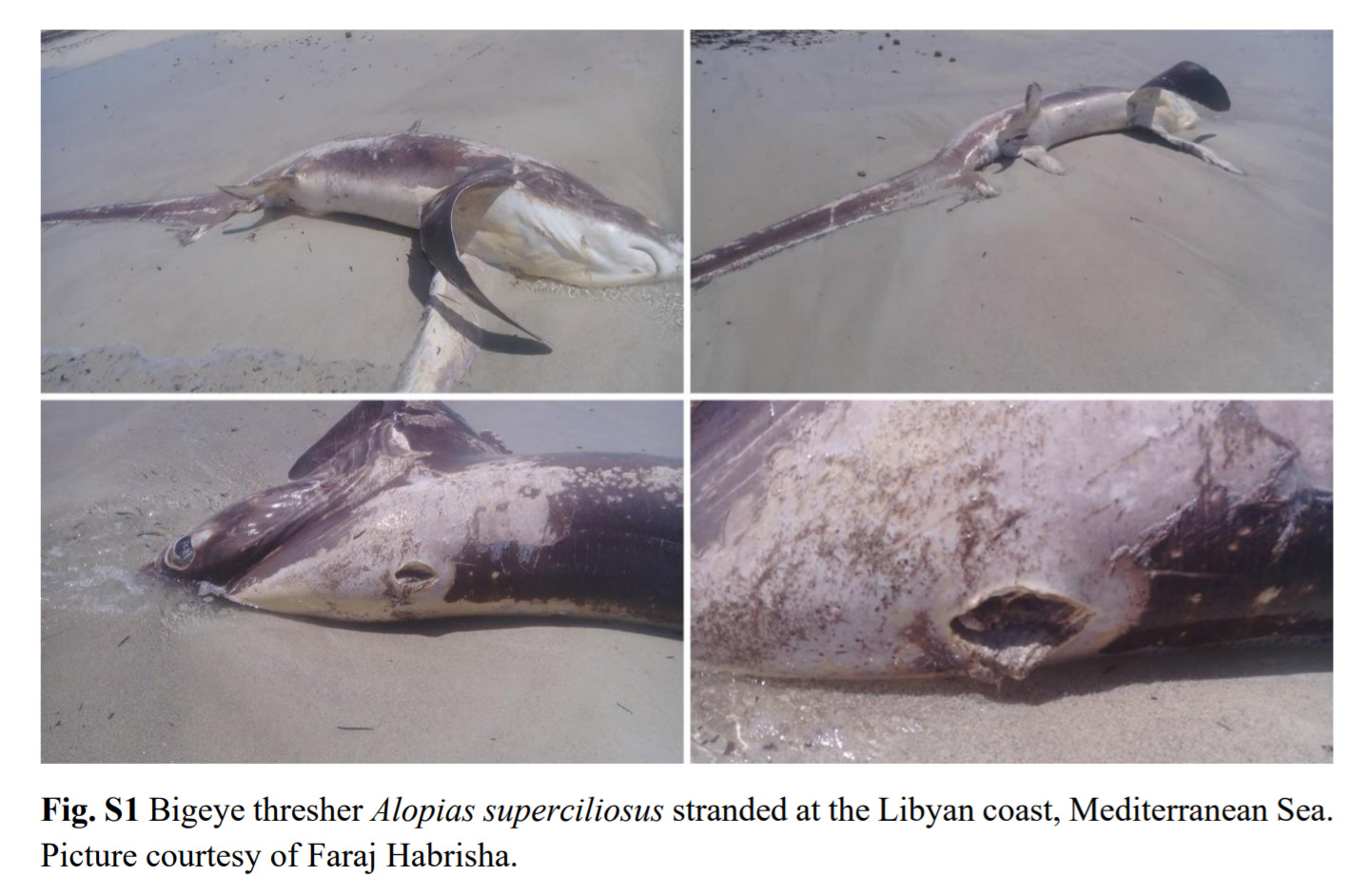 “The most likely scenario is that both species were hunting on a school of fish or on squids in the deep,” said Jambura with Live Science this week. “We know that the swordfish attacked from above — the shark was most likely not even aware of the danger [it] was in until it was too late.” 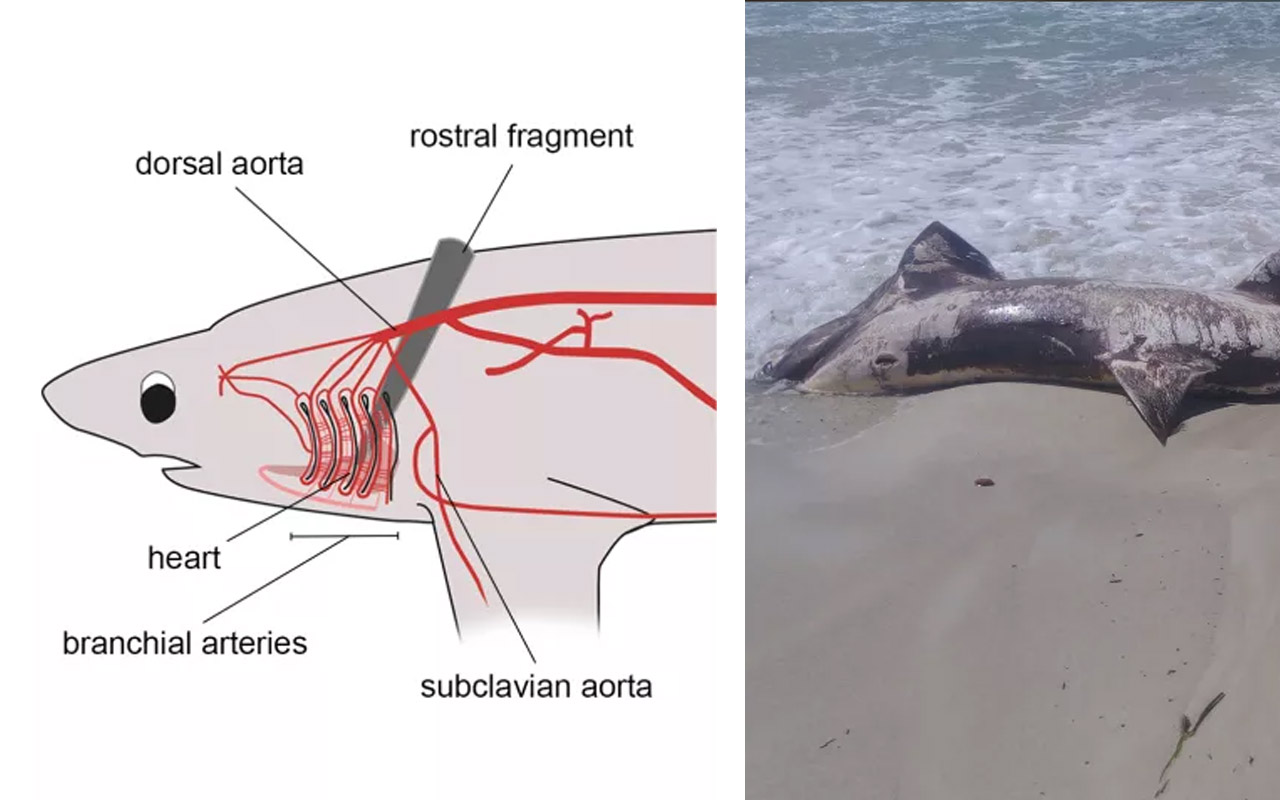 For more information on the research noted above, take a peek at the research paper Deadly interaction between a swordfish Xiphias gladius and a bigeye thresher shark Alopias superciliosus. This paper was published with coe DOI:10.1007/s10228-020-00787-x in Ichthyological Research. Authors of this paper include Patrick L. Jambura, Julia Türtscher, Jürgen Kriwet, and Sara A.A. Al Mabruk.