These days, we’re used to seeing researchers and scientists create robotic limbs with a purpose of adding or enhancing the abilities of existing body parts. But here’s one that’s designed with the simple purpose of helping communicate with hearing impaired people. At the University of Antwerp in Belgium, a team of engineering students have built a 3D-printed robotic arm that can perform sign language.

Dubbed ASLAN, for “Antwerp’s Sign Language Actuating Node,” the project came about after the students decided they wanted to address the lack of interpreters for people who communicate with sign language, like the deaf and hearing impaired. Designed and built over three years, the arm can form the gestures that make up the letters and numbers of basic sign language. 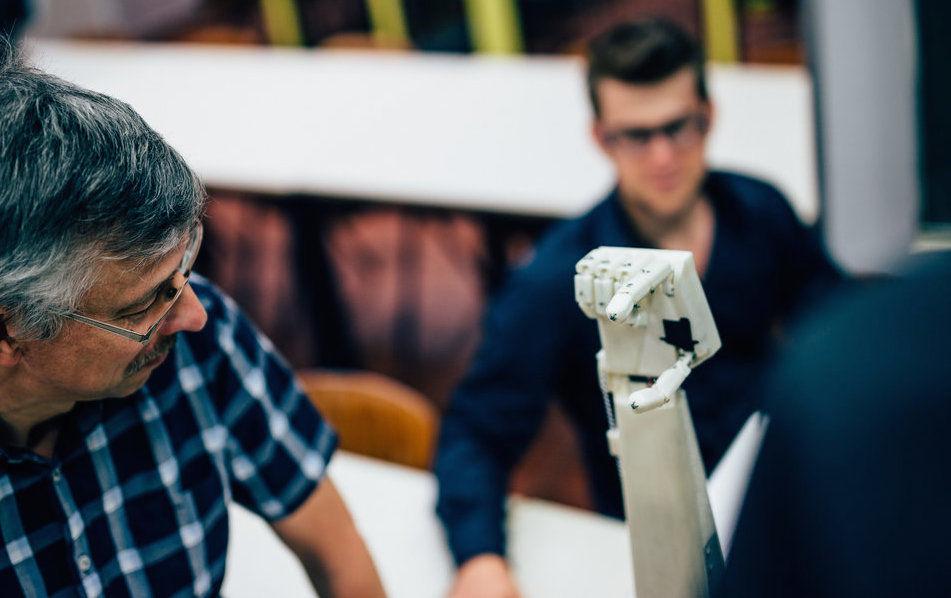 Their first prototype is built from 25 3D-printed parts, 16 servo motors, 3 motor controllers, and an Arduino board, and the whole thing can be assembled in about 10 hours. This emphasis on using easily accessible materials in important, as the team plans to make the final design open source with the hope that the robot can be produced anywhere in the world where people are in need of a sign language interpreter.

The goal is not create a robotic arm that can replace interpreters, as the students admit it’s only one arm and thus can’t make the complicated gestures of sign language that require two hands, but to design a solution for helping those who communicate with sign language that’s available even when a translator isn’t. A tool like this could be invaluable in situations like a court room or classroom in the event an interpreter can’t be there.

ASLAN works by connecting to a network and searching for any updated sign languages from around the world, and from there connected users can send a message, which the robotic hand will then communicate one gesture at a time. In the future, the students hope to have the robot be able to recognize and learn gestures through a webcam, as well as create a second arm that allow it to work as a pair.