DARPA shows off robotic prosthetic arm that can feel

DARPA is at the leading edge of many different research fields and makes some incredible breakthroughs that have a way of becoming common products over the years. One of DARPA’s latest breakthroughs is a prosthetic limb that allows the wearer to feel what they are holding or touching. The ability to feel was added to a mind-controlled robotic prosthetic arm that was first announced back in July. 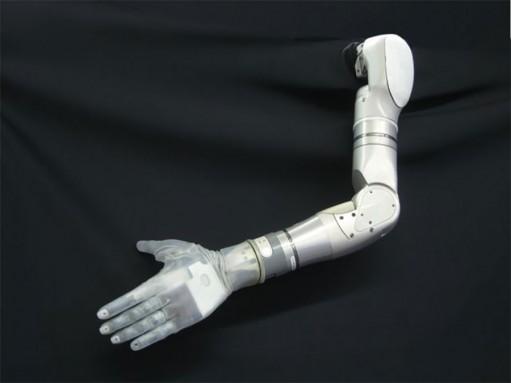 The ground breaking prosthetic arm is the result of a research project that has been running the last nine years called Revolutionizing Prosthetics. DARPA hasn’t yet offered up all the details on the research project, we still don’t know just how well the prosthetic can differentiate between textures or surfaces.