It’s not just a descriptor of the personality of the brief owner of the late Steve Jobs’ iPad, Kenneth Kahn is actually a real performer also known as Kenny the Clown. This month Jobs family residence was broken into whilst being renovated, the thief being a friend of Kahn and, according to the clown, “a nice guy who made a horrible, horrible mistake.” The robbery had one Kariem McFarlin picking up tens of thousands of dollars worth of goods that included jewelry, Cristal Champagne, and lots and lots of Apple gear.

Of course as Apple implemented “find my iPad” and other location-aware software into their operating systems and newer gear over the past few years, it wasn’t long after the heist took place that the thief was caught. The thief confessed to the crime and the breaking and entering of other homes in the recent past once he was identified by the police via his iTunes account. Once he understood that he’d stolen goods from the home of Steve Jobs (a fact he did not known before the event), he wrote a letter of apology to Jobs’ widow. 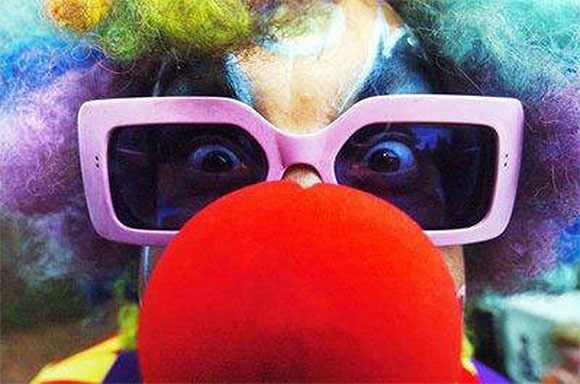 The clown Kahn, on the other hand, simply gave the tablet back to the family, noting that he had no idea that it was stolen in the first place.

It would be like getting a football from Joe Montana that was stolen out of his house. If this thing weren’t so tragic, it would be comical. It’s bizarre; it’s really bizarre.” – Kahn

Kahn noted also that he’d coached McFarlin on a highschool basketball team more than ten years ago and had been friends with the man ever since. While the iPad was in the clowns possession, he used it to download songs to play while doing his clown routine for tourists and kids in the area.