Way back in 1983, a time tube was buried in conjunction with the 1983 International Design Conference in Aspen, Colorado. When the tube was buried it was supposed to have been dug up in 2000 and the contents revealed to the public. However, changes in the landscape meant that the tube was lost.

One of the most interesting items stuffed into that time tube came from Steve Jobs. Jobs put a mouse from Apple’s first mass-market computer called the Lisa inside the tube along with hordes of other material from other people who attended the conference. A television show that will air on the National Geographic Channel called Diggers discovered the tube recently. 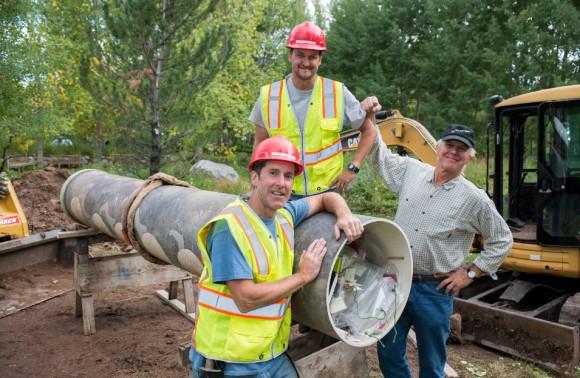 For now, the producers of the television show are withholding most of the details of what was discovered inside the time tube. They have teased about Jobs’ mouse being discovered, but have offered no photographs of the device. Presumably, they’re withholding the details on the most interesting objects until the episode airs sometime in early 2014. 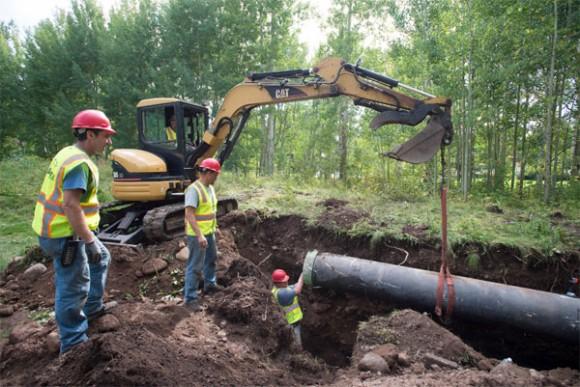 We can tell from the photographs offered is that someone stuffed a six-pack of beer inside and there are a huge number of plastic bags with personal items placed inside as well. We can also see in the photograph a number of what appear to be name badges from conference attendees and a bunch of little cards that say “The Future Is Not What It Used to Be” which was the conference title in 1983.

Steve Jobs addressed the attendees at this particular conference in 1983 with a talk some believe predicted some of Apple’s current successes such as the iPad along with wireless networking and the Apple App store. A few other items that the people who found the 13-foot-long capsule have noted were inside include an eight-track tape of The Moody Blues, a Sears Roebuck catalog, and a Rubik’s Cube.