SteelSeries has announced an updated version of the Nimbus controller for iOS devices that it launched in 2015. The new Nimbus Plus (“Nimbus+”) model builds upon the original, adding new features like clickable joysticks, which will make the controller more useful for playing a number of games like Fortnite on iPad. The model is being sold by Apple initially and will arrive through SteelSeries soon.

The SteelSeries Nimbus+ has the same general design as the original Nimbus controller, one that rivals controllers from gaming consoles in terms of build quality and functionality. Unlike those controllers, however, the Nimbus and its Nimbus+ sibling are made for Apple devices and they feature Lightning chargers, meaning you can recharge using the same cable used for your iPhone. 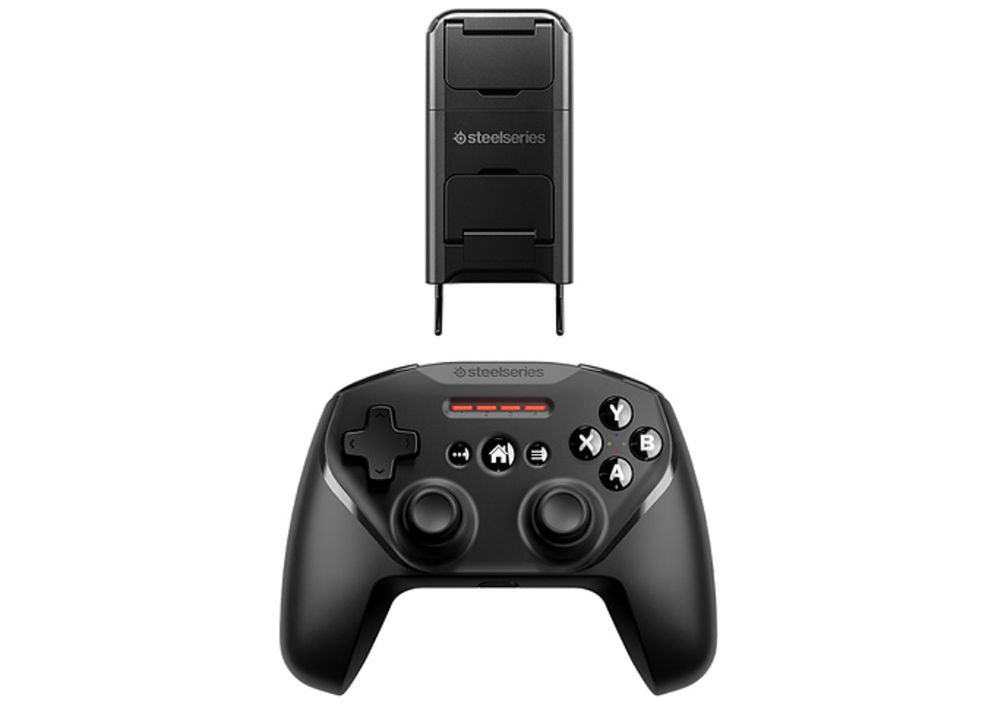 SteelSeries says that buyers can expect upgraded performance compared to the previous model, as well as up to 50 hours of run time on a single charge. The controller has a companion iPhone mount that enables users to easily attach their handset to the controller for portable gameplay.

In addition to dedicated navigation buttons, the Nimbus Plus model also features clickable L3 and R3 joysticks, which are necessary for playing certain games like Fortnite. In addition to the iPhone, this controller can be used with macOS computers, iPad, and Apple TV.

The Nimbus Plus is said to feature a high-performance Bluetooth module not found in the original model, as well as dedicated option and menu buttons. The controller is currently available from Apple for $69 and it will soon be available through SteelSeries’ website, too. The Stratus Duo is a similar alternative from SteelSeries for non-Apple device owners.