We’ve found ourselves smack in the middle of the Steam Summer Sale, and for many RPG fans, this time of year is both one of great excitement and one of horrible choice paralysis. There’s somewhere in the area of 1,500 RPGs available on Steam, and until July 4, the vast majority of them will be offered up at a deep discount. How do you know which one to buy? While I’ve yet to make my way through all the RPGs Steam offers, I have put together a list of 10 of my favorites, in the hopes that it may help some of you indecisive types find your next favorite game.

Divinity: Original Sin Enhanced Edition ($19.99, 50% off)
This is, quite possibly, my favorite game on the list. Divinity: Original Sin was launched back in 2014 after a wildly successful Kickstarter campaign by developer Larian Studios, and man did I eat it up. This is a favorite of many who look back longingly on the golden age of cRPGs, and it pays homage to the games that came before it appropriately. The graphics are spectacular, the environments are beautiful, the combat is tactical and deep, the leveling system is something you can really sink your teeth into, and the voice acting in particular really drives home the idea that this game was crafted with immense attention to detail and a deep affection for the genre. The Enhanced Edition take things even further than the original, adding new items, new dialogue, new quests, and reworking some skills from the original. It’s easily one of my favorite RPGs of the past decade and a steal at its sale price. Convince a friend to come along for a co-op experience neither of you will soon forget. 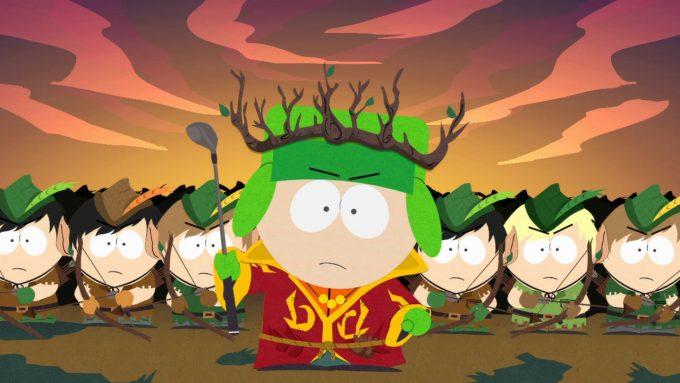 South Park: The Stick of Truth ($7.49, 75% off)
When I first heard that they were making a new South Park game, I wasn’t expecting much given the South Park games of years past. When I heard it was going to be an RPG, I began expecting even less. In my mind, South Park would never work as an RPG, but Obsidian Entertainment took that notion and smashed it to pieces with this game. Short by RPG standards but as long as I feel it needs to be to satisfy without overstaying its welcome, South Park: The Stick of Truth is the first video game to really nail what South Park is all about. It’s hilarious, vulgar, and well-written, and while the RPG mechanics tend to be a little on the cookie-cutter side of things, the enjoyable story is worth the cost of admission alone. 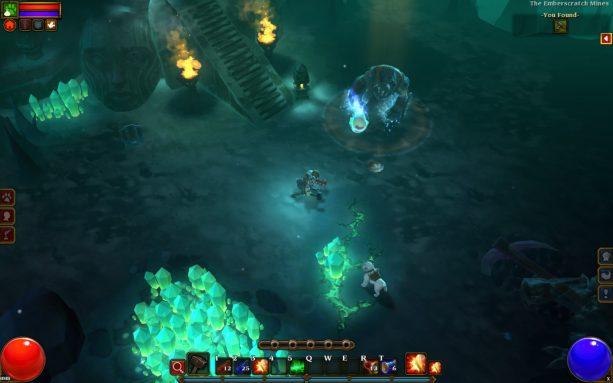 Torchlight II ($3.99, 80% off)
Let’s just get this one out of the way: Torchlight II was the game many players wish Diablo III had been at launch. While there’s nothing wrong with present-day Diablo III, Blizzard did a lot to streamline the action RPG mechanics that made its predecessor famous. Torchlight II offers up those missing mechanics a more hardcore fan might pine over, and it offers them in a package that is vibrant and addicting. Torchlight II takes everything the original Torchlight did well and improves on all of it, giving players a wide variety of viable builds to add to replayability. If you’re a fan of action RPGs, you owe it to yourself to give it a spin, and there’s even a demo you can test out if the $4 price tag somehow proves to be too much for an impulse buy. 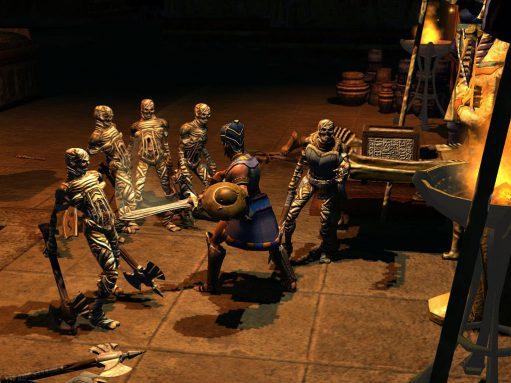 Titan Quest Gold ($4.99, 75% off)
The second action RPG on the list, Titan Quest has you slaying every monster in your path on a quest that starts you in ancient Greece, takes you through Egypt and China, and then eventually drops you in the Underworld as you attempt to slay the Titans of Greek Mythology, who have escaped their prison and are now raining terror upon the world. As a Diablo II-inspired action RPG, Titan Quest doesn’t do anything particularly daring, but it hits all of the action RPG notes almost perfectly, with varied environments, interesting characters, enjoyable classes, and a never-ending sea of loot. As with Torchlight II, any action RPG fan should get a kick out of this solid, albeit safe, title. 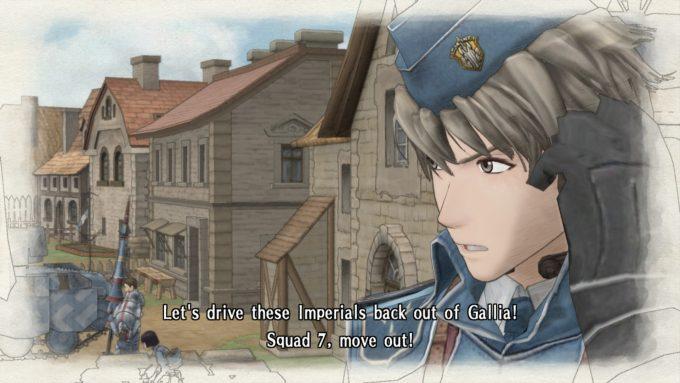 Valkyria Chronicles ($4.99, 75% off)
You’d be forgiven if you missed the launch of Valkyria Chronicles on Steam. The once-PS3 exclusive game launched on PC without much fanfare, but it’s worth a look nonetheless. Being a turn-based tactical RPG, this one skirts the definition of what some would consider to be a true RPG, but any fan of strategy games will have fun with this one nonetheless. Don’t let the anime style turn you away from the game, either, as the gameplay is excellent and the story interesting. Set on a fictional continent that is instantly reminiscent of World War II Europe, this game was a blast all the way through with its tough but satisfying battles. Even better is that Sega’s CANVAS graphics engine makes everything look like a watercolor painting come to life. It’s a very cool and unique game that’s worth owning if you’re a fan of tactical RPGs. 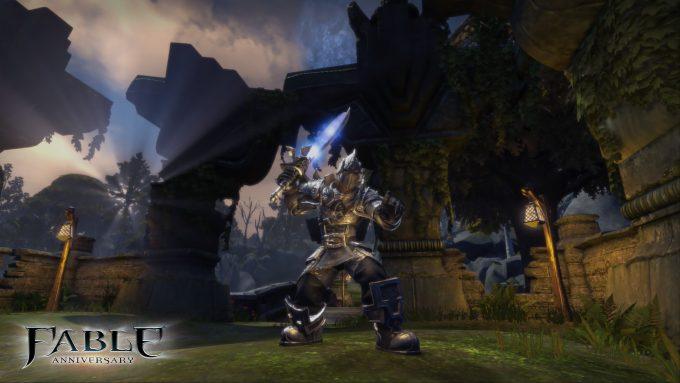 Fable: Anniversary ($5.24, 85% off)
For all of his faults when it comes to talking up games that eventually disappoint in one way or another, Peter Molyneux did manage to release a very good game in the original Fable. Many people who had the original Xbox will remember the game fondly, as will folks who played Fable: The Lost Chapters on PC back in the day. This is a remaster of Fable: The Lost Chapters, attempting to bring the now-outdated visuals up to speed with the modern era. It does that better in some places than in others, and aside from the graphics updates, it doesn’t add anything to the original experience. At its full price of $35, it wouldn’t be worth a purchase, but at five bucks and some change, it’s definitely worthy of your consideration, especially if you’ve never experienced the joy that is the original Fable. 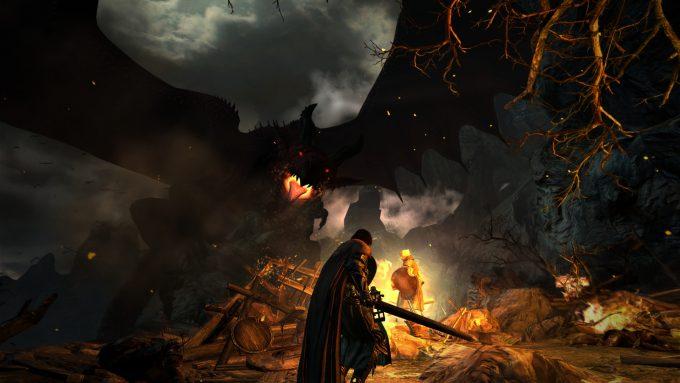 Dragon’s Dogma: Dark Arisen ($20.09, 33% off)
Another PS3 exclusive that eventually found its way to Steam, Dragon’s Dogma: Dark Arisen is on this list simply because of all the new things it tries. Instead of having a party of scripted NPC characters, players will create a companion called a pawn and then fill out the final two slots in his or her party by “renting” pawns from other players. It’s a rather unique idea that actually ends up adding a lot to the game, and the action takes things a step further. With giant trolls, larger-than-life dragons, and brutal orges to dispatch, Capcom was not content with merely letting you hack at their ankles, instead giving you the ability to scale the monsters to combat them. There are few experiences in RPGs more awe-inspiring than the first time you climb up the back of a dragon, only to have it take off and soar through the sky as you hack away with one hand and cling on with the other. If you’re looking for an RPG that does a lot of unique and awesome stuff and don’t mind the fact that it’s a little rough around the edges, Dragon’s Dogma: Dark Arisen is the game for you. 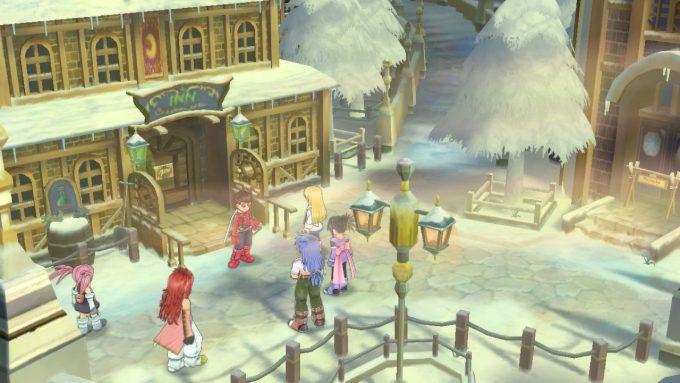 Tales of Symphonia ($7.99, 60% off)
We’re going pretty far back in time here, back to the days when the GameCube and PS2 were in their prime. Tales of Symphonia was the fifth JRPG in the Tales saga, released way back in 2003. GameCube and PS2 owners who managed to play this title tend to start uncontrollably gushing when you ask them about it, and for good reason: the cel-shaded art in the game was top notch, the battle system was fast and exciting, and the character interactions – which are generally pretty hit and miss in JRPGs – aren’t actually too bad. This splendid example of what happens when a JRPG manages to hit all the right notes hasn’t lost much of its luster in the years since its release, and for $7.99, it’s at a good price whether you’re looking for a nostalgic return to the game or you’re experiencing it for the first time. 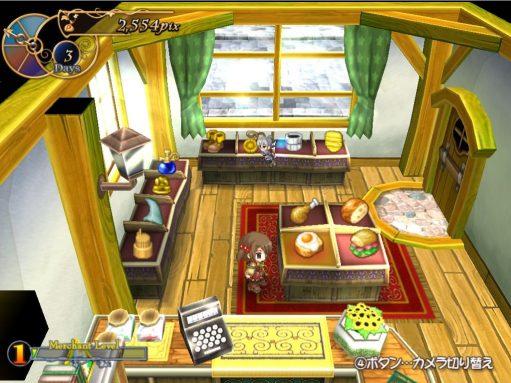 Recettear: An Item Shop’s Tale ($4.99, 75% off)
Ever wonder what it’s like to be an NPC shopkeeper in an RPG? Recettear: An Item Shop’s Tale answers that question and shows us that it’s surprisingly fun. In Recettear, you play as a girl tasked with reopening her absent father’s shop to pay down his long-ignored debts, haggling with customers, stocking your displays, and hiring adventurers to go dungeon crawling and bring you back more loot to sell along the way. The game proves to be more addictive than you’d initially expect, as it gives you the opportunity to go from selling inexpensive fruits and candies to massive weapons that are only found in the deepest dungeons and can only be wielded by the hardiest of heroes. It’s an interesting title that’s stuck in my mind ever since I played it for the first time years ago, and it’s worth a look for folks who want the feel of an RPG while escaping certain RPG tropes for a little while. 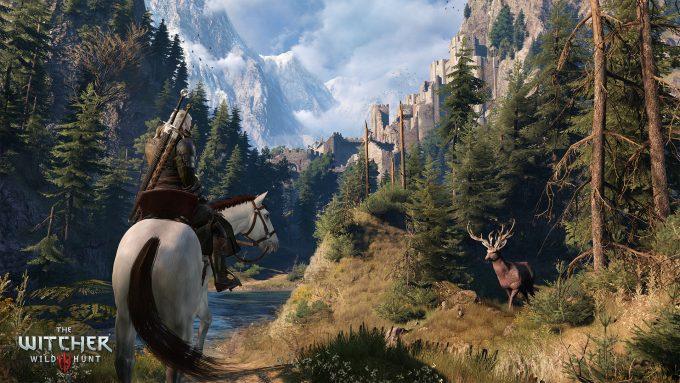 The Witcher 3: Wild Hunt ($24.99, 50% off)
Is it any surprise that The Witcher 3: Wild Hunt is on this list? If you haven’t played it yet, now is the best time to jump on this triumph of gaming. I’ve played a lot of RPGs throughout the years, and this is as close to perfect as they come. The writing is fantastic, the graphics are some of the best I’ve ever seen, the gameplay is instantly engrossing, and all of these come together to form one of the best RPGs of the modern era. It might even be the best RPG I’ve ever played. The bottom line is that it’s fantastic and it should own a place in your library if it doesn’t already.

Wrap-Up
That about does it for this list. Of course, there are a ton of RPGs that I couldn’t possibly cover, so I had to settle for my favorites this time around. This is where you come in: if there’s an RPG missing from this list that you feel deserves some recognition, let us know in the comments section below.