Steam users who happen to own a recent Samsung Smart TV are in luck, as they no longer need to drop $50 on the physical Steam Link box in order to play PC games on their television. Following a beta test back in early July, the official Steam Link app can now be downloaded from the Smart Hub store on Samsung Smart TVs, allowing users to play games from a PC in another room, minus the pre-release bugs.

Users must have a 2016 or 2017 model Smart TV, and it needs to be running the latest firmware version before the Steam Link app can be installed. Games can be streamed from a PC over WiFi or a wired network connection, and the latest Smart TVs will even support displaying them in full 4K. 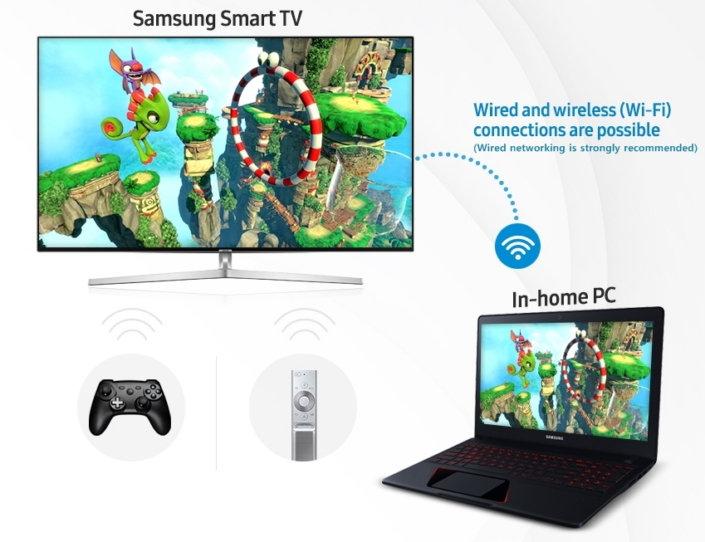 With the release of the final app, Steam has revealed that users can play games over Link using a wired or wireless Xbox 360 controller, wired Xbox One controller, Logitech’s F510/F710 controllers, as well as the Steam Controller.

Steam notes that it’s still working on the lag issue caused the Xbox controllers’ vibration function, and hopes to have a patch to fix it in the near future. Sadly there’s no word if the Xbox One controller will be supported with a wireless connection.