Valve has rolled out a new Steam beta, and this one is a big one. The changelog is rather brief, but some big changes are coming to the Downloads page in particular. In addition, we’re also seeing some updates for the Library, a few updates to the Linux version of Steam, and finally, some tweaks for SteamVR. The biggest changes, however, are found on the Downloads page.

It feels like it’s been a while since the Downloads page received some love, but that’s definitely changing with this beta update. Valve says the page has been redesigned with a “minimal and more focused design with stronger CTAs (Calls to Action).” The header art will now show you which game is currently being updated, and Valve says it has implemented a “more accessible color palette” for visually impaired users. You can check out a screenshot of the new downloads page below. 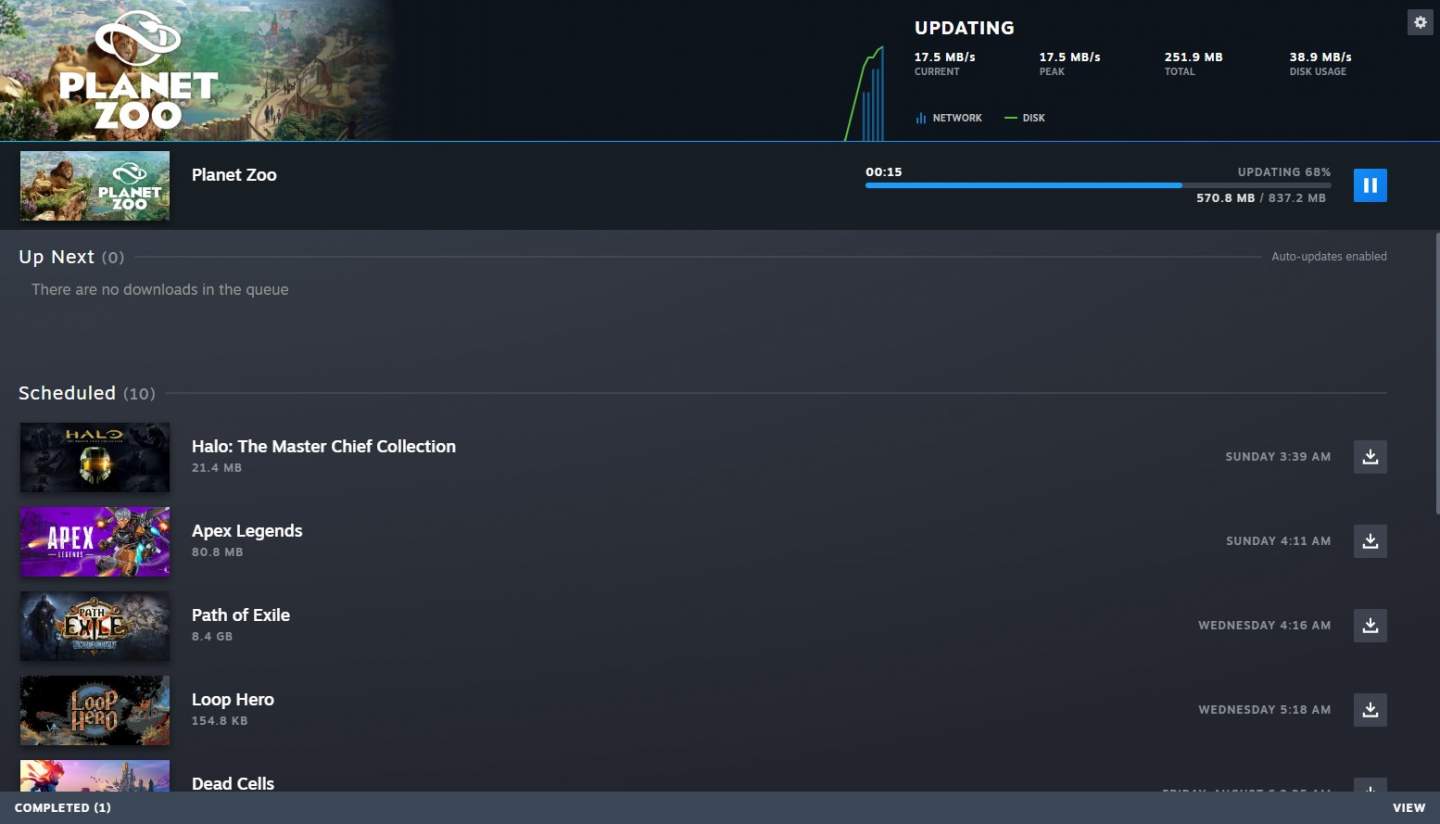 One of the biggest changes coming to the Downloads page is a revamped progress bar. Previously, that progress bar would only show download progress, which meant that downloads would often hang at 100% during the disk allocation process, tricking users into thinking there was some issue with the update. Now the download progress bar will show total progression, so we shouldn’t have any more instances where updates appear finished but, in reality, are not. 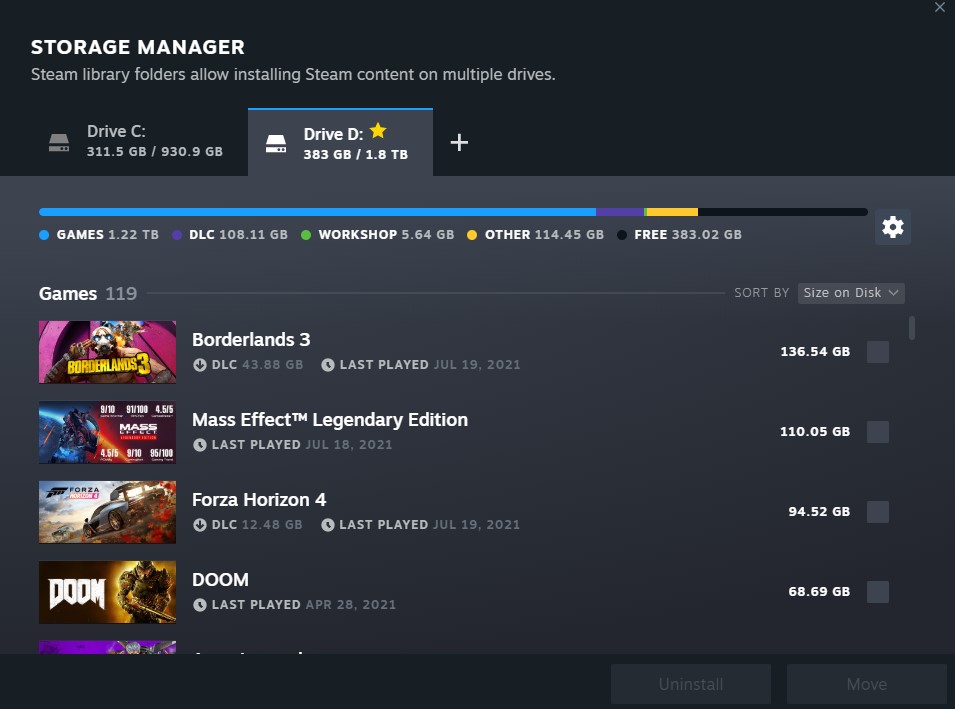 Going hand-in-hand with the new Downloads page is a library storage manager that can be accessed by hitting the settings wheel on the Downloads page and then selecting “Steam Library Folders.” This new storage manager will allow you to see all the Steam games you have installed on your various drives, giving you a look at how much space games and DLC are taking up on each drive and allowing you to move games between your drives if you have more than one. It seems like a very handy tool, particularly for users who have more games than space.

We’ve spent the entire article looking at the changes coming to the Downloads page because they’re the most significant by far, but Linux users and SteamVR users will also want to check the patch notes for updates that apply to them. If you want to opt into the Steam client beta, first open the Steam menu, go into the Settings, select “Account,” and then opt into the Steam client beta on that settings page; once you restart Steam, you should see all of the changes. We’ll let you know when these features roll out to everyone, so stay tuned for more.