Plenty of video games over the years have launched to try and help people have fun while getting fit. All you need to think about is the Nintendo Wii for a perfect example. A new video game system has landed on Kickstarter that uses your smartphone and your body as the controller called Stealth. Stealth is intended to help you get in shape while playing games on the smartphone.

The device is the first video game integrated core trainer and rather than counting your reps, users get to focus on setting the high score. The makers promise that in about three minutes daily you can get core training workouts into your schedule. To use Stealth, you download the game app and put your smartphone into the slot on the Stealth device.

Players get into the plank position and start playing. Players have to bend and twist the body to guide a circle in the game to a target in the game. Once aligned, you have to hold the position long enough to destroy the target. The games that go with the Stealth device are in beta right now and backers get some say in how they are developed. The app is offered for Android and iOS devices. 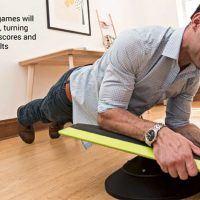 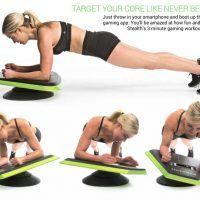 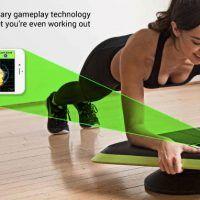 Stealth is on Kickstarter seeking $20,000 and has raised over $350,000 as of writing with 34 hours to go on the project. A pledge of $179 or more will get the Stealth core trainer and allow you to be a beta tester for games. Shipping is estimated for June 2017.