Star Wars: Uprising lands on mobile to prep you for the film

We’re now nearing the long-awaited premiere of Star Wars: The Force Awakens, so naturally the hype and marketing machine is in full force. From teasers to an adorable baby BB-8, expect merchandise and products, not to mention leaks and tips, to rain like crazy in the coming weeks. The latest in that parade is none other than the official “pre-” tie-in game to the film, Star Wars: Uprising, which Kabam just launched on Android and iOS to help prepare people, at least the public for the big movie.

Uprising takes place right in the middle of the Episode VI: Return of the Jedi and the upcoming Episode VII. Or to be more accurate, immediately after the events of Episode VI, as the trailer below narrates. The Emperor has just fallen and the Empire is desperately trying to regain control of the situation. Players take on the role of freedom fighters, smugglers, and anything under the sun fighting to keep that from happening in the newly introduced Anoat sector.

The game is an action RPG with a dash of cooperative multiplayer elements. Players design their own hero from different backgrounds, skills, and gears. No Jedi among the choices sadly. And while you mostly play alone, you do join others in determining how the in-game story progresses. Of course, that won’t have any effect on the movie. The game also offers real-time co-op with friends where you get to take out the baddies in synchronous quests.

Star Wars: Uprising was developed by mobile developers Kabam, whom Disney has already partnered with in its various franchises, particularly with Marvel games. The game, which is available for both Android, iPhone, and iPad, and iPod Touch is free to play, but do except the occasional in-app purchase for boosters. 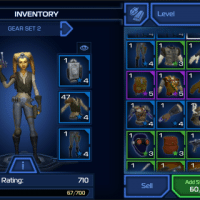 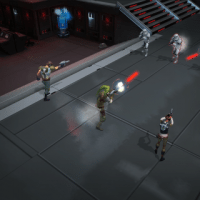 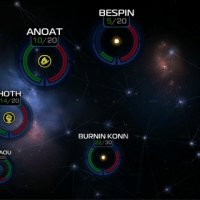 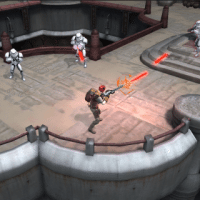 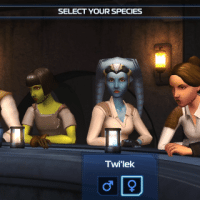