This morning a BUNCH of Star Wars: The Last Jedi info was data mined from the Star Wars “Find the Force” campaign meant for Force Friday. Included were a set of character tokens, all of the character hologram avatars, all of the scannable store posters, and a bunch more. Needless to say, what follows is certainly worthy of being called a SPOILER for The Last Jedi.

On the other hand, all of this info and these images will be relatively public by the time we reach the weekend. All of this is meant for the Find The Force search included in stores working with Force Friday business. Either way though – here it is. This is everything, courtesy of one intrepid data miner by the name of DarthCaloNord. 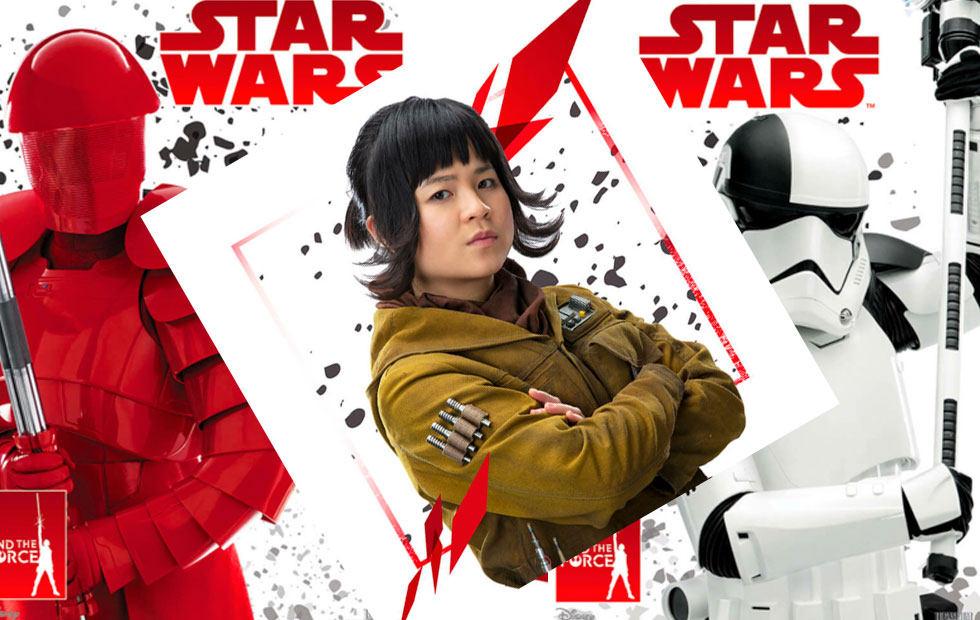 DarthCaloNord posted this information to Reddit‘s Star Wars Leaks community today in full. These bits of info are all part of the official Star Wars app, where anyone could find them – they just needed to know where to look. And how to mine an app for info, of course.

Above and below are two of the videos made available by scanning the posters in the AR-capable Star Wars app. These videos will be public on Friday, just so long as you can find the posters!

The first video goes by the name Hey You, while the second is called Fan Droids. They’re all part of the official Star Wars Blips set of videos regularly released to the Star Wars YouTube channel. The last video here is called Stowaway.

Next we’ve got a set of descriptions of characters that’ll go live when each character is scanned. This set of information bits doesn’t reveal one whole heck of a lot of new information – but it’s all very interesting anyway! 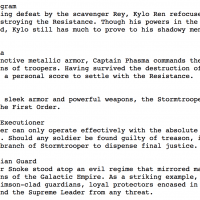 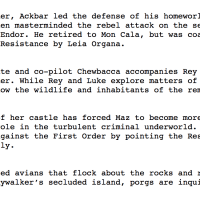 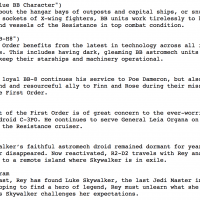 Three new Emoji Gifs are included in the mix, one for the new Imperial Droid BB-9E, one for the Elite Praetorian Guard, and a third for the ever-so-cute Porg! There’ll be a LOT of porg toys and merchandise this holiday season, of that you can be sure.

Next is an embedded gallery of images which shows character posters scannable with the Star Wars app. Depending on how the developers made the app work, users should be able to scan these apps for the AR elements right now. Have at it!

Next is a gallery of Hologram Avatars. See that new droid with the weird head? That’s a droid called 2BB-2 – a blue BB!

Finally we’ve got a whole bunch of Find The Force Tokens. These tokens will be made available when each individual poster is found in stores starting on Force Friday. Neato!

Let us know if you’ve found any other information about the movie, from the movie, or surrounding the movie that you find interesting! This is just the beginning of the torrential downpour of data coming this holiday season for Star Wars The Last Jedi!