In a little over two months, the world will be treated to a somewhat bittersweet moment in the history of the most epic space opera franchise ever. Star Wars Episode VIII The Last Jedi will premiere with the last performance of Carrie Fisher’s life. But before that, of course, we have to spend the next days and weeks pouring over the new trailer for the film which has just now gone live. But, if you want to take director Rian Johnson’s word for it, you might want to skip this one.

Not because it’s bad, mind you. But it’s because it’s so good and full of possible spoilers that Johnson advices hardcore fans to probably avoid seeing it. That said, it will probably on serve to hype the trailer even more. You have been warned.

The two and half minute trailer is a frenzy of teasers, of course. It includes Luke Skywalker commenting on “this kind of raw strength” moments after Rey exhibits abilities perhaps stronger than even most Jedi. We have a few short emotional glimpses of General Leia whose ship may or may not be shot down by her own son in order to complete his training. And we see Finn finally conscious and in fighting form, perhaps before or after being captured by the First Order.

Just as The Force Awakens had intentional references to A New Hope, The Last Jedi seems to also have some throwbacks to The Empire Strikes Back. And not just because of the AT-AT Walkers and freezing locales. Rey looking to Kylo to show her place in all of that’s happening around her mimics Luke’s own search, which ended up with him by Vader’s side.

Riding on the wave that the trailer will generate, Disney has announced promos to keep fans at the edge of their seats. Opening night moviegoers will have the chance to get exclusive content like collectible cards, while those seeing the film in IMAX at AMC theaters can also grab a limited-supply Dan Mumford print. Suffice it to say, Disney’s marketing engine for Star Wars is now in full swing. Star Wars: The Last Jedi premieres December 15. 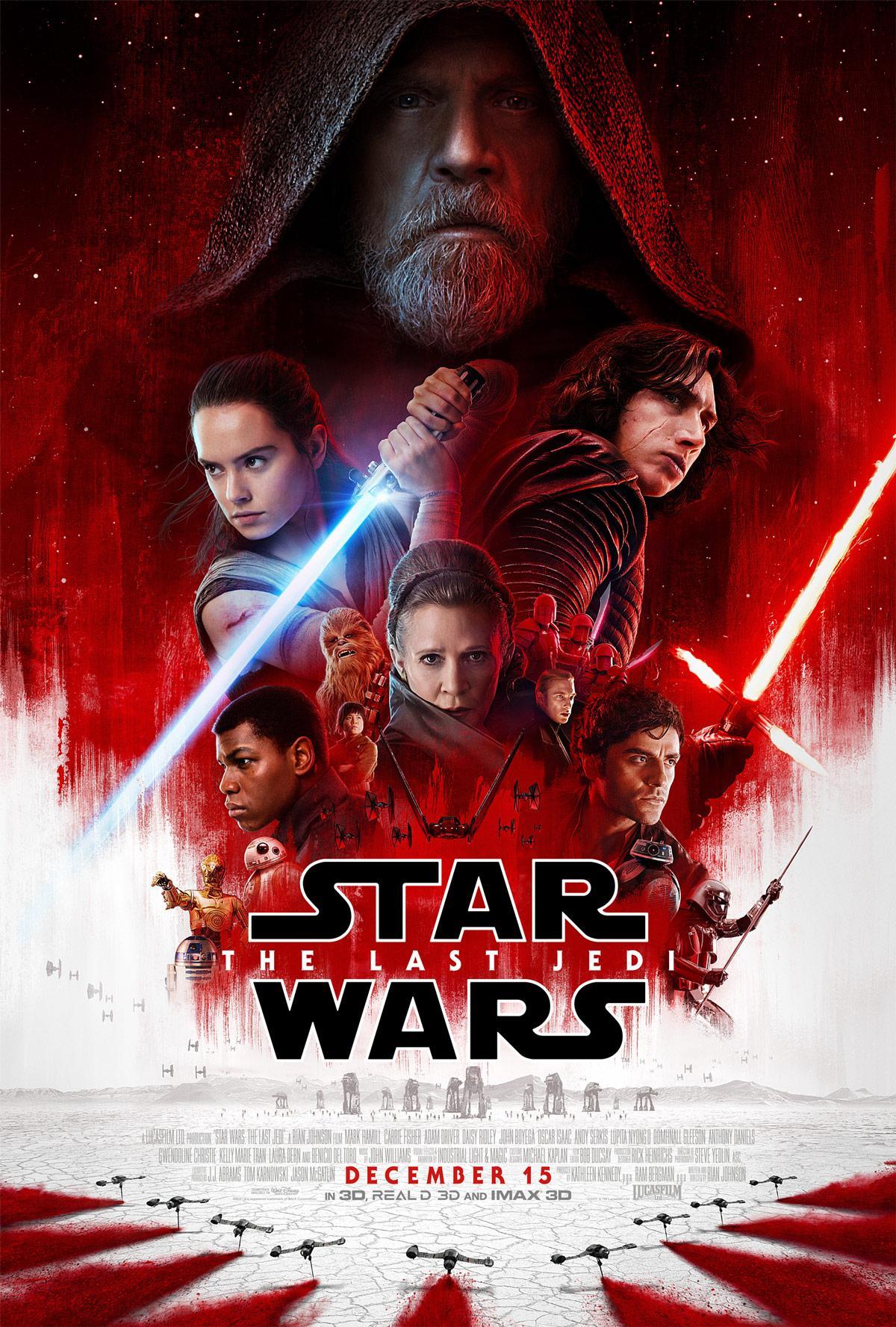