Today we’re taking a peek at the first wave of books released by LucasFilm, Disney, and the publishers and authors behind a variety of new stories. Star Wars The High Republic is an era of Star Wars that takes place before the Star Wars prequel movies – before The Phantom Menace – in the “Golden Age” of the Jedi, a time we’ve not yet explored.*

*We’ve been here before in stories that are now considered “Legends” by LucasFilm and Disney, no longer part of the main Star Wars canon. But if you’re looking for canonical stories that exist in the same universe we’re counting for the movies and TV shows of all sorts today – this is it. These stores show the earliest looks at the Star Wars universe.

Starting on January 5, 2021, we’ll start to see the Star Wars “The High Republic” era unfold. If you’re planning on reading everything, you’re going to be in for a wild and wide variety of styles, reading levels, and intended audiences. Take for example A Test of Courage.

A Test of Courage will be available in all major e-book outlets, Barnes & Noble, Target, Walmart, and in the Disney Books Bookshop online. This will be true of most of the books released in The High Republic series.

The Great Jedi Rescue is one of the first in the series to feature a Jedi Wookiee! It’s also just 24 pages long and made for kids – but there it is!

• Star Wars: The High Republic by Cavan Scott, illustrated by Ario Anindito, Phil Noto. $N/A comic book with Marvel Comics. This comic will be released starting on January 6, 2021 in comic book shops and digitally with Comixology. 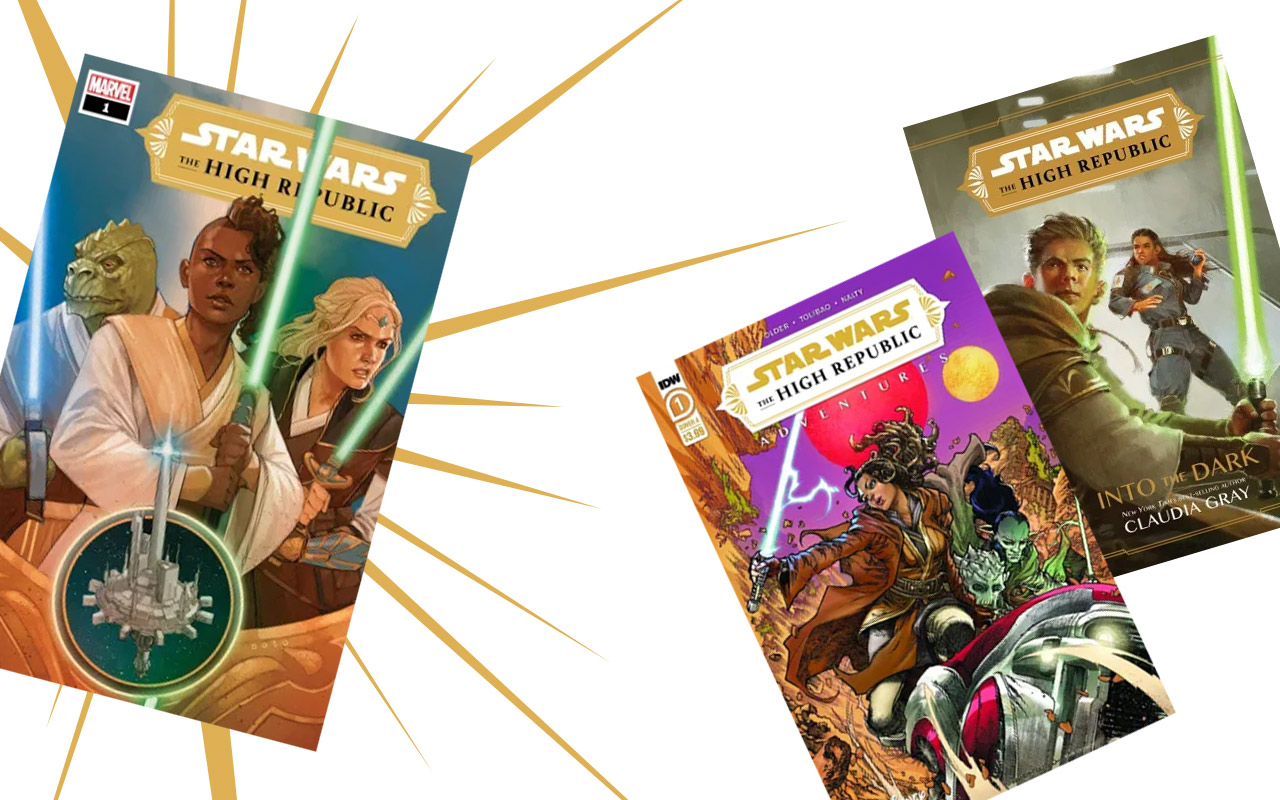 Starting in February, more books will be released in the Star Wars: The High Republic series.

• Star Wars: The High Republic by Daniel Jose Older. $3.99 comic book with IDW. This title will be released on February 24, 2021. It’ll be in comic book stores and digitally through Comixology.

If you’d like to dive in to the whole lot as soon as possible, take a peek at The High Republic Free Digital Sampler from Disney Books. It’ll appear in Apple Books, with Barnes & Noble, Google Books, and for Kobo.