I’ve never been shy about calling myself a Star Wars nerd. As a kid, I would watch the original trilogy over and over again, and attempt to use the force to call objects to me. When I was a teen, I got to experience my first ever Star Wars movie in a theater. But last night, I feel like I truly got to experience Star Wars in a theater for the very first time. I’m going to share my spoiler-free review of that experience with you, below.

We all know how The Phantom Menace turned out. I’m not here to talk about that movie, but it’s safe to say that all three prequel films had a very different feel to them, when compared to the original trilogy. The fear in the back of everyone’s head was that we would end up with something like this once again. Maybe not something bad, but something different. Something that didn’t feel like Star Wars. 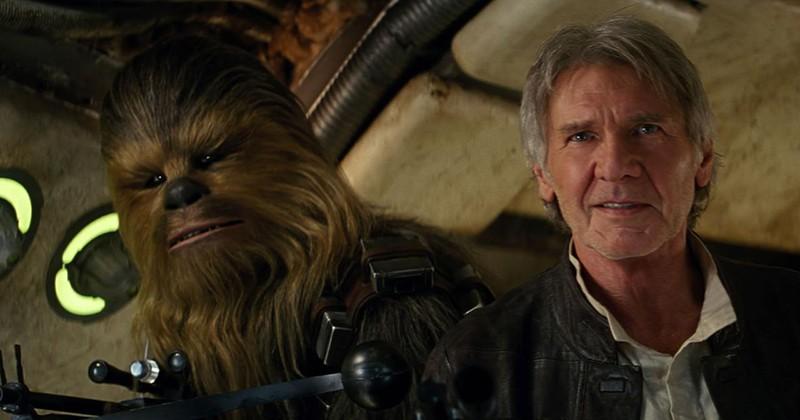 The first thing that jarred me about the movie was the lack of the drums and fanfare that accompany the 20th Century Fox logo. In the hundreds of times I’ve seen a Star Wars movie, this has been a staple. It’s as familiar as the words “A long time ago in a galaxy far, far away.” This was to be expected, however, since that company is no longer involved in the films in any way. I was at least happy to see no Disney castle just before the opening, however.

The crawl gave us a tiny glimpse into what we had missed since the last time we had seen our favorite characters. And warned us that once again, a strong-handed military force was setting out to wreak havoc on the universe with a terrible weapon. The crawl faded, and we saw the stars, and then a planet, and finally a shadow of a ship. This was how a Star Wars movie begins.

I won’t explain the movie shot-by-shot, but suffice it to say, with just the opening, I felt like a kid again. I was ready to see my old friends come back to life. And I was curious about all of these new people. Who were they? How did they fit into everything?

The movie follows two intertwining plots. One is about solving a mystery, while the other is about survival against a seemingly unstoppable force. In many ways, The Force Awakens mirrors A New Hope. From the struggle between the light side and the dark, the mystery of just what the force is, down to an unstoppable death machine that needs to be destroyed.

There are many more similarities that I won’t go into, for the sake of preserving the plot, but it was something I thought about for a while. In a sense, having so many similarities can lead one to think that the movie is unoriginal or uninspired. However, I don’t think there was a better way to do things. There wasn’t a better way to pull us back to a universe that still had the same feel as the original trilogy. I believe that JJ Abrams and company made the right choices in going down a familiar path to start of the telling of a new chapter.

Since I can’t dive too much into the plot without revealing spoilers, I’ll just say this. Yes, the plot is familiar, and even derivative of the original films, but I liked it. It had all of the elements necessary for a space opera. There was mystery, suspense, action, love, and all range of emotions. And most of all, it felt like there was something much greater going on than we could see. That last part was perhaps my favorite feeling. 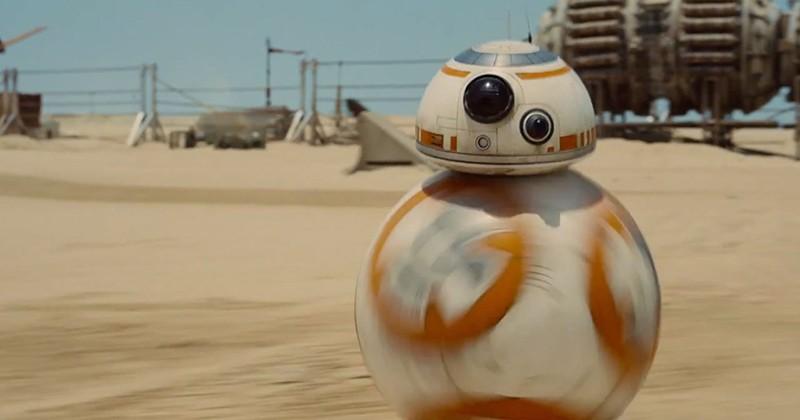 Back before the prequels existed, whenever you watched A New Hope, you always felt as if there was a greater story that existed, but simply hadn’t seen/read yet. This was one of the biggest failings of The Phantom Menace, and a big reason why I love watching the films in the Machete Order. The Force Awakens does a fantastic job of telling a small portion of a much larger tale, and letting you know that there is so much that has happened before the movie.

Throughout the course of the film, we are reunited with old friends. We’ve known for some time that the original cast has returned, but like everyone does, they’ve aged. Time has treated them far differently than expected (thanks to the death of the Expanded Universe. But that’s a story for another time). Whenever we saw someone (or something) we knew for the first time, the crowd would erupt in either clapping or shouts of joy.

We also quickly make new acquaintances. Finn, Rey, Poe, BB-8 and a host of others dominated much of the screen time. As we expected, the torch was very much passed on to this new generation of heroes (and villains). The writing and dialogue made interactions between each of the characters feel natural. As in the original films, many of the characters were forced together by circumstance. And each of the characters had enough depth to them to feel believable in whatever those circumstances were.

Something that I think this movie did better than the originals has a lot to do with the characters. It’s easy to see the stereotypes that existed in the originals. However, I feel as though the people in this film felt so very real, because they were so varied. While those parallels I mentioned earlier can still be drawn, each of them had their own, distinct life.

There’s the trooper who doesn’t know anything more than being a soldier, yet wants to be far away from the fighting. The girl who is on her own, and can hold her own. The cocky pilot who jokes in the face of even the worse dangers. And the villain who is dark, menacing, and powerful, but whose actions show that there is more to him than that.

The cast is varied by race and gender, which is something that we didn’t see a lot of back in the 70’s and 80’s, when the original films came out. This is definitely one change that I’m more than happy to see in this film. You won’t find any princesses that are in need of rescuing here, that’s for sure.

Something that I was disappointed in was the sheer number of characters that I felt didn’t get enough on-screen time, or backstory. I won’t go into details about who, or why, but suffice it to say, there are characters that you’ll leave the theater wondering why they didn’t see more time on the screen. Here’s to hoping that like other things, there was a greater purpose to be discovered in the future films.

One of the things that probably makes this film so enjoyable is how much time and effort went into the details. Things like the sets, the costumes, and even the alien characters that only show up for a brief shot or two. Gone are the clean lines and heavy-handed CG work of the prequels. Instead we have a blend of old and new tech that rivaled what George Lucas and the ILM team did back in the 70’s. You get a sense that the world you’re looking at is very much alive, because of the details that are filled in.

It wouldn’t be a Star Wars movie without the battles, which once again, were done fantastically. The dog-fighting between ships felt a lot more like what we’d seen, with a sort of World War II feel. Watching groups of people fire blasters felt more like the ground combat on Hoth, than the march of say, a droid army on the plains of Naboo.

The lightsaber fights were perhaps the most exciting part. Again, I can’t go into much detail without giving some big things away, but watching the characters fight felt so much more real than anything I’ve seen in a while. I’d say they reminded me a lot of Luke and Vader when they’re fighting in the depths of Cloud City. The choreography was wonderfully done, and felt like what you would expect from the characters, and their abilities. What’s more, you saw the lightsabers doing real damage to the people being struck. Rather than a quick slice and watching them drop, there were visible injuries sustained.

I could probably ramble on about this movie for quite some time. However, in the interest of time, and to not give away anything, I’m going to draw this review to a close, and tell you to go watch the movie.

If you’ve loved Star Wars, there is little to be disappointed by in this film. There is a fantastic blend of familiar and new that will leave most fans satisfied. You’ll experience all range of emotion, and if you’re like me, you’ll probably shed a few tears when your favorite characters show up in exactly the way you expect them to. Most of all, you’ll feel like a kid again, sitting in a theater experiencing something wonderful for the very first time.