Since the dawn of Star Wars, George Lucas’s universe has expanded with stories from across the galaxy – and across time. In Star Wars: Squadrons, the gamer is dropped in to the cockpit of a starfighter at a key point in the history of the Rebellion, and the decline of the evil Galactic Empire. Much like Star Wars: Battlefront (2015), this game takes place (at least in part) just after the battle of Endor, after the destruction of the Death Star II.

The game Star Wars: Squadrons will have some online multiplayer action, for sure. You’ll battle in the clouds of Yavin Prime and in the “shattered moon of Galitan.” If you take a peek at around 1:15 in the trailer below, you might also spot what SEEMS to be Coruscant – but we’ve yet to confirm that as a definite place of battle.

Yavin is the planet around which the moon Yavin 4 orbits. Yavin 4 is the location of a key hidden base for the Rebellion. Yavin 4’s rebel base was the launch place of the Rogue One mission (from the movie Rogue One), and the place where the Millenium Falcon delivered Princess Leia, Luke Skywalker, C-3PO, and R2-D2 with the Death Star plans.

Once the Death Star plans were delivered in Star Wars: A New Hope, it is around Yavin Prime that the Death Star orbits before it ultimately (nearly) reaches Yavin 4, but is destroyed by the rebellion. The game Star Wars: Squadrons will also include battlegrounds at “known” locations – places we’ve seen in Star Wars movies and/or TV shows before. 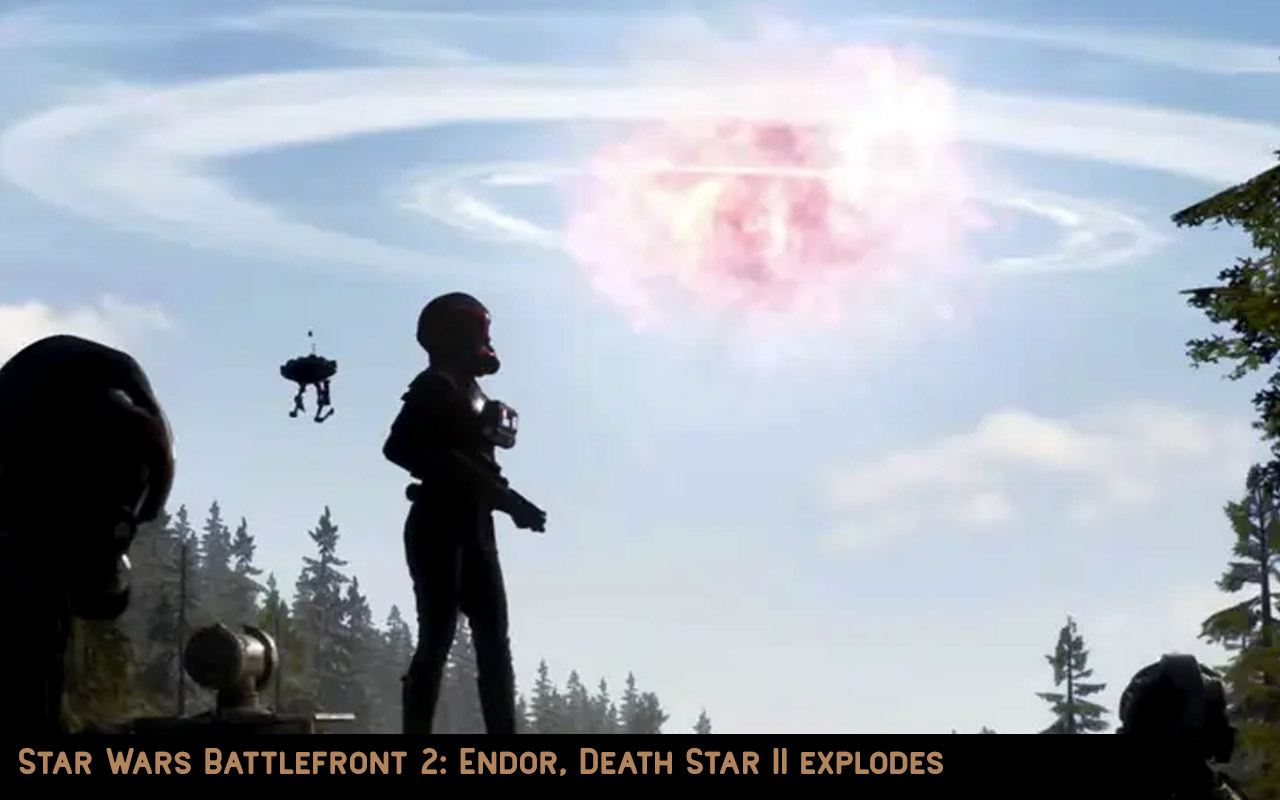 “Star Wars: Squadrons will also feature a single-player story that brings to life events following the Battle of Endor when the Rebel Alliance has successfully destroyed the Death Star II,” wrote an EA Games representative. “Through the story, players will learn what it means to be a pilot as they battle from the alternating perspectives of two customizable pilots, one serving in the New Republic’s heroic Vanguard Squadron, while the other fights for the Galactic Empire’s fearsome Titan Squadron.”

It would seem that as we’re visiting locations that’ve appeared in the movies and/or the shows, we’ll also see “familiar” characters appear. Per the first release for the game, “The authentic story features a diverse cast of original characters, as well as some cameos from familiar faces in the Star Wars galaxy.”