The mobile game Star Wars: Rivals, which made a brief appearance in Australia and New Zealand last year, has launched for “pre-registration” on the Google Play Store. You can’t play the game yet, unfortunately, but now we have a better idea of what to expect when it does launch. Among other things, Disney is promising to give mobile players who download from Google a special bonus for doing so.

Rivals is the latest mobile game in the Star Wars universe, one we’ve known is in the pipeline for months, but that unfortunately still isn’t available. Disney had a soft launch of sorts during the summer of 2017, but it was very limited. The wait may be worth it, though, as fans prepare for the franchise’s first real-time shooting game designed for mobile devices. 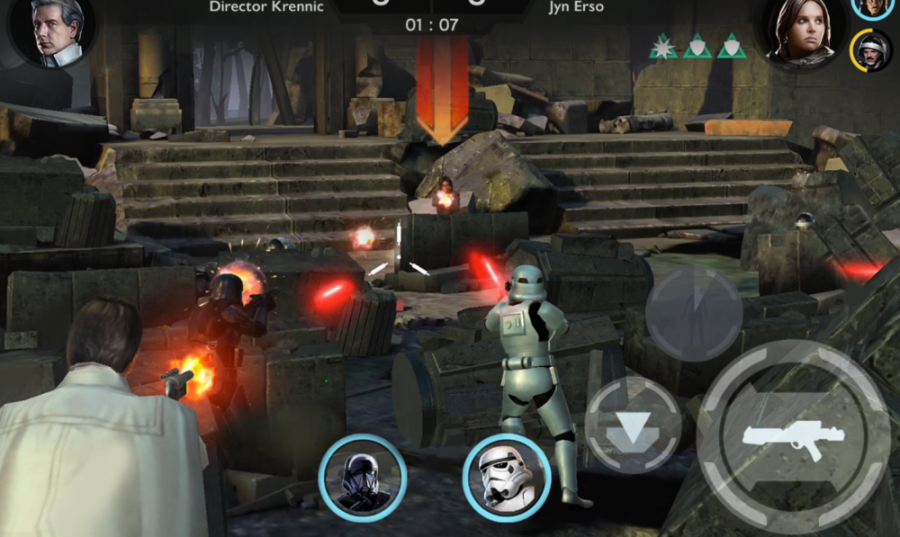 Disney revealed full details about the title yesterday, explaining that this is a real-time competitive action shooter, but one created for tablets and phones rather than game consoles and PCs. “The game play is rooted in cover-based PvP skirmishes,” according to Disney, which says players will create their own teams for combat against other teams. 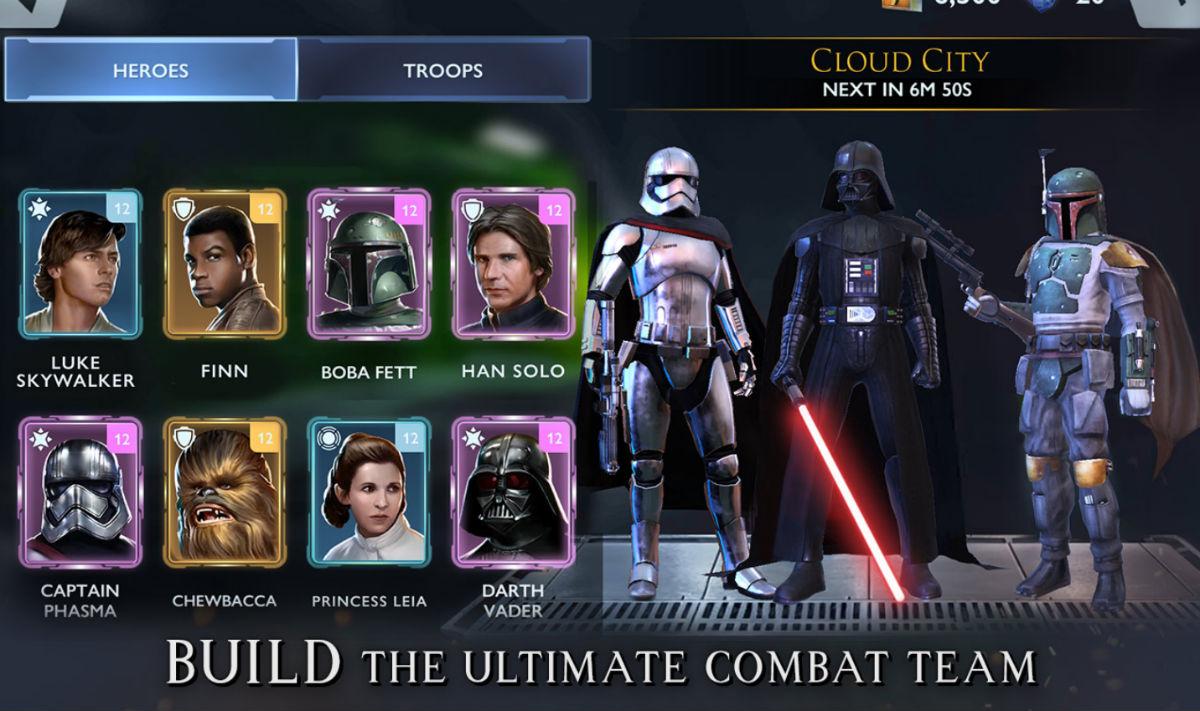 The game will span multiple eras in the Star Wars universe, presenting many of the big name characters, classic and new ones alike. Darth Vader, Luke Skywalker, Jyn Erso, Finn, Director Krennic, and Captain Phasma all get mentions by name. Players will need to unlock Heroes by advancing through Arena Leagues. 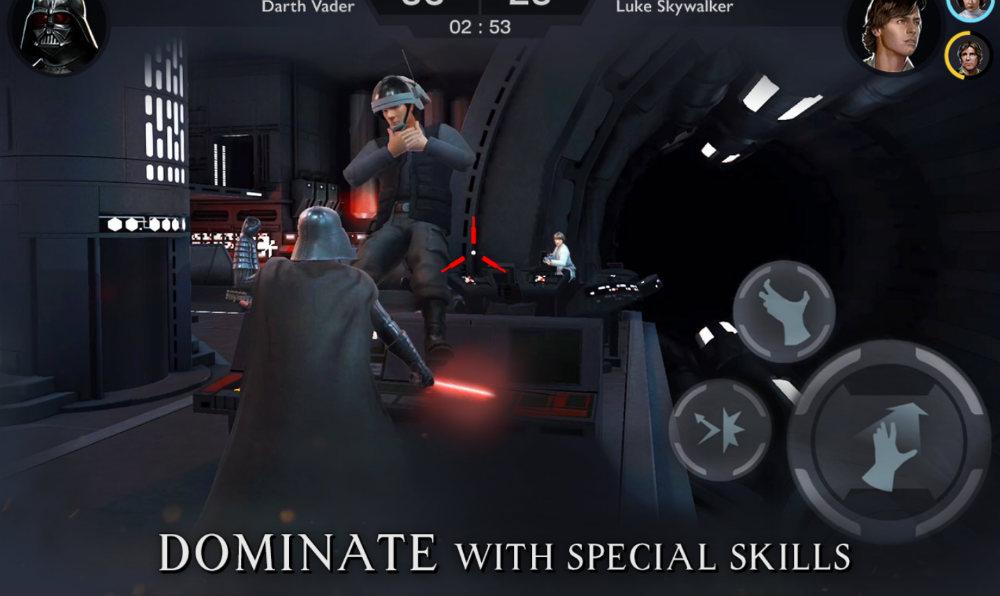 Players will get to partake in ‘iconic rivalries,’ according to Disney, including pairings like Darth Vader and Luke Skywalker, Boba Fett and Han Solo, and more. Players will also get access to notable weapons, including Han Solo’s DL-44 pistol and Chewbacca’s bowcaster. As well, the game will offer special abilities, including ones from the movies (like Vader’s Force Choke).

In addition to competing in PvP Arenas, players will be able to enlist in a guild where they can form strategies with their guidemates and hit higher Arena leaderboards. Guilds will be able to claim items like Reward Crates, Credits, Data Tapes, and more, according to Disney.

If you’re an Android user, you can head over to the Google Play Store to “pre-register” for the game; you’ll get an alert when the title is available to download. No details about availability were given, nor was iOS mentioned.