We’re taking another look at a point of interest in the history of the official canon Star Wars universe today – specifically at Anakin Skywalker. It’s the perfect time to make clear a significant point on Anakin’s history since the last(?) of 9 movies is out in the Skywalker Saga right this minute. The following article does NOT contain major spoiler beyond the point that the trailers for The Rise of Skywalker made abundantly clear: That Emperor Palpatine isn’t necessarily as “dead” as we previously assumed.

In Star Wars Episode I: The Phantom Menace, we see Shmi Skywalker suggest to Jedi Master Qui-Gon Jinn that her son, Anakin Skywalker, had no father. Not just no father because the father wasn’t in the picture – no – absolutely no father whatsoever. “There was no father,” she said. 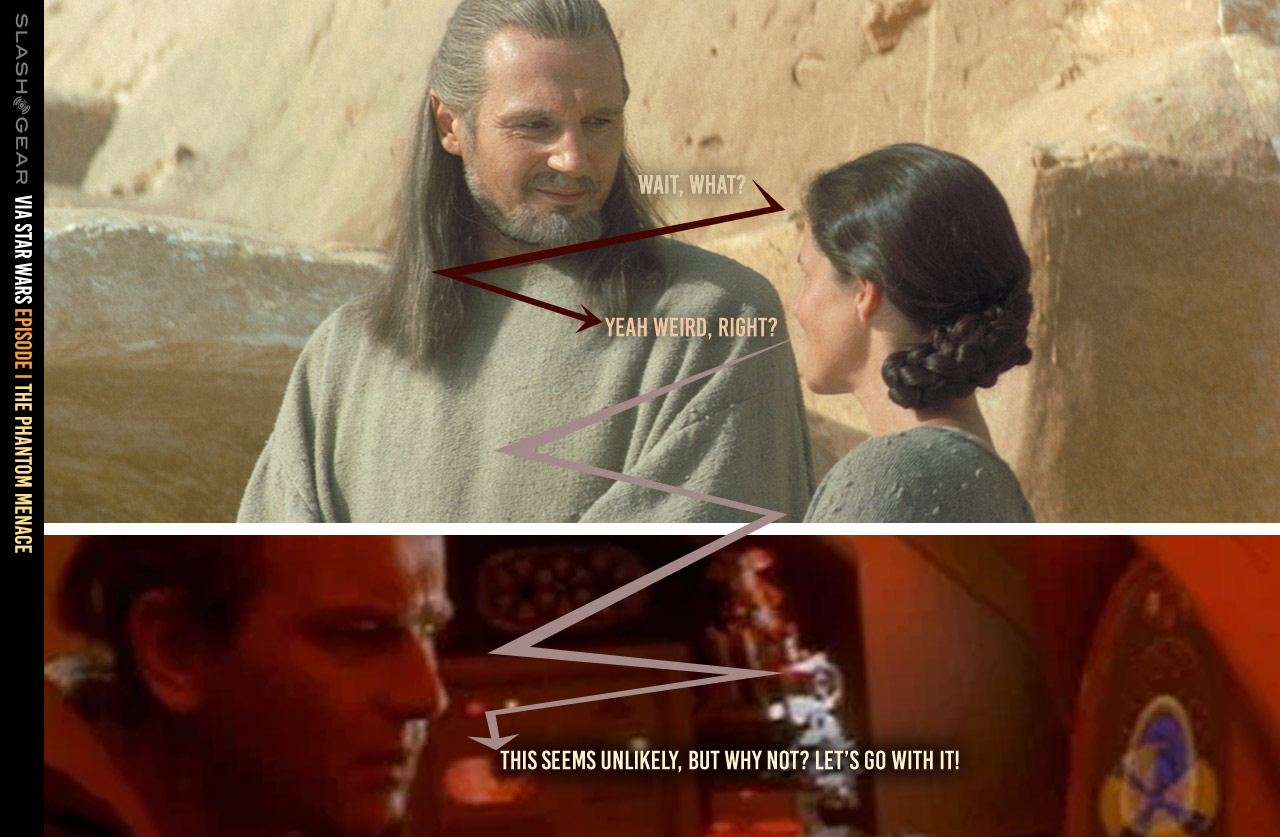 Qui-Gon Jinn hypothesized that Anakin was conceived by midi-chlorians. Midi-chlorians are microscopic life forms that “reside within all living cells” according to Qui-Gon. These life forms are a conduit through which beings like Anakin and Qui-Gon are able to interact with and sense The Force.

Sidenote: The planet with no name, aka “Wellspring of Life” appears in Star Wars: The Clone Wars, in the episode “Destiny” and “Sacrifice”. This planet is the home planet of and birthplace of Midi-chlorians.

The exact nature of Anakin’s manifestation is still unknown – beyond what we’ve seen in The Phantom Menace. HOWEVER, a pair of panels in a comic by the name of Darth Vader (number 25, 2018) shows what might’ve appeared to be a major clue. In the comic, Anakin had a dream. 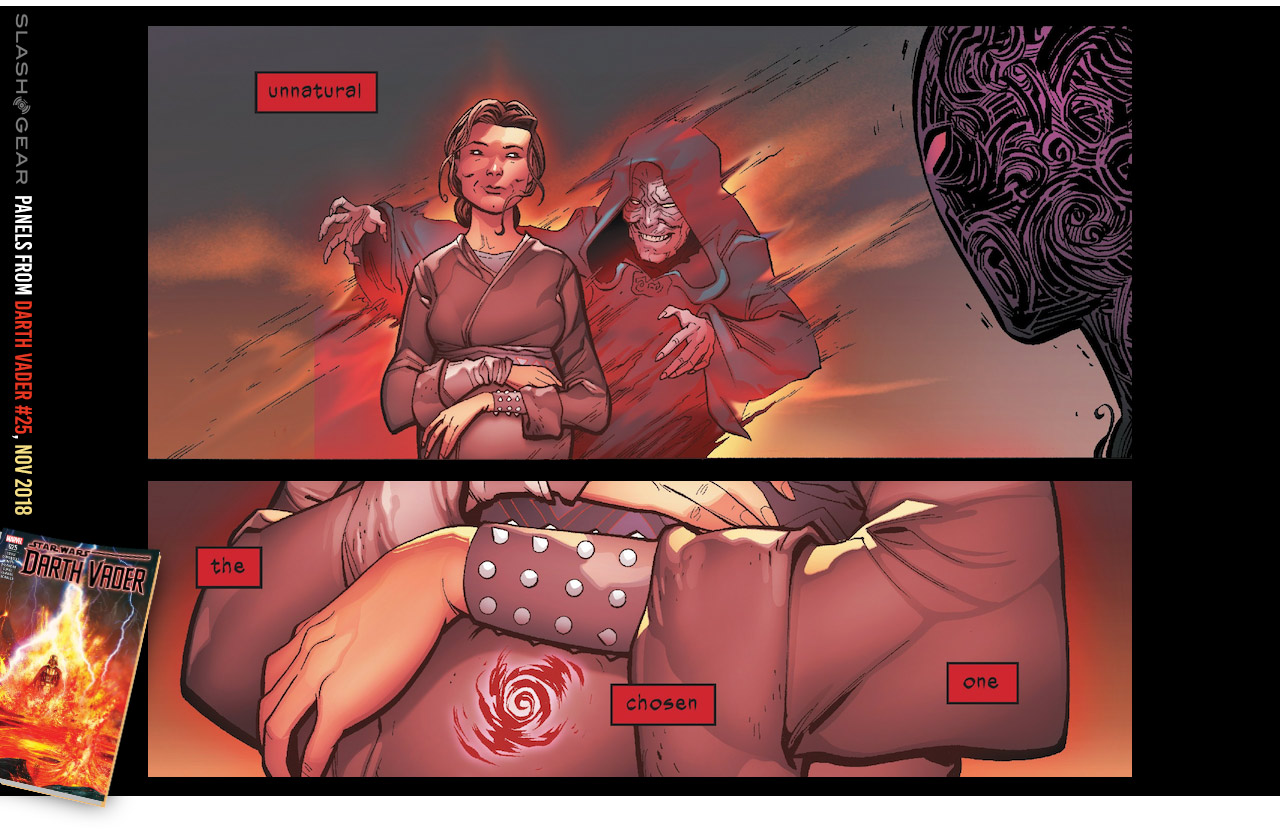 In the dream, as you’ll see above, you could very easily conclude that The Emperor (Palpatine) had something to do with the creation of Anakin in the womb of Shmi Skywalker. Palpatine stands behind Shmi, smiling, as Shmi’s pregnancy is shown as a swirl of red and black.

To confirm the reality of the situation – the most important part of the conclusions that could be made from these panels, Lucasfilm Story Group Creative Executive Matt Martin spoke up on Twitter. As part of the official Lucasfilm Story Group, Martin is, as he says, “someone with an official say on what is and isn’t canon in the Star Wars galaxy.”

Above, the first panel in question is referenced in a question from a Star Wars fan to Martin. Per Martin, “I’ve gone into this at length a few times. No, that is not what the comic is implying. Just no. There’s more to that comic than those two panels. It should be read in context.” 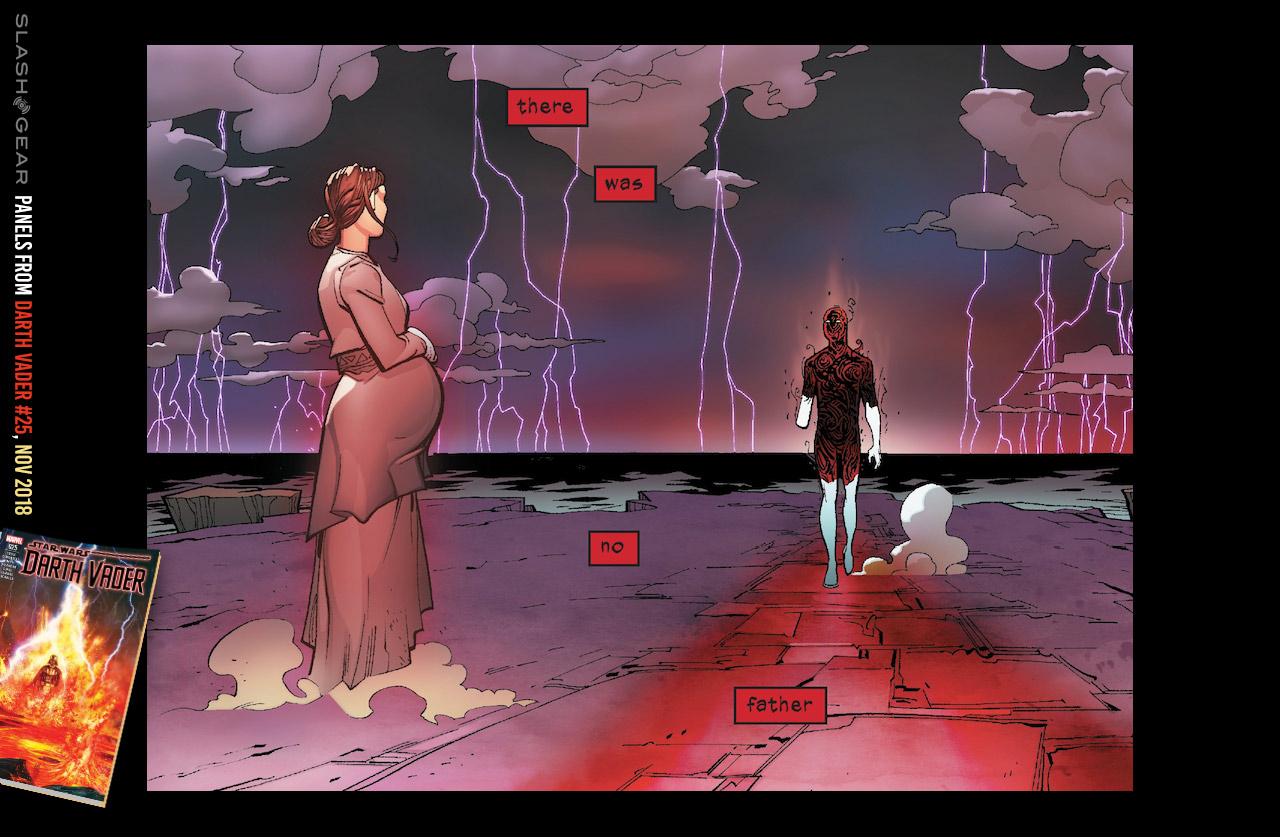 Replying to Martin, another Star Wars fan says “What? It may just be Anakin’s fear or something like that but it was definitely the implication. ESPECIALLY when you read it in context. Like a page later there’s a shot of Palpatine with the text ‘I am your father’, people weren’t making this connection out of thin air.” That panel is shown below – in the same Darth Vader comic. 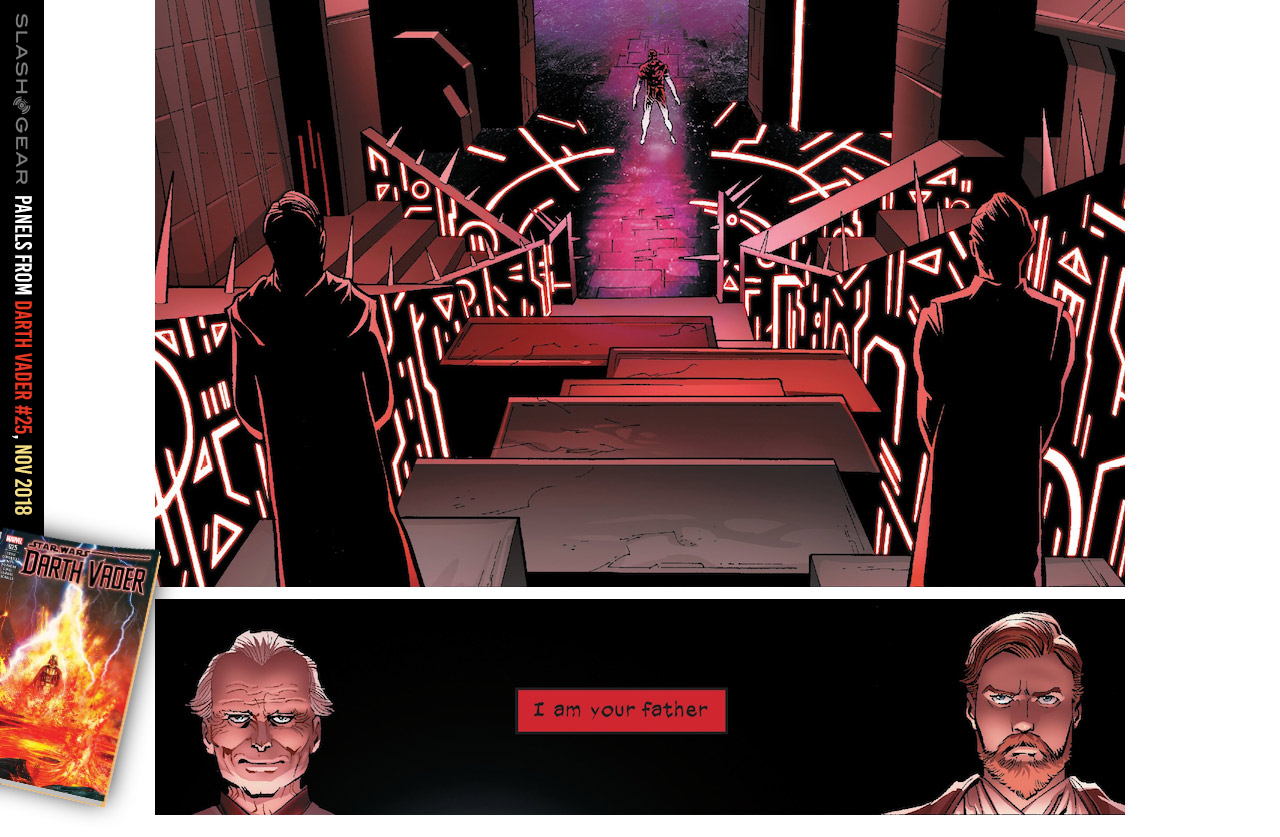 “But this is all in Anakin’s head,” said Martin. “Wouldn’t that idea, a concept that Palps hinted at to Anakin himself, be something likely to freak Anakin out? Something that would linger in his mind? “Oh crap, what if he made me!” Doesn’t make it true. It’s all through Anakin’s lens.”

A few more comments appear on Twitter, including a reply from a fan who says “I think the best way to about it is to leave it up to interpretation, that’s what vision sequences are all about.”

Then the final word from Martin: “But I can tell you definitively, as someone who worked on the comic, that is 100% not the intended implication. I’m not saying there isn’t a logical misinterpretation that they’re coming to. I’m just telling you definitively that it’s not correct.”

Star Wars Episode 9, The Rise of Skywalker, was in theaters at press time for this article, on January 1, 2020. The streaming service Disney+ gave access to all other Star Wars: Skywalker Saga films at that time, episodes 1 through 8. If you’d like to see the rest of the Darth Vader, you’ll need to head to your local comic shop. The comic referenced above can be found digitally via Marvel’s online shop right this minute.