When we first see Princess Leia in Star Wars: Return of the Jedi, she’s disguised as a bounty hunter. It’s not particularly important to the plot of the movie that we know the origin of the outfit, but Star Wars is deep! Star Wars fans (like myself) want to know everything about every character onscreen, assuming someone’s taken the time to give each character a story worth knowing. In this case, it took just over a decade before anyone accepted the task.

Boushh first appeared in Star Wars lore as the name given the previous owner of the armor Leia wears at Jabba’s Palace in Return of the Jedi. Unlike the massive amount of work Lucasfilm put into generating interest in the character Boba Fett in the years before the release of The Empire Strikes Back, little was done to explain the origin of said armor. They DID give it the name Boushh, though – as evidenced in the 1983 Kenner action figure. 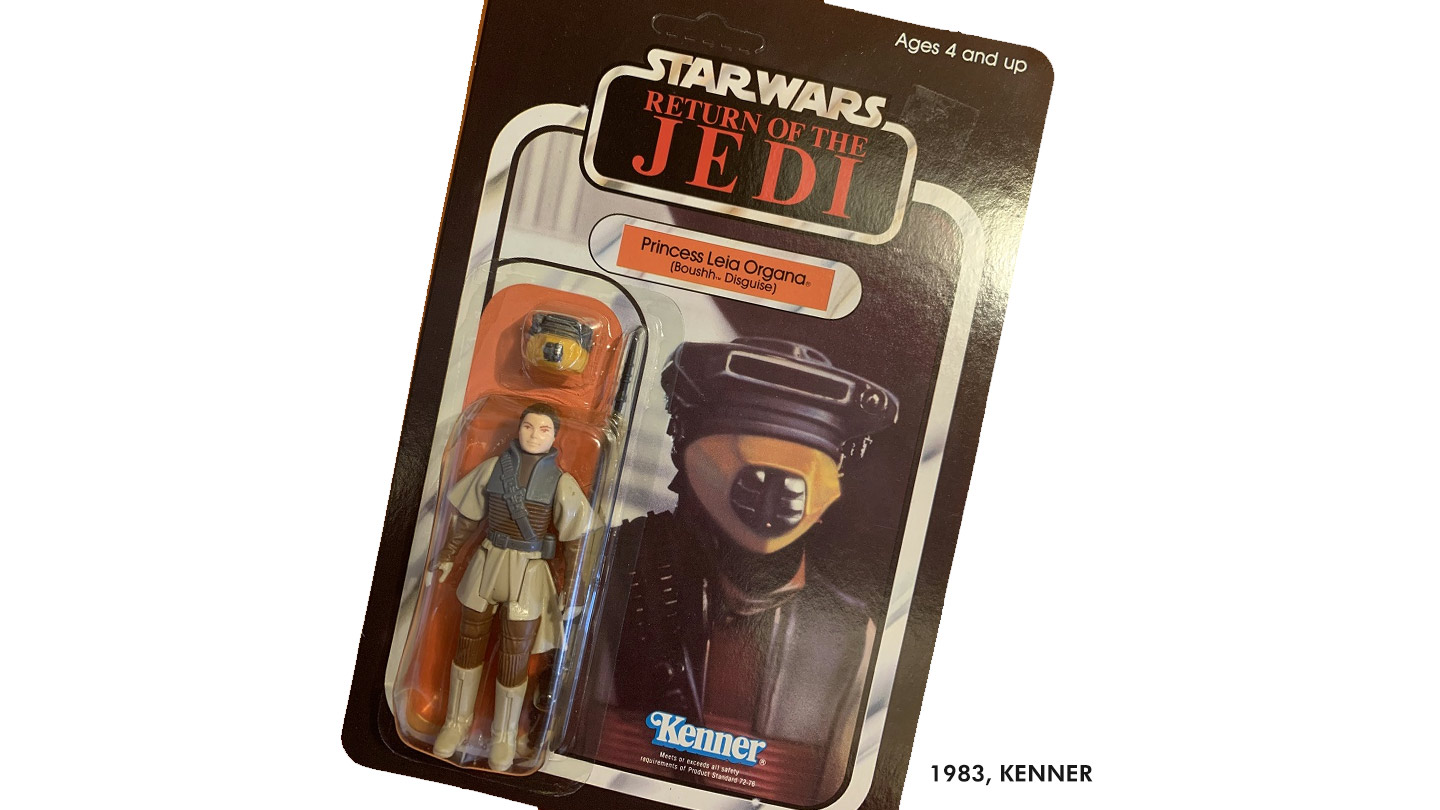 Return of the Jedi was released that same year – 1983. It wasn’t until the year 1996 that we got close to hearing where Boushh lost his armor. Even then – it was just a note. The android character Guri mentioned the death of Boushh as part of a deal gone wrong: “He tried to rascal Black Sun for more credits on a delivery for which there was an agreed-upon contract. That was… unwise.”

The first time we actually see or read about Boushh as Boushh proper, was the West End Games-made Star Wars Roleplaying Game adventure book “No Disintegrations.” Even then, Boushh was only mentioned as a bounty hunter operating during the Rebellion era.

Over the years we saw more than one appearance of Boussh, whose appearance and backstory changed depending on the author or the artist. Fast forward to the year 2014 and Disney’s acquired Lucasfilm and decides to turn old stories to Legends. At this point, Boushh is (once again) just the name of the previous owner of the armor. 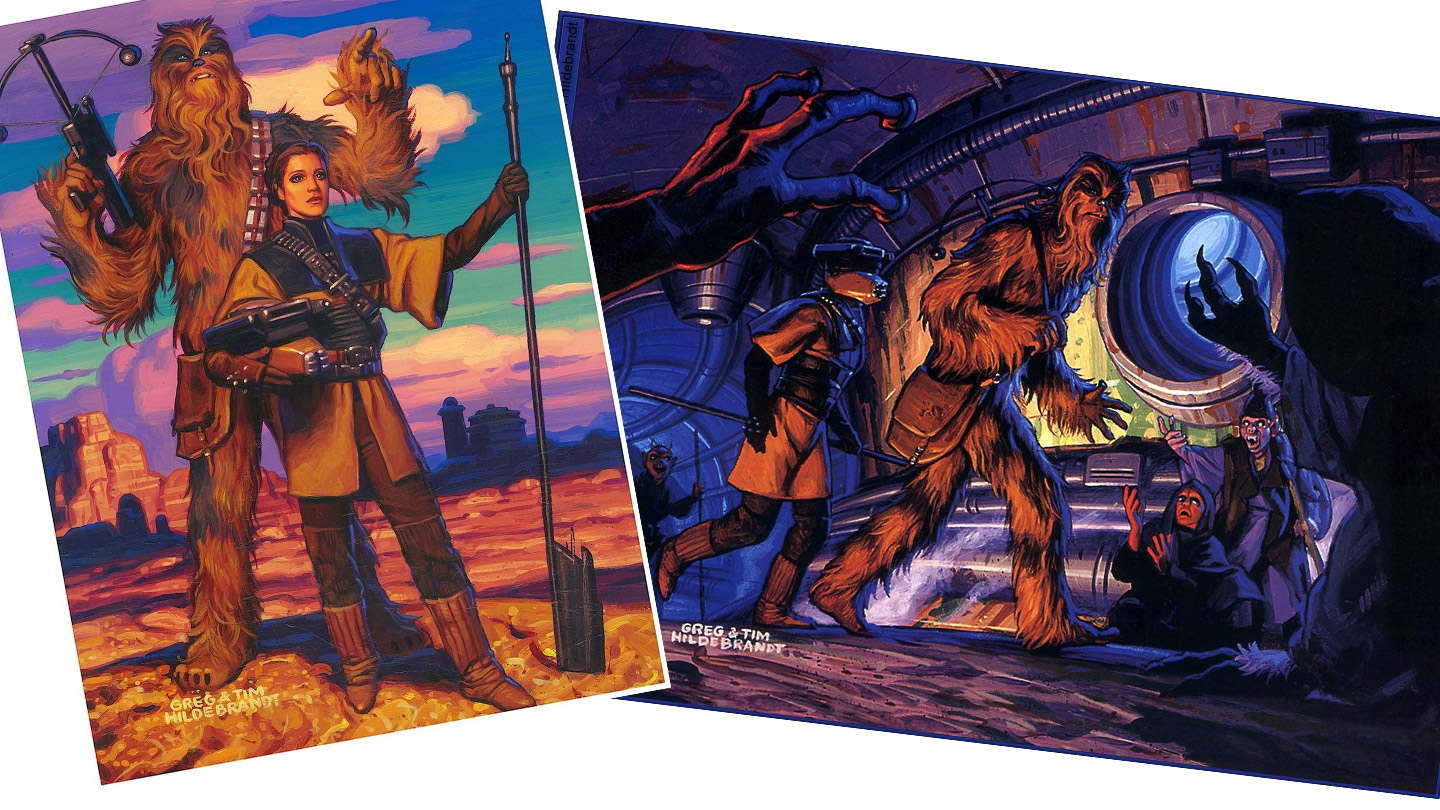 Boushh appeared for the first time onscreen in a March 19, 2018 release called Bounty Hunted. This was a 2-minute episode of the micro-series (cartoons) called Star Wars: Forces of Destiny. In that short piece of media, Boushh is, once again, mostly in place as a bounty hunter whose armor is conveniently sized to fit Leia.

In this episode, Maz Kanata, Leia, R2-D2, and Chewbacca fight Boushh. Boushh attacks the heroes with a blaster, a shock blade-tipped lance, and a thermal detonator. That’s the same thermal detonator we see in Return of the Jedi (or at least that’s what’s implied). Maz knocks Boushh unconscious, and his armor is stolen.

This leaves the story open for Boushh to return, at some point. But more importantly, it re-asserts that Boushh is a real character, and that the armor isn’t just put together for the sake of infiltrating Jabba’s Palace. 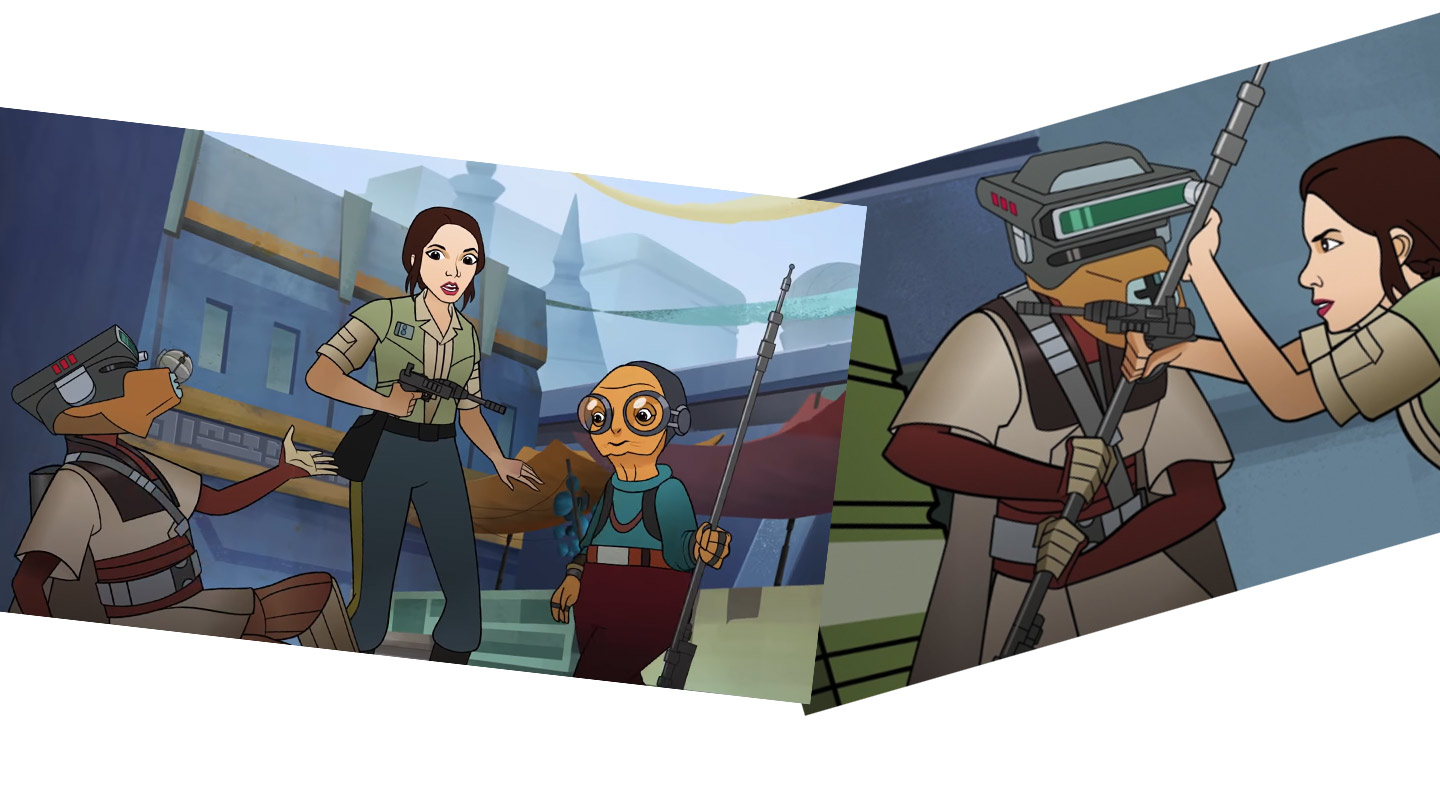 The canonical guide to Star Wars called “Star Wars Character Encyclopedia: Updated and Expanded” published in April of 2016 (and digitized in April of 2017) by Pablo Hidalgo mentions Boushh. Hidalgo also reasserts part of the story originally mentioned in Shadows of the Empire. Hidalgo suggests that Boushh died the same year his armor was stolen, as he tried to blackmail the Black Sun Syndicate.

Now, here in the month of September in the year 2021, Marvel Comics published the very first comic book dedicated to Boushh. This comic is part of the Star Wars: War of the Bounty Hunters series, and it’s literally called Boushh #1 with the story title “Target Skywalker” by Greg Pak and Raffaele Ienco. 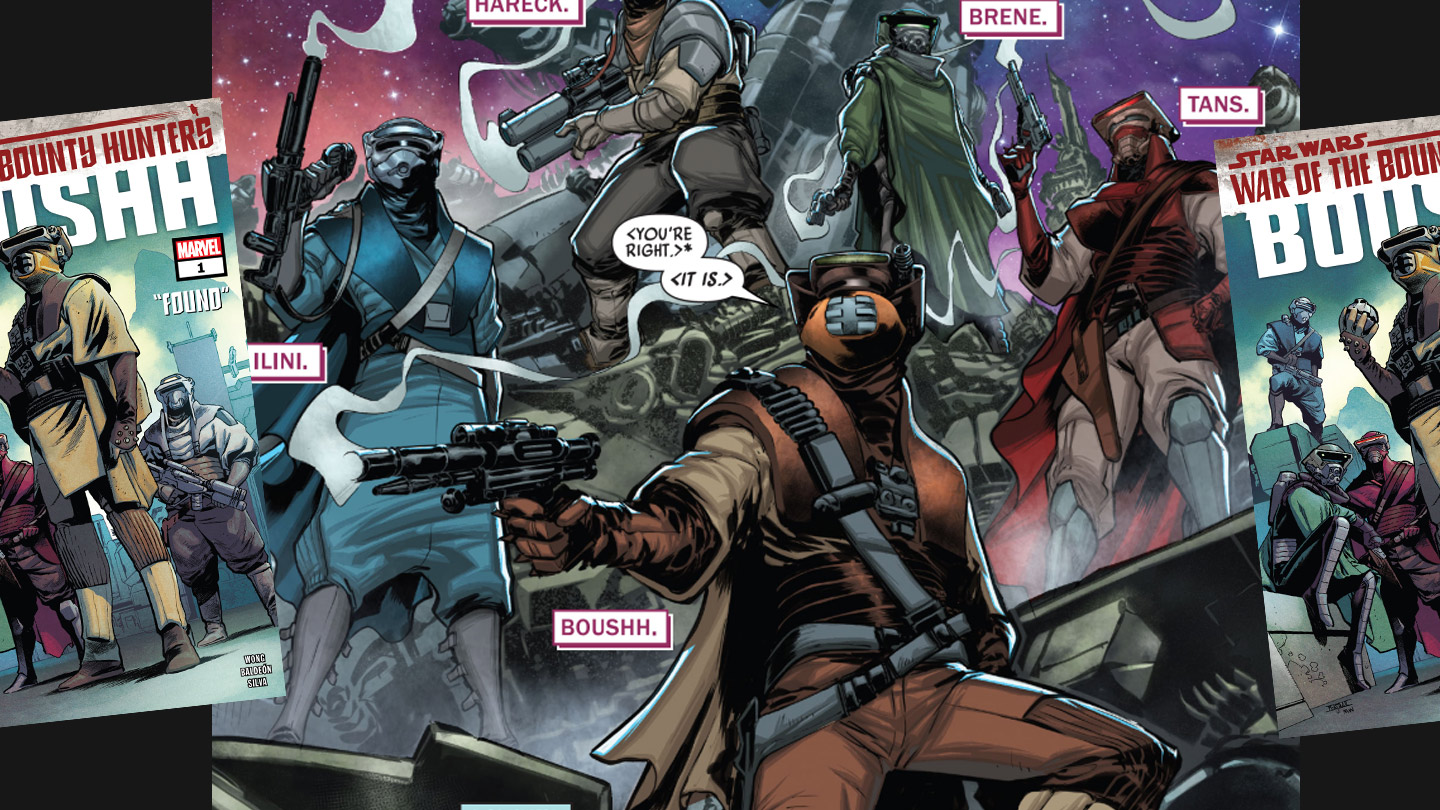 This story takes place after The Empire Strikes Back and before Return of the Jedi – with plenty of time before the events of Forces of Destiny’s “Bounty Hunted”. The story mentions Black Sun, the story mentions Crimson Dawn, and it includes more individuals speaking Ubese (Boushh’s species), wearing very similar packs of armor.

We get to see several Ubese in action, a collection of details the likes of which we did not ever really expect to get. And we get to learn the origin of Boushh – a planet called Uba IV! We learn that Boushh and his crew are exiles from the planet Uba IV, and that they don’t expect to ever be allowed back. 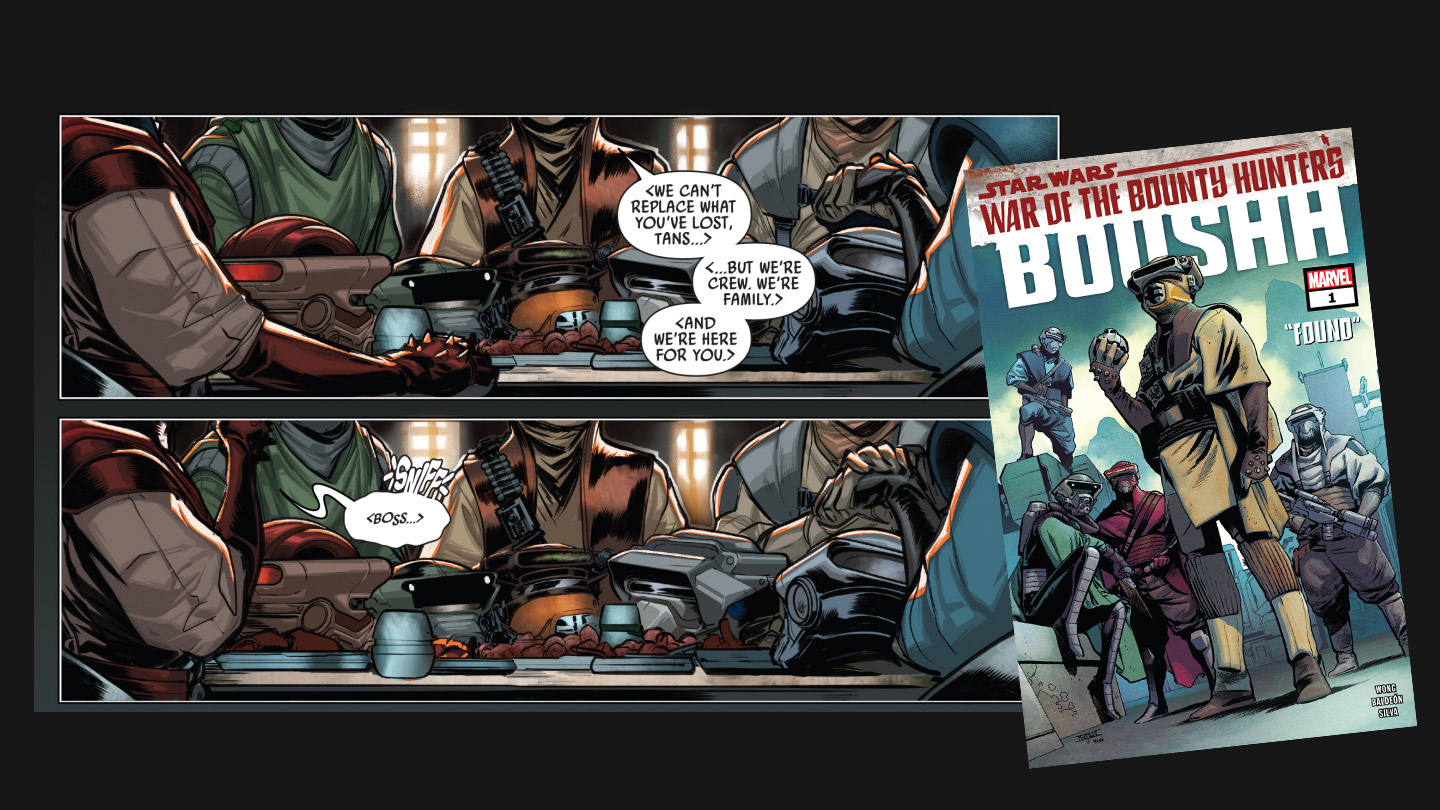