It’s not yet May the 4th and it’s definitely not yet Christmas, but it seems that the Force will be in full, well, force this Friday. Come 10th of April, the Interwebs will most likely be clogged when hundreds of Star Wars fans try to download and stream all at once the Star Wars Digital HD collection which, for the first time, brings all, yes all, Star Wars film in digital format, HD quality. That means you can enjoy all of the good and the bad that Star Wars has to offer, wherever you are and on whatever device.

It’s almost unbelievable to think that it has been nearly 40 years since Star Wars Episode IV: A New Hope played on the big screen. Even more incredible is the fact that it has been nearly a decade since the last film. So when news of an Episode VII broke out, naturally there was much rejoicing and anticipation. Building up on that hype, Disney is getting everyone to prepare for the December premiere by reliving all six previous films in glorious digital HD format. 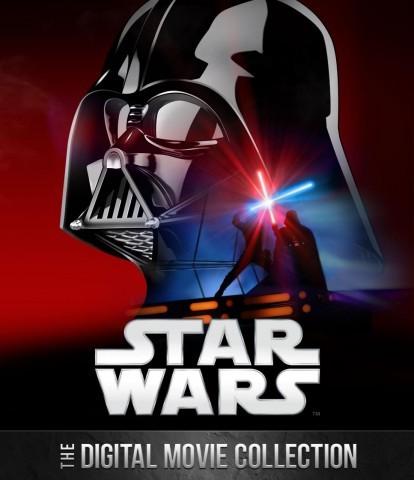 It would probably already be fine if Disney stopped there. But in true fan service, these digital editions will include extra content, which may vary from retailer to retailer, that will whet your appetite in preparation for that momentous day. Here’s what’s in store when you buy any or all of these digital copies. Again, remember that bonus content varies by retailer:

• Conversations: Sounds In Space
• Discoveries From Inside: Costumes Revealed
• Legacy content includes “From Puppets To Pixels: Digital Characters In Episode II”; State Of The Art: The Previsualization Of Episode II; and “Films Are Not Released, They Escape”; plus Episode II Visual Effects Breakdown Montage and six deleted scenes.

• Conversations: The Star Wars That Almost Was
• Discoveries From Inside: Hologram & Bloopers
• Legacy content includes documentaries “Within A Minute: The Making Of Episode III”; The Journey Part 1; and The Journey Part 2; plus six deleted scenes.

• Conversations: The Lost Interviews
• Discoveries From Inside: Matte Paintings Unveiled
• Legacy content includes “A Conversation With The Masters” (2010); “Dennis Muren: How Walkers Walk”; “George Lucas On Editing The Empire Strikes Back 1979”; and “George Lucas On The Force: 2010”; plus six deleted scenes.

Many digital content and streaming stores have already signed up for the Star Wars fever and you can already pre-order them as early as now. The Star Wars Digital HD Collection will be available on Roku (via multiple channels), Xbox, Google Play Movies, iTunes, and Amazon Video. The films can be purchased individually or in a single collection.