Today we’re taking a peek at a variety of Star Wars goodies released this week in celebration of Star Wars Day 2021. That’s May the 4th (be with you), and we’re at a very interesting moment in the history of the Star Wars universe. Disney’s release blaster for Star Wars shows and movies is fully loaded and the product-making partners have the licensed goods to make it count.

This week we received a box full of Star Wars products from the folks at Disney/Lucasfilm to take a closer look at in time for May the 4th, 2021, complete with books, toys, and some odd collectables. First, take a peek at these FiGPiNs. They’re difficult to describe. They’re like a metal pin you’d wear on your jacket – but they’re made to be more than that. Each one is part of the overall FiGPiN universe, and they’re made as much to be “displayed like your most coveted figure” as they are meant to be “worn as your favorite accessory.” 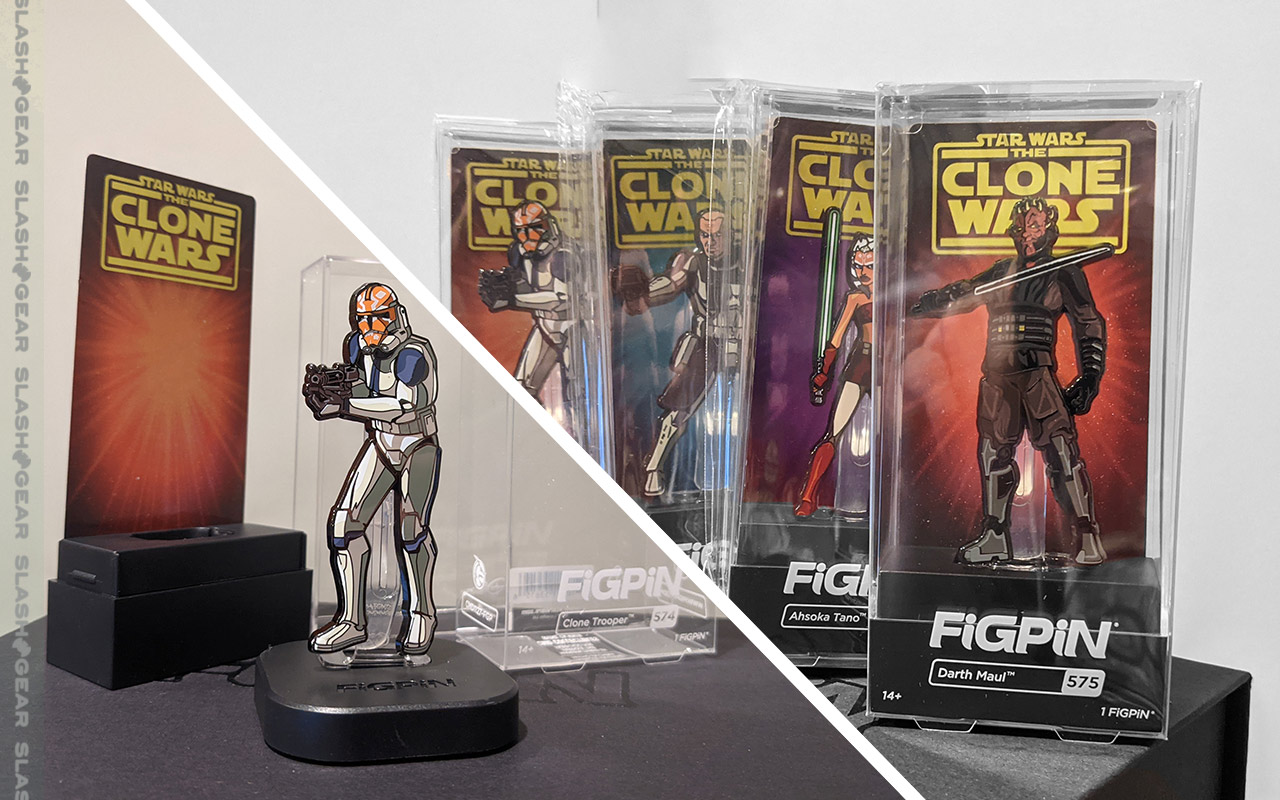 FiGPiNs are priced at around $20 apiece if they’re brand new and this size. They have an associated app for Android and iOS devices where you can scan each figure and put it in your collection. They come in high quality acrylic cases, but you can also remove them and buy FiGPiN plastic stands for a different sort of display. 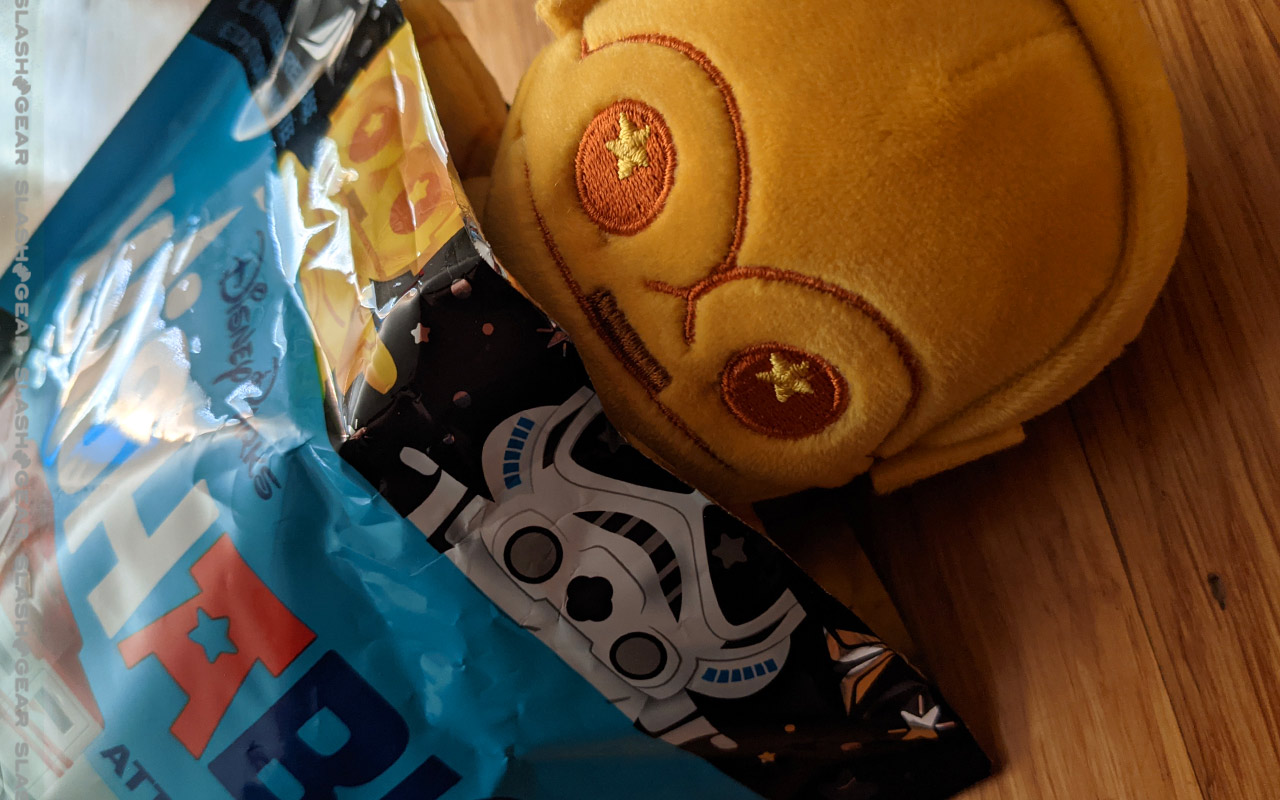 Disney Parks Wishables Mystery Plush Star Tours Attraction Series might be best suited to people that are able to visit the Star Tours ride… but still, they’re beyond adorable. Each one of these (blind bagged) plush toys is $9.99 USD. 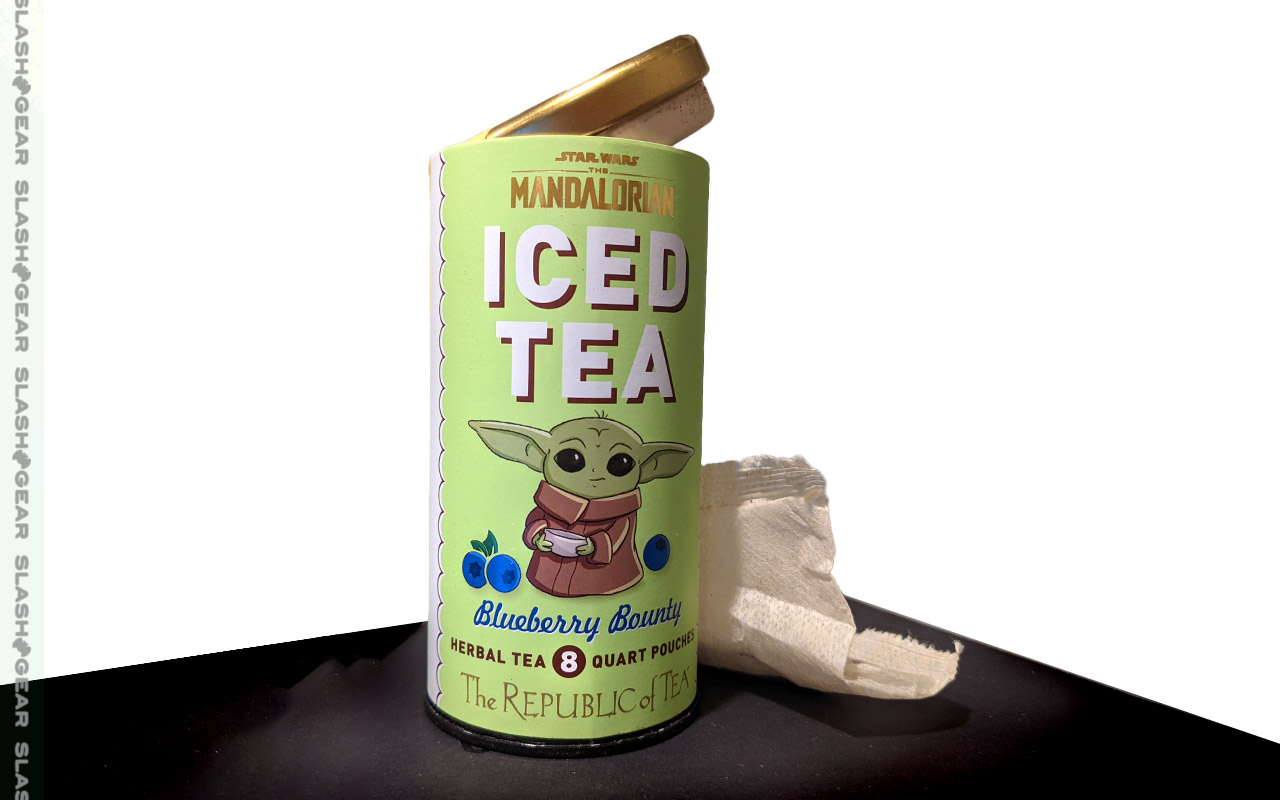 The folks at The Republic of Tea created a Mandalorian-themed Iced Tea. The flavor is Blueberry Bounty, and it has Grogu on the label. We’ve had a taste – it is surprisingly delicious. 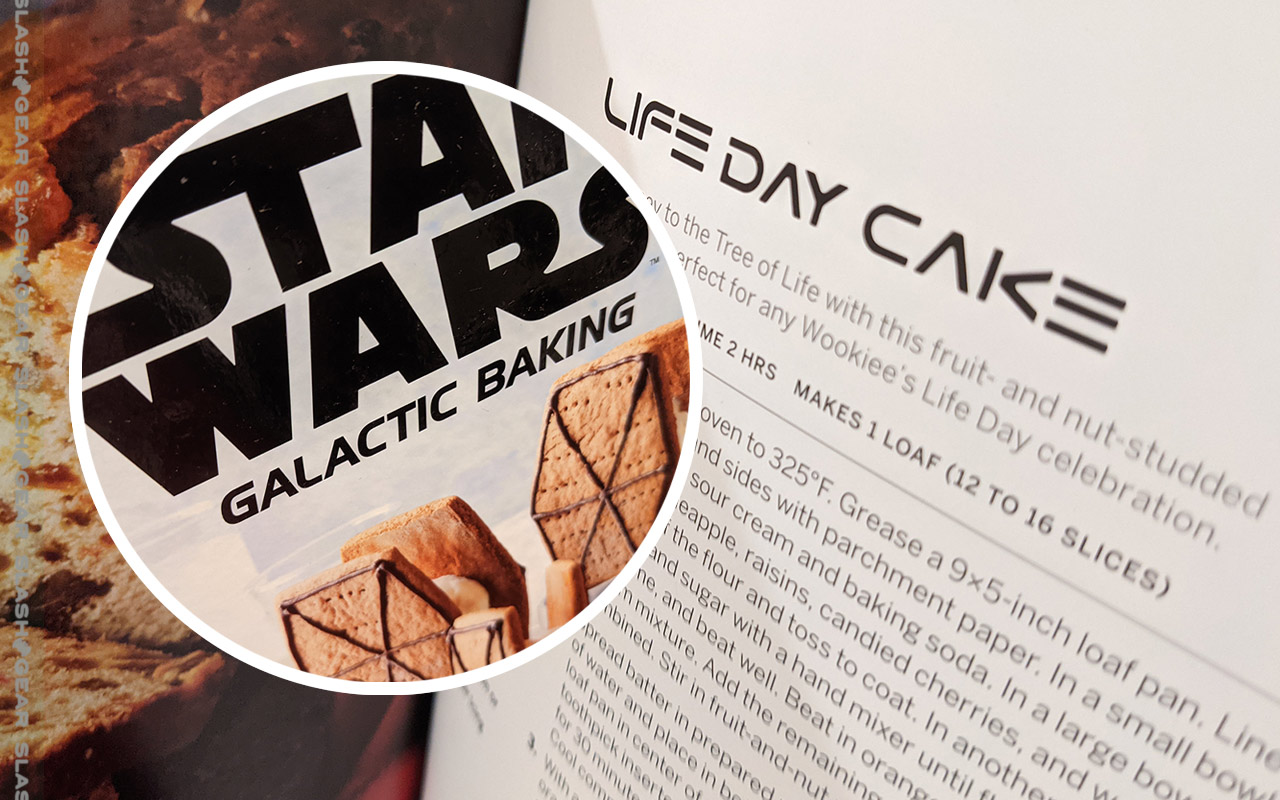 There’s a new recipe book from Insight Editions called “Star Wars Galactic Baking.” For around $20, it’s extremely well constructed, photographed, and made to be made. In other words: It’s not just a fun list of ideas, it’s stuff you might actually want to make, for real. 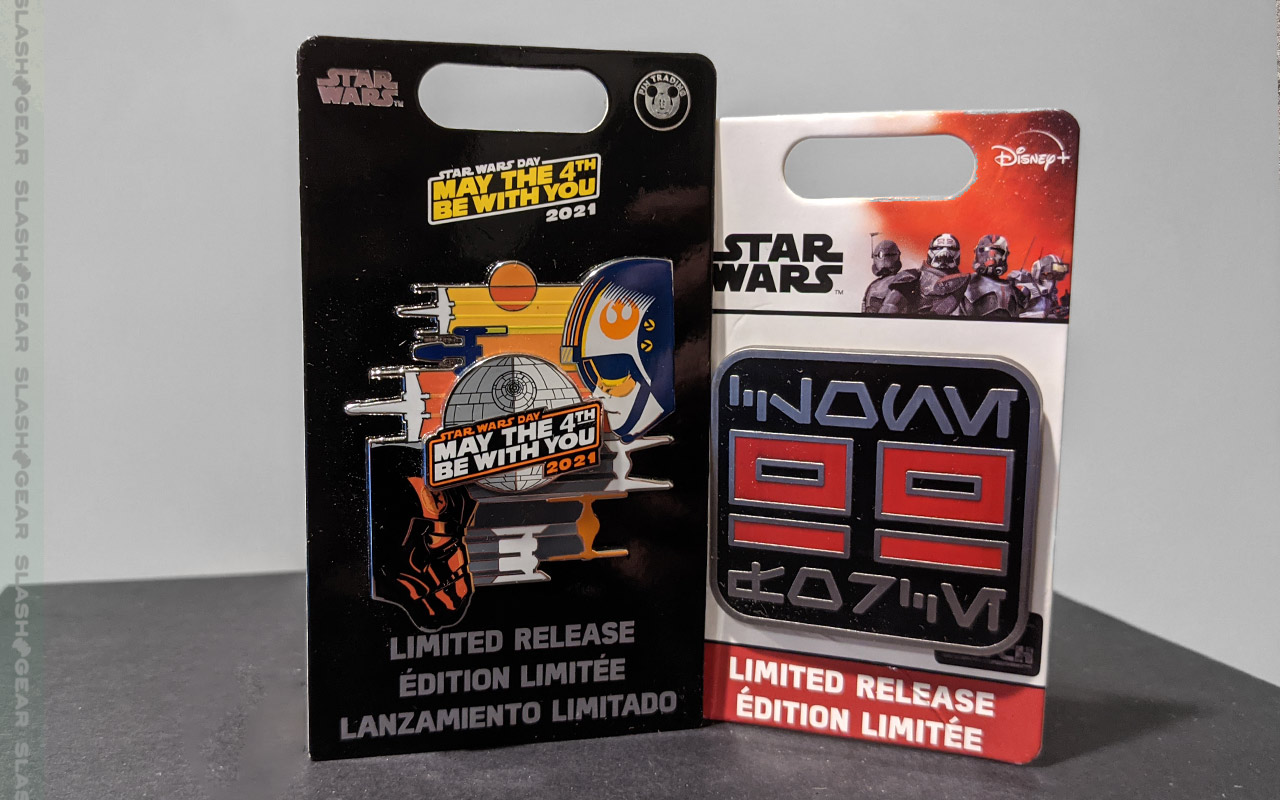 We’ve got a couple of heavy duty and highly detailed metal pins, both of which will be available directly from Disney stores. One is a Star Wars Day pin – double layered! The other is a Bad Batch pin – heavy duty! Both cost around $16 apiece. 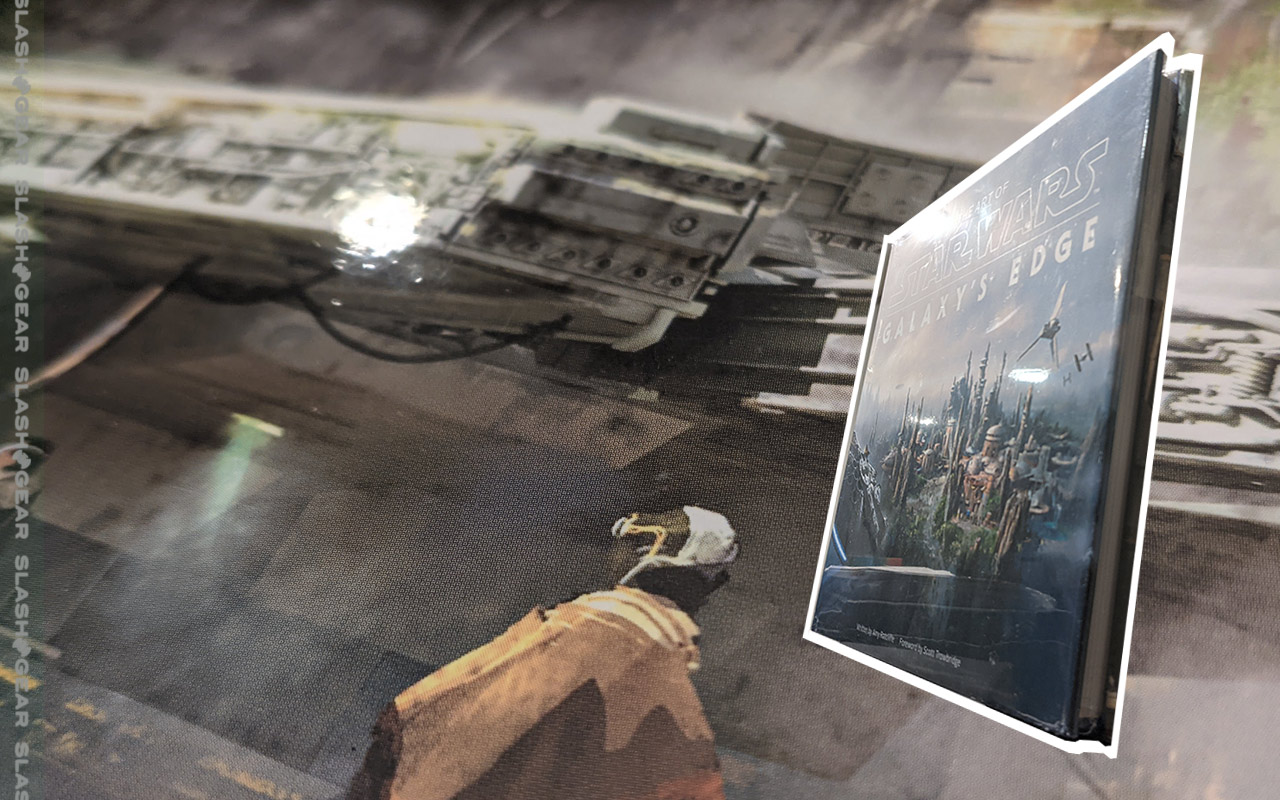 The book you’re seeing here is The Art of Star Wars: Galaxy’s Edge. This was written by Amy Ratcliffe and features concept works for the theme part of tomorrow. This might well be the ultimate take-home sort of product you’d get if you visited the park, OR the best alternative to actually going. In any case, it’s $50 for one fantastic book full of next-level artwork. 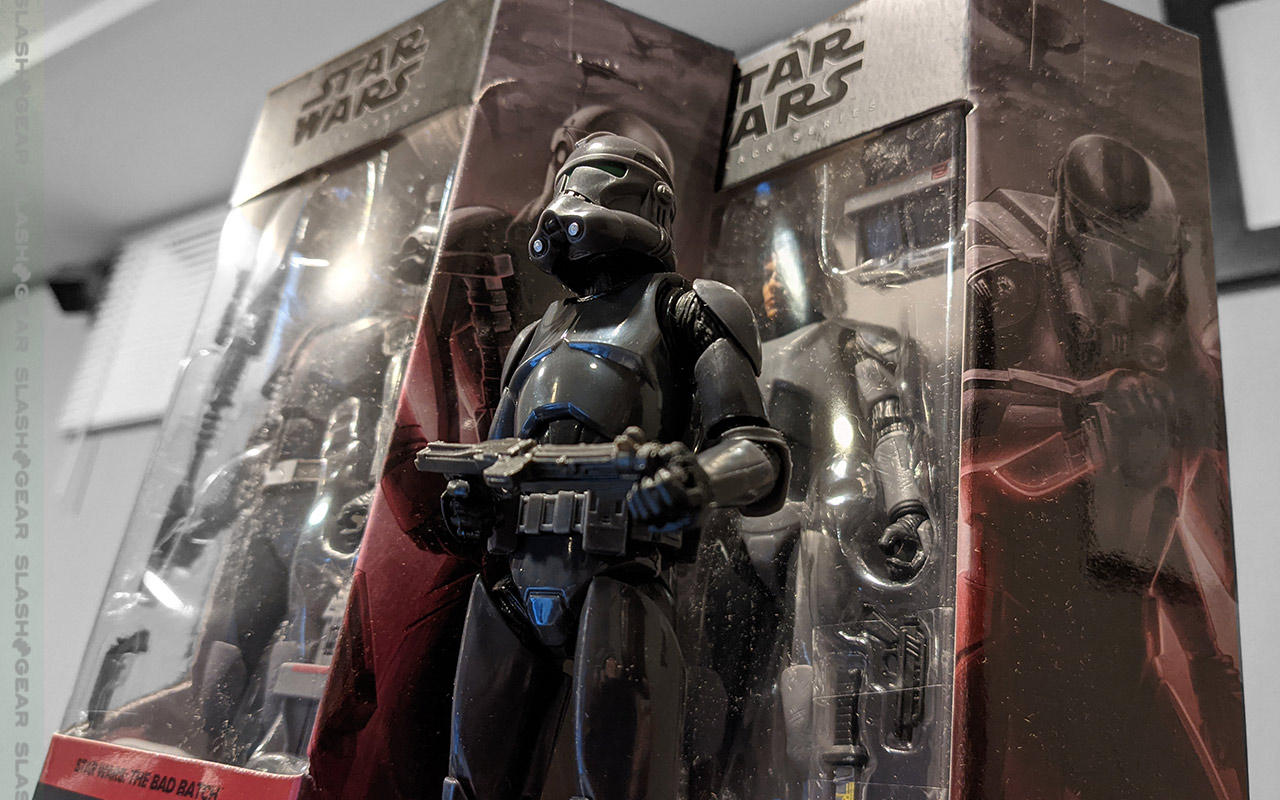 Action figures from Hasbro released for this week include a decent collection of Bad Batch characters. Here we’ve got Black Series figures for Hunter, Crosshair, and an Elite Squad Trooper. You’ll find these figures available for around $20 USD. As always, you generally cannot go wrong with a Star Wars action figure – and this latest set of Black Series figures keeps the torch lit.