One of the first Star Wars games to be developed with the Disney Video Games team is Star Wars Assault Team – and it’s surprisingly decent. This game is entirely free and made to be a mix between turn-based card collecting and adventure. Here you’ll be able to play on your iPhone or iPad on iOS, Android devices, and devices running either Windows Phone 8 or Windows on your desktop.

The Star Wars Assault Team structure sits in the “freemium” space, meaning you’ll be able to pay cash to upgrade your experience. You can, on the other hand, work through the game with intelligence and skill. Either way, this game is a unique Star Wars-theme experience ready for your perusal. 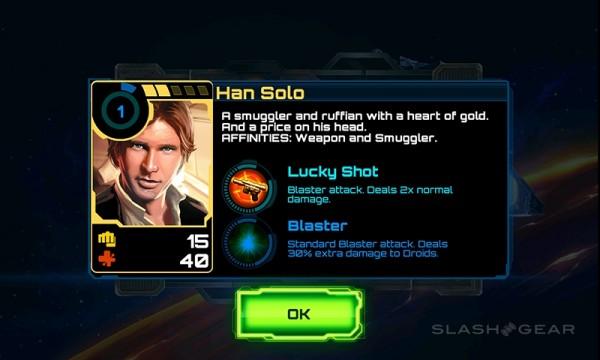 You’ll begin this game as Han Solo, running through a space cruiser destroying Stormtroopers on your way to find Chewie. Most of the first chapter involves you tapping your enemies one by one – but it quickly picks up. 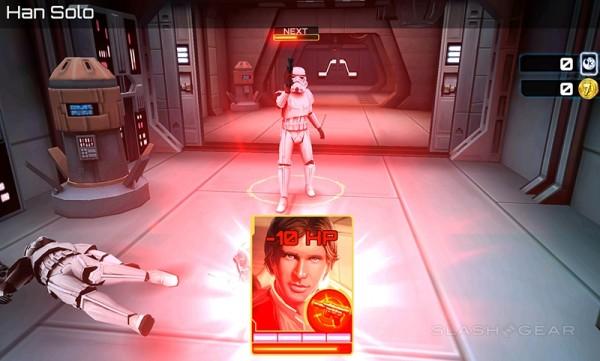 Above: make certain you’re amping up your defenses just as you are your blasters and lightsabers. Cards can go down just as easily as they can be stacked up. 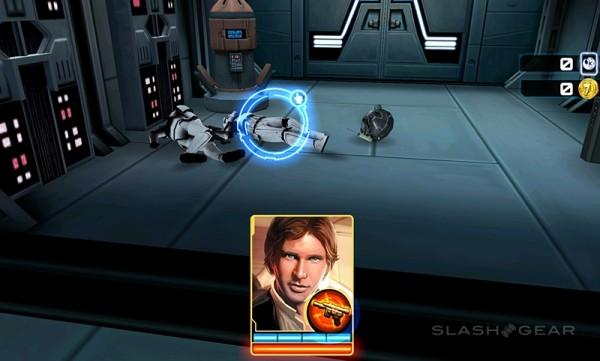 Never fire on an unarmed – or already stunned – opponent. Not only is that unfair, it’s not even possible. This game is fun, but strict.

We’ll expect this game to be rolling through the future with updates well into the weeks and years. If the amount of development that’s already gone into this game is any indication, we’ll be seeing a lot more from Disney for Star Wars in the mobile space in the coming years. We’ve not even launched into their first film yet, and we’ve already got a couple of games! 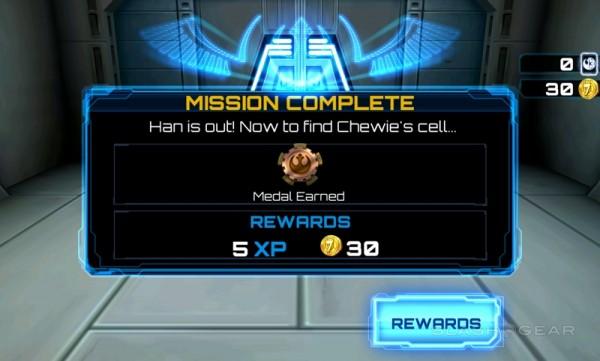 You’ll also want to check out Star Wars: Tiny Death Star while you’re at it. It’s beyond cute, and also pushed into the future by Disney Video games.