A bit more information about Rey’s parentage was revealed this week amid release of the New Star Wars 9 trailer. This movie, called Star Wars Episode 9: The Rise of Skywalker, will be directed by J.J. Abrams, like The Force Awakens. In commentary this week at Star Wars Celebration in Chicago, Abrams lent some welcome insight into the future of the most important character of this trilogy.

An interview with ABC News this week it was made clear that the answers given to the mystery of Rey’s parentage in The Last Jedi were not satisfactory. Kylo Ren is one with the Dark Side, after all – deception and deceit are weapons of his. When Ren (Ben) said that her filthy junk trader parents abandoned her and were dead in a pauper’s grave – that… might have been a stretch of the truth, at least.

Now it’s time to get things back in the “this is what I expected” sort of realm, at least insofar as Star Wars hasn’t really ever been about random chance. Darth Vader turned out to be Luke Skywalker’s father, after all.

Asked about Rey’s parentage, Abrams revealed that Lucasfilm wanted to set things right, again. “I will say that we knew, going into this, that this movie, it had to be a satisfying conclusion,” said Abrams.

“And we were well aware that that’s one of the things that’s been out there… I don’t want to say that what happens in Episode 8… We have honored that. You know… But I will say that there’s more to the story than you’ve seen.”

Above you’ll see the trailer for Star Wars Episode 9. See if you can spot the ship that forums are pointing toward for proof that we’ll see the parents of Rey, alive and well. This might not be an A-Wing after all – it might be the same ship we see in Rey’s vision quest from The Force Awakens.

Rey might also be mis-remembering – such things happen when you’re a force-sensitive individual with little training. The light side and the dark – both flow within her, after all. 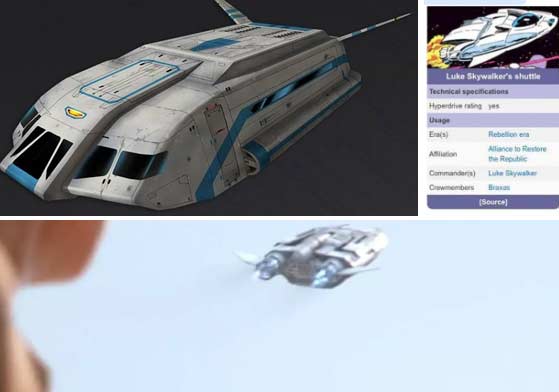 Other things it might be are Luke Skywalker’s shuttle (from the original Marvel comic books) or the more standard Star Commuter 2000 you see several times in Star Wars: The Clone Wars tv show and Rebels. 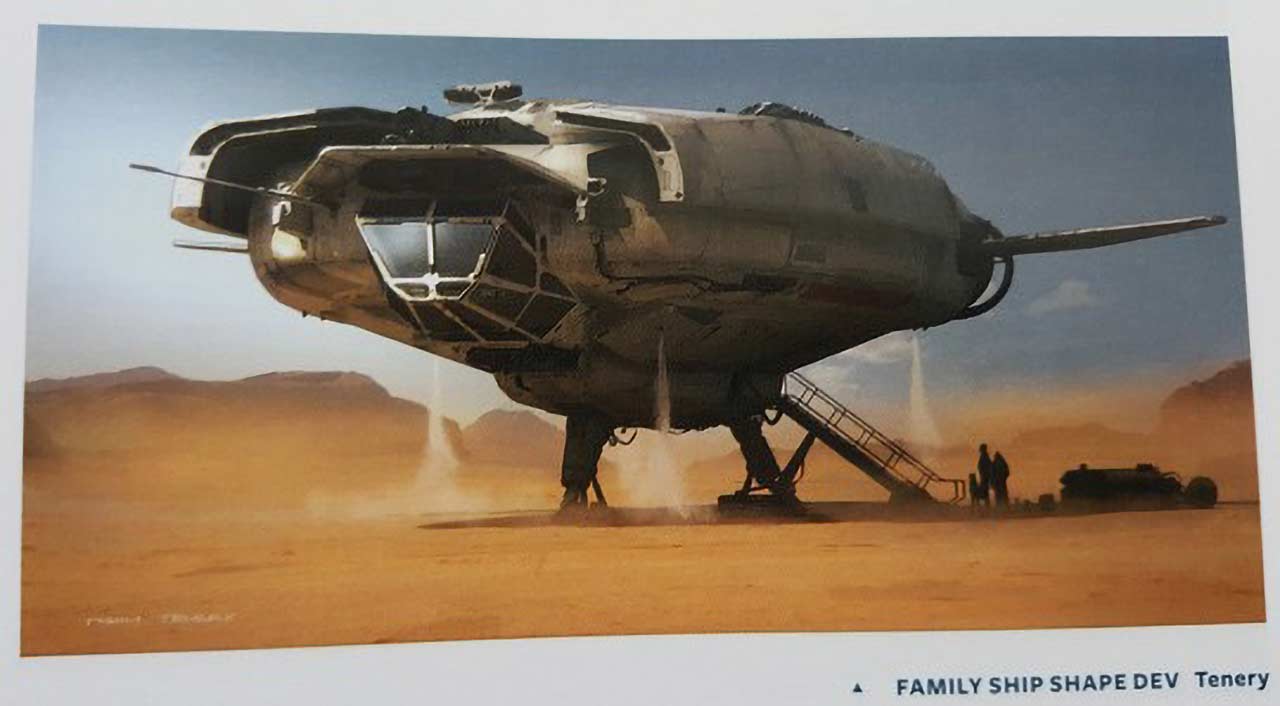 And don’t forget that one time the “Family Ship” appeared in the concept art book for The Force Awakens. There she be!