This week toy company Hasbro has leaked a list of every one of the planned dates and titles for Disney’s Star Wars film lineup. Starting in 2014 we’ll see the TV show Rebels – coming this late summer, followed by Star Wars Episode VII in 2015. All that we knew – then there’s Boba Fett, the movie, coming in 2016.

The first of several “spin-off” films centers on the bounty hunter Boba Fett, and according to The Inquisitr (without a completely solid source), Fett will be played by Temuera Morrison. This is the same actor that played Jango Fett in Star Wars Episode II, and a perfect fit for Boba Fett since he is his father’s clone – per the Episode II storyline, that is. 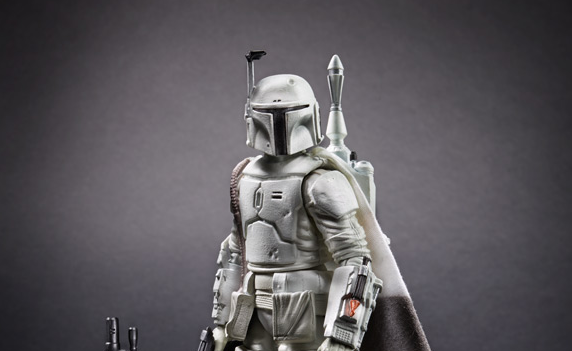 We’re also to understand that Godzilla 2014 writer Gareth Edwards is involved in Boba Fett. He’ll be a writer, more than likely, and has spoken very little of the film thus far.

The rest of the films will play out as follows, if the Hasbro leak is to be believed.

Red Five could be a number of different things, starting with the most obvious – Luke Skywalker. Luke went by call sign Red Five during the Battle of Yavin in Star Wars: A New Hope, as he destroyed the Death Star. It could mean here that Luke will continue to be followed through between Episodes IV and V.

Red Five was also the call sign of Anakin Skywalker during the Clone Wars, including the battle which begins Star Wars Episode VI, Revenge of the Sith. Red Five has always been a call sign of a unit in the Red Squadron, rebels that generally fly X-Wings.

UPDATE: The idea that there would be a Boba Fett movie and the Hasbro list appears to have leaked a bit earlier than this week! Have a peek at Boba Fett Fan Club for a detailed play-by-play!