Simon Pegg has once again tipped the world off on the next-generation Star Trek Into Darkness trailer that also came along with viewings of The Hobbit over the past two days. This is the first time the trailer has been available online in it full form and in HD greatness, no less. This trailer comes in the form of a bit of dialogue from our friendly villain for the film as he tells Jim Kirk how terrible his life is about to be: fun stuff!

You’ll see plenty of lava, the Enterprise taking some hefty dives, and some C-class starships headed for the surface of the Earth. That’s no fun! We’ve got some one-person fighter ships appearing here, lots of surface-bound action, and on the whole a more “we’re established now, let’s fight” sort of surroundings. This movie will take us to a place that’s only allowed once the characters in the series (and this series will indeed continue on for some time) is accepted as solid.

It would appear that our best buddy Spock will do not just one, but two death-defying leaps off of high peaks – one being a massive jump from a red forest into the sea, the other being off a tall building into downtown London. We’ll see how well he fares with instant repulsorlifts and quick-draw transporter beams, without a doubt. 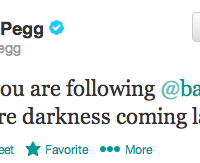 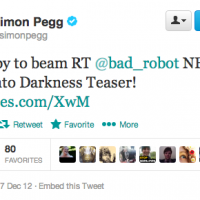 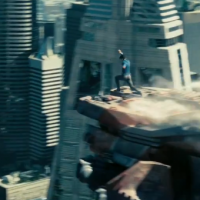 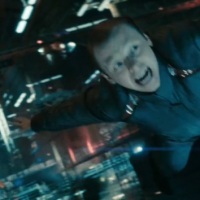 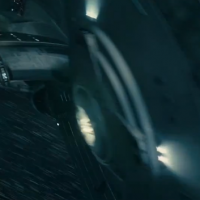 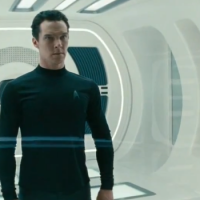 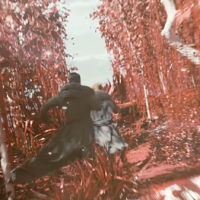 This trailer was released exclusively (up until now) in the set of trailers that sat before the 48 fps version of The Hobbit over the past two days. Now we’re ready for the real action jump here during the week – and as so many scenes are shown throughout the trailer, we’re guessing we’ll be seeing more of this movie than the last (the first) Star Trek to be released in this century before it’s out for real. Stick around SlashGear for the full run-down of Star Trek Into Darkness right up until opening weekend!