Researchers at Stanford University have developed a new technique for keyhole imaging. The technique of non-line-of-site (NLOS) imaging and tracking is an emerging technology. The system allows the shape position of objects around corners and behind various diffusers to be discovered using transient time-of-flight measurements and scattered light.

Current technology for NLOS imaging requires imaging hardware to scan a large area of the visible surface for indirect light paths. While NLOS imaging sounds like science fiction, its actual functional technology that could have applications in autonomous driving as well as other scenarios. Stanford researchers have a new keyhole imaging technique that can capture a sequence of transient measurements using a single optical path.

The technique gets the name keyhole imaging because the single light path is small enough to pass through a keyhole into a room. If a hidden object inside that room is moving during the imaging acquisition time, the technology can capture time-resolved projections of the shape of the hidden object. The technology could be useful to police and military for determining what’s inside a room before they enter. 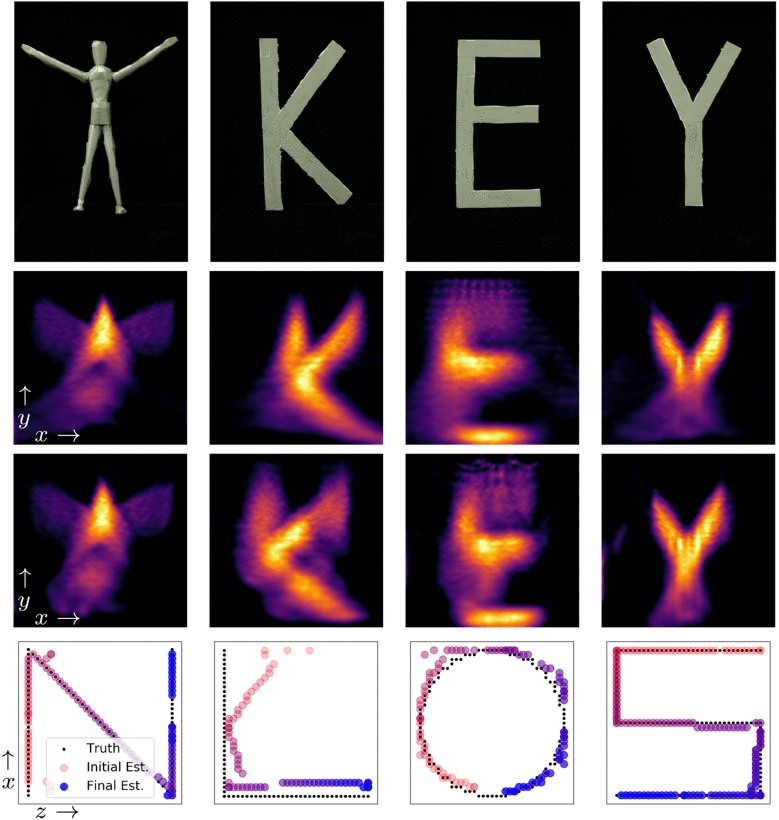 In testing, the Stanford researchers obtained a rough approximate hidden shape of a mannequin and letters hidden to the side of the beam of light used by the imaging system. One obvious caveat to the system is keyholes aren’t common today possibly limiting the usefulness of the system for imaging inside unopened rooms. However, the most likely use for this sort of technology is to help autonomous cars see what’s around corners.