Sphero has designed robots for education that are aimed at children in grades three through high school. The company says it realizes that kids in pre-K through second grade also need a robot to help them learn designed specifically for their needs. To address that need, Sphero has revealed a robot called Indi.

Indi is driven and programmed through color and is designed to be the most approachable, entry-level learning robot for kids. The robot inspires imaginative play-based learning by allowing kids to build their mazes while teaching them problem-solving and computational thinking skills without needing an app or screen. 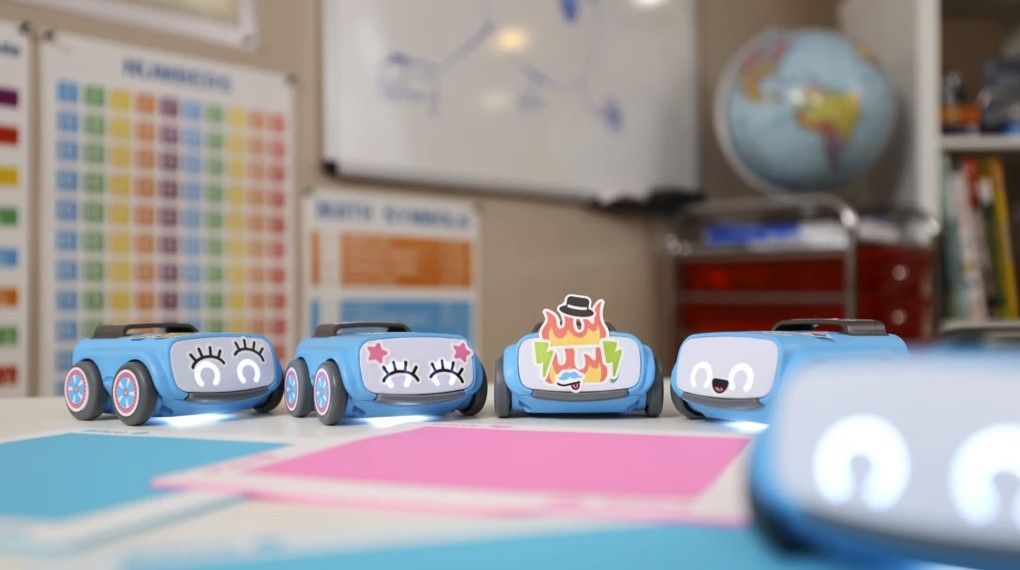 Indi came from insights from parents and teachers who express the need for an approachable learning robot for younger children. Indi offers kids a screen-free programming and learning experience and doesn’t require a tablet, smartphone, or computer to operate. Color card programming is an interactive experience that allows kids to move freely and collaborate with others in the classroom while learning the basics of problem-solving.

Actions include go faster, slow down, stop, celebrate, turn 90 degrees left, turn 90 degrees right, turn 45 degrees left, and turn 45 degrees right. The design of the robot looks like a little car, and it has a sensor underneath that reads the colors on the card. Sphero offers an Indi Class Pack including eight robots, eight storage cases, a classroom tote bag, a charging case to store and charge all of the robots, eight sets of 20 silicone color tiles, beginners programming challenge cards, charging cables, and replacement color cards along with adhesive sticker sheets and more. The class pack is available for preorder now for $1199.99. Individual student kits cost $124.99.