This week Oculus CTO and gaming industry veteran John Carmack lent his support for the next wave of VR-friendly 360-degree camera hardware. In Sphericam 2 is a 4K-resolution 360-degree array of cameras with built-in software allowing for the instant stitching of its media product. Photos and video footage from this device can be used for virtual reality projects of all sorts. This is the first 360-degree camera to offer global shutter capture as well as 60fps video at the same time as it captures said media in 4K resolution.

Sphericam 2 is an in-development piece of hardware that captures “absolutely everything around you in high resolution without any blind spots.” This means you’re going to get video that can be used in virtual reality headsets, first and foremost. Once the headset has your footage, the person wearing the headset can explore the space you’ve captured with full 360-degree freedom.

That means looking around. Up and down, left and right, and so forth.

Jeffrey Martin has been good to work with for Oculus 360 Photos: https://t.co/NsC35SttwE

The camera array is relatively small. The model they’re using now for demonstrations has a diameter about as big as your smartphone is wide. The current model is sculpted of anodized aluminum that its creatures suggest will allow it to sustain “tough love.” 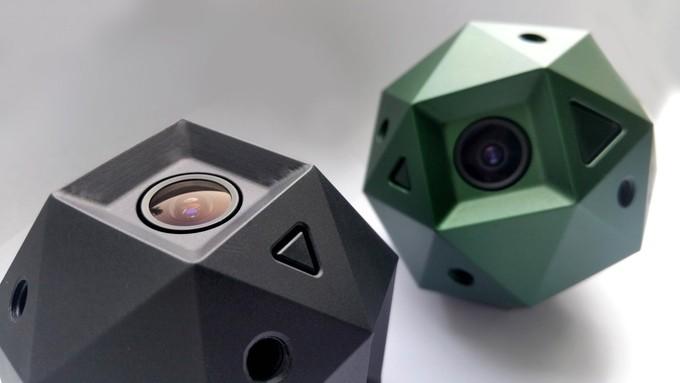 This machine has Wi-Fi connectivity and the ability to stream video right out the box, so it’s at least mildly future-proofed.

What we’re fairly certain drew Carmack in was the team’s attention to detail. Stitching, for example, can be a bit of a hassle. Incorrect stitching breaks a VR user out of the illusion of VR. With this camera, media capturers have automatic, real-time stitching.

Also it has 6 micro-SD card slots. That’s hilarious and awesome.

With full storage packed in you’re going to get between 60-90 minutes of video recording at a time. Imagine hour-long VR video without breaks.

Sphericam 2 is the second of two camera projects launched by their creator on Kickstarter. This camera is well on its way to being funded with over $88k of its $150k goal with 27 days left to fund.