By now, hands-free, voice-enabled smart assistants like Siri, Cortana, Google Now, and Alexa are no longer alien concept. However, they aren’t exactly the easiest people to talk with. One off questions are usually fine, depending on how you phrase them. But carrying on a continuing query is near impossible. That is one area where SoundHound’s Hound tries to excel. Now available for public use and with Yelp and Uber integration, Hound promises more a more natural way to ask questions and even refine those questions after they’ve been answered.

SoundHound started out as a music recognition service much like Shazam. Practically failing to corner that market, SoundHound took its technology and applied it in a new and more generic direction: speech recognition and natural language processing. SoundHound calls it “Speech-to-Meaning” and, to that end, created the Houndify platform that offered that capability. Among those advertised to be using it are NVIDIA for its DRIVE CX and Samsung for its ARTIK IoT. And then, of course, we have Hound itself. 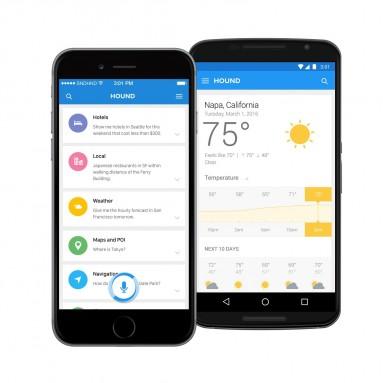 Like Siri and Cortana, you ask Hound questions that lets is search the Internet for details about the weather, available hotels, restaurants, and the like. Unlike other smart assistants, however, Hound prides itself in being able to understand your question even if phrased in a more human, natural way. You know, like how we usually ask questions. In English, of course. But Hound isn’t a one trick pony. In addition to that, it can also understand follow-up questions to refine the search even further. Definitely a nifty trick that the others have yet to learn well.

In time for Hound’s public launch, SoundHound has announced partnerships with Yelp and Uber that integrate their mobile apps and services deeply into Hound. You can, for example, dig deeper into business searches with Yelp or ask about and even order an Uber ride. All hands-free and using naturally spoken language. 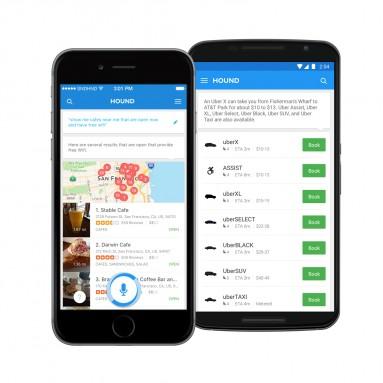 Hound is available for free on both Android and iOS. The app, however, won’t be available in all markets.