SoundCloud creators get a new way to earn income from fans

Following its news about a deal with Twitch in late March, SoundCloud is back with another way for its users to earn money: fan donations. The company is making it much easier for its creators to solicit donations from their fans by adding a donate button directly to the creator’s channel. With this, fans who want to support the creator can easily send them a tip through their preferred third-party service.

SoundCloud announced the new feature on April 2, explaining that its creators can now add a support button to their channel so that fans can tip them. The service itself isn’t handling the financial aspects of this — creators will need to use their button to direct fans to the third-party service where they can make the contribution, such as PayPal or Patreon.

Rather, this eliminates the need to depend on a small link in the right sidebar or other similar methods. Fans can easily see and access the button on their own and use that to support the creator during this economic downturn caused by the pandemic. 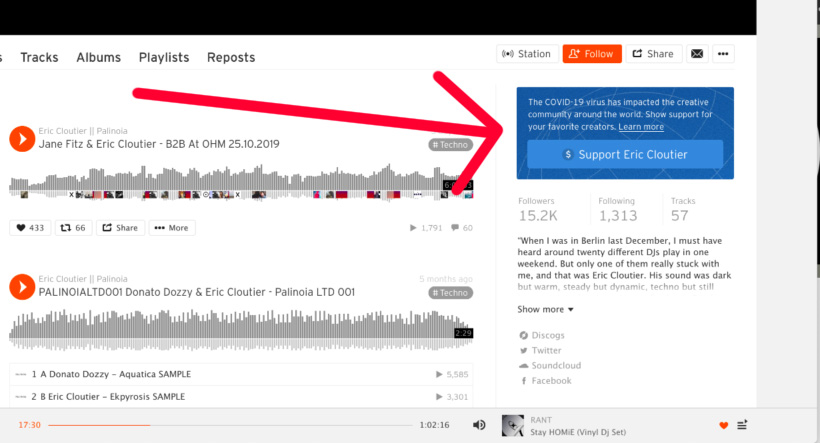 SoundCloud pointed out last month that many audio creators depend on live shows and similar events to earn money. The stay-home orders issued in many places around the world have forced venues to cancel these shows; many creators are left without the income they depend on, forcing them to other platforms in an effort to get by.

Late last month, SoundCloud revealed that it had teamed up with Twitch to help these creators earn money online more quickly by removing some of the Twitch Affiliate requirements. Though some Twitch users can earn money on the platform, they would ordinarily need to meet certain minimum requirements over the course of 30 days.