The Sony Xperia Z1 is one spectacular smartphone, no doubt about that. However, it’s 5-inch size might be too much to handle for some. Now those who prefer a more handy version now have a way out as Sony has just unveiled the Xperia Z1 Compact at CES 2014.

While smaller, the Xperia Z1 Compact doesn’t skimp on the features. Here you’ll find practically all the things that made your heart skip a beat with the larger Xperia Z1 flagship. It boasts of the same IP55 and IP58 dust- and waterproof rating to ensure that you smartphone is well protected against the elements. The phone also features Glove Mode that allows users to don gloves up to 2 mm in thickness and still continue using the device. 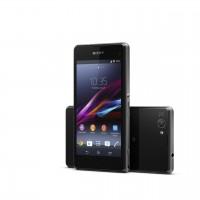 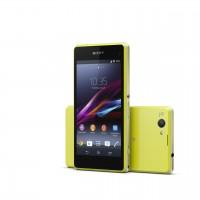 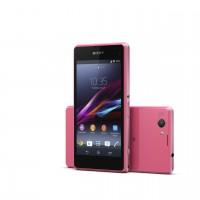 You also get the swath of camera features, including the 20.7 megapixel rear camera, equippd with a 1/2.3-type CMOS Exmor RS sensor and the BIONZ image processing engine. Camera apps like Timeshift burst, Info-eye, and AR effect are also present. Multimedia will definitely not be a problem with Sony’s selection of apps and services available to the Xperia Z1 Compact, such as PlayMemories Online, WALKMAN, and TrackID TV for exploring information related to the video currently being shown.

Of course, with a smaller size, something has to give. The Xperia Z1 Compact does have a smaller 2300 mAh battery compared to the 3000 mAh on the larger Xperia Z1. That should still be enough to provide juice for the 2.2 GHz quad-core Qualcomm Snapdragon 800 CPU. The 4.3-inch display also has a reduced 1280×720 pixel resolution. But worry not as it still boasts of the same TRILUMINOS technology as well as the X-Reality engine for mobile.

The Sony Xperia Z1 Compact is also compatible with a range of Sony’s wireless accessories, such as QX100 lens-style camera and an upcoming SBH80 Stereo Bluetooth Headset. There is no word yet on pricing or which markets will be carrying the device, but expect more information to come before the smartphone becomes available globally on February.