Wireless audio equipment have gotten a surge of popularity and innovation, in no small part thanks to the demise of the venerable headphone jack on smartphones. A variety of wireless headsets have popped up, ranging from gigantic over ear cups to not so tiny earbuds. The Sony SRS-WS1 Immersive Wireless Speaker may, at a quick glance, look like one of those neck brace earphones like the LG Tone series. The difference, however, is that this pillow like contraption that hangs around your neck is no headphones. It is a full blown speaker.

Despite its almost ridiculous idea, Sony can’t really claim dibs on the neck speaker concept. LG’s obsession with the form factor lead it to release the LG TONE Studio three years ago with a similar bright idea. Instead of plugging your ears close, it puts honest to goodness speakers around your neck to deliver not just fuller audio but true surround sound. 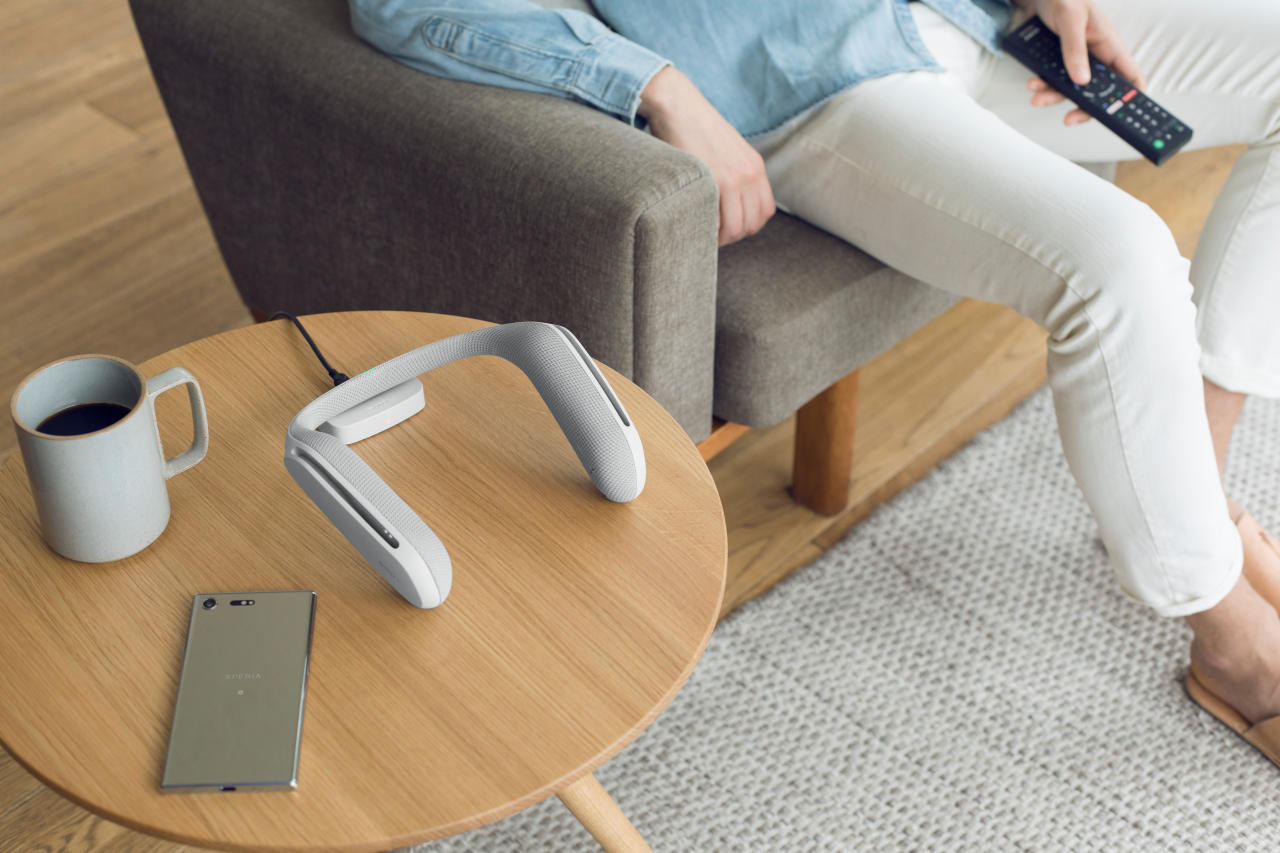 The Sony SRS-WS1 takes that same idea and promises to take it up to 11 too in both volume and sound quality. 30mm-diameter, full-range speakers on both sides shake up the air to produce sound you can hear and feel for maximum effect. The sound is centered around the wearer so one can push the volume down to respect neighbors without degrading the listening experience.

The Sony speakers has no wires to get if your way or plugs to isolate you from the rest of the world. It comes with a wireless transmitter that lets you connect up to two SRS-WS1 speakers to a TV. Despite its wireless nature, you can also plug it into phones and gaming devices via the supplied cable. 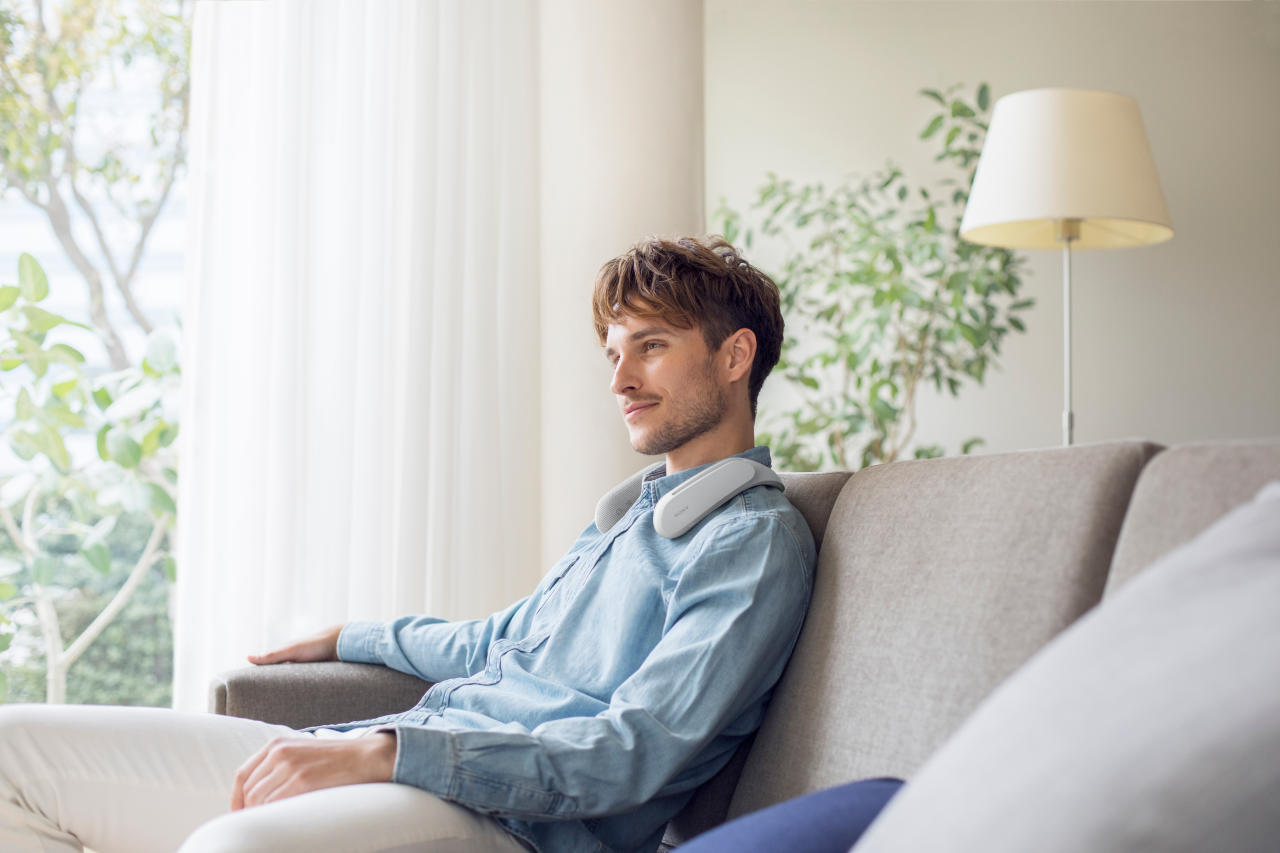 Sony’s promise of a very personal and immersive audio experience starts at $299.99. But if you pre-order the Sony SRS-WS1 until December 1, you can get it for a slightly reduced price of $249.99.