It would seem that Sony just patented a game emulator for their next major console, tentatively named PS5. The patent actually suggests that a new gaming console would be able to “interpret” the inner workings of previously-released consoles. The patent goes by the name “Impersonating CPUID for backward compatibility” and was registered first in the official Japan Patent Office as of January 31st, 2019.

And so – Sony just re-invented the gaming emulator. Old games would be “tricked” into believing they’re running on an old console. The old console app would know that it’s running on a new machine, thereby using the power of the new machine in full. It’s not clear yet – obviously – if this means a new machine would be able to bring a game to any new levels of performance as such. 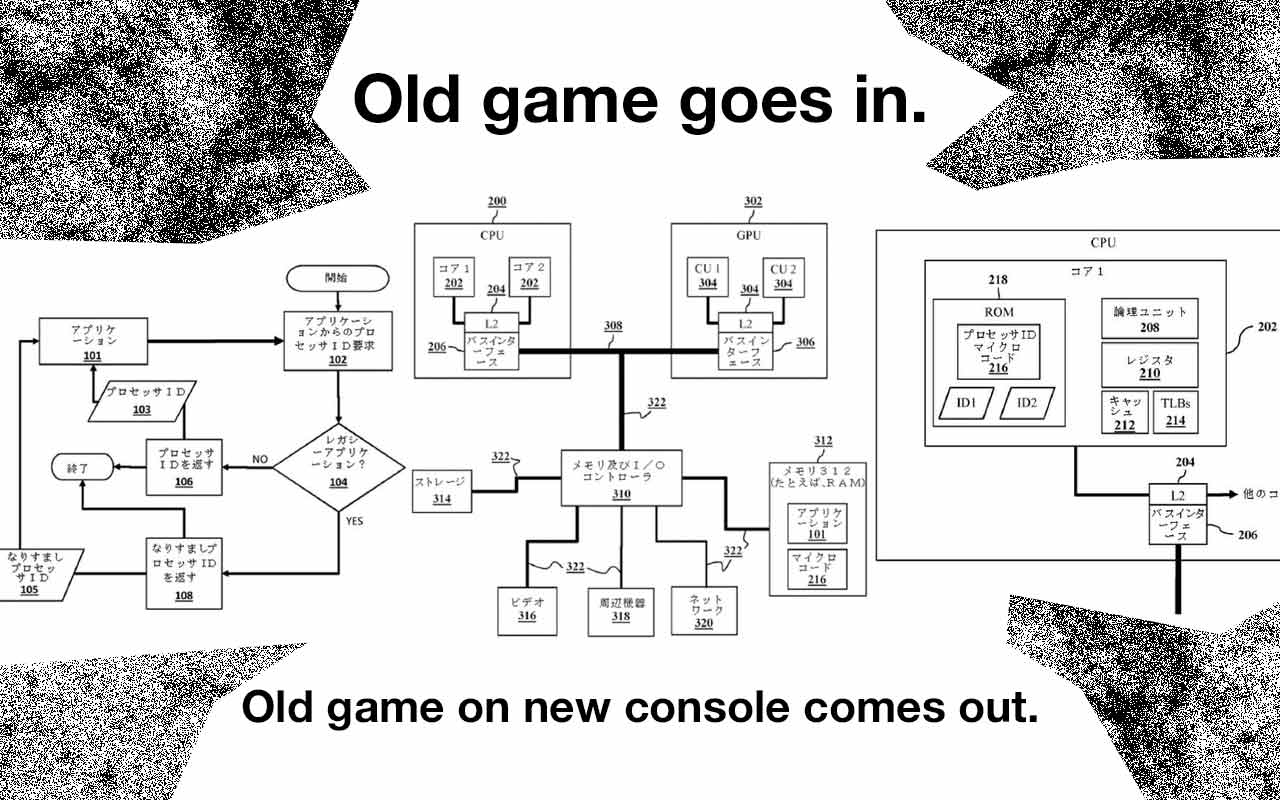 The patent does not mention any specific version of a PlayStation console as being capable of running software like this. If you’re going to get creative about it, you could technically figure a way to make this all happen with some external hardware and the entire PlayStation ecosystem emulated – but that’s not what we’re here about.

The nature of a patent – the sole bit of solid proof that this system exists – is that it’s an idea. It’s a legal filing of a notion of technology, filed in case the company ever comes to a point where they’ve figured the tech out in full. It’s put in place in case the company ever gets this backward capability system in play, despite console generation, they’d be legally protected from some other company filing suit against them because they, in turn, filed for patent protection for the idea.

But whatever! It’s time to get that PlayStation 5 hype train on the tracks! Let’s start talking about the games you’re going to play on your brand new system instead of just busting out the ol’ PS1! I’ll be playing Tony Hawk Pro Skater because it’s the best game ever made, period.