The nifty lightbar that sits at the top of the new DualShock 4 controller and provides a nice glow actually can’t be turned off, meaning that it stays on for as long as the controller is on. Sony’s Worldwide Studio boss Shuhei Yoshida confirmed that the lightbar can’t be turned off in a response to a question about whether it could be disabled or not in order to conserve battery.

Yoshida confirmed the news on Twitter with a solid “no” when asked if the lightbar can be manually turned off on the new DualShock 4 controller. Since the PlayStation 4 doesn’t come with a camera sensor by default like the Xbox One does, not everyone will use the lightbar on the PS4 controller, rendering it useless.

The lightbar is designed to be used with the PlayStation camera and is used for motion control purposes in games. However, since the console doesn’t come with a PlayStation camera, some gamers will find the lightbar to be useless, but they won’t be able to disable it. This means that the DualShock 4 controller will use up battery life for features that the gamer will never play around with. 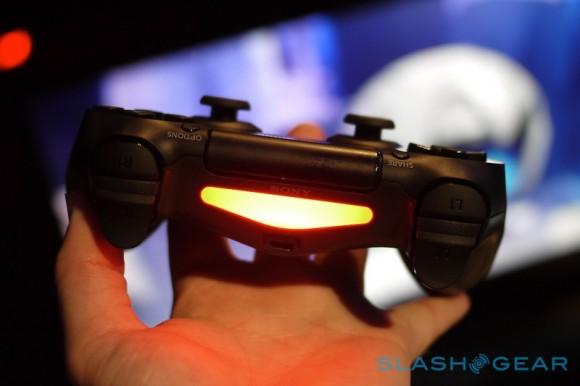 Of course, seeing as how Sony originally planned to include the PlayStation camera with the PS4 console, Sony probably didn’t have a reason to implement a feature where gamers could turn off the lightbar, but since that’s no longer the case, we’re not exactly sure why Sony hasn’t backtracked on that and simply let users have total control of the DualShock 4 gamepad.