While we may not have the final packaging to showcase for Microsoft’s variation of their motion-based peripheral, we do know that Walmart’s already bundling up the next piece of Redmond-based technology. Of course, we should have realized it wouldn’t take much longer for the Sony version, better known as Move, to make some kind of appearance on the Internet, too. And sure enough, here we are with the final packaging images. 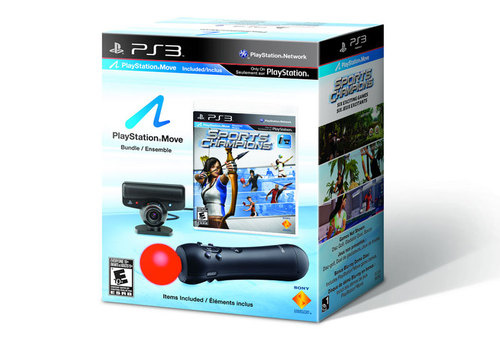 As for the other two bundles, you’ll get everything else but the PlayStation 3 and DualShock controller — so obviously you’ll already want to own the console, or it won’t do you any good. This bundle is only costing you $99. And finally, if you’ve already got the Eye Toy and just need the Move wand, that will cost you only $50. And, if you want the additional navigational controller, that will run you $29.99. So who’s getting excited?