Sony has outed a trio of new consumer-level camcorders, the Handicam DCR-SX15E and DCR-SR15E, and the Bloggie Touch.  The two new Handicams record HD video to Memory Stick or SD card (SX15E) or an 80GB hard-drive (SR15E), while the Bloggie Touch has 8GB of onboard flash.

The two Handicams have a 2.7-inch LCD, SteadyShot, Face Detection and a video light, together with a 50x optical zoom.  Sony will happily sell you a hard-drive dock which allows you to offload your content without needing to plug in a PC.  Both will land in October 2010, price to be announced.

As for the Bloggie Touch, that has a 3-inch touchscreen and an integrated USB plug.  It can record full HD video and 12.8-megapixel stills, and will go on sale from November 2010, price TBA. 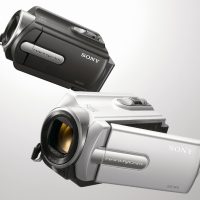 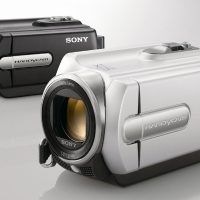 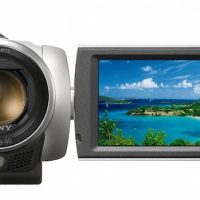 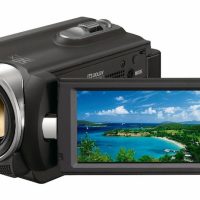 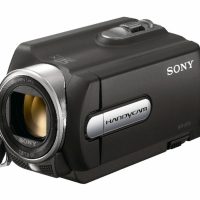 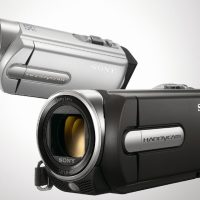 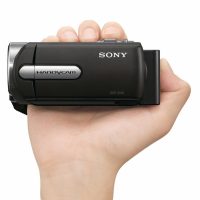 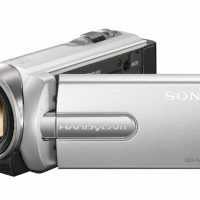 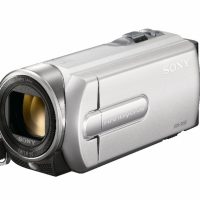 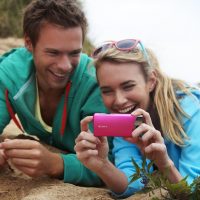 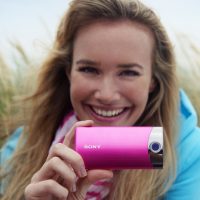 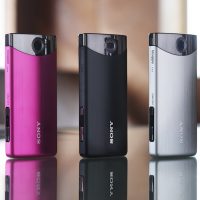 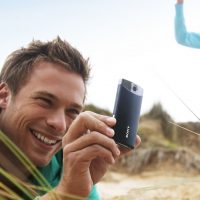 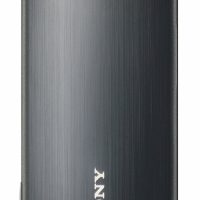 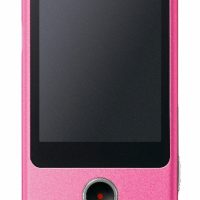 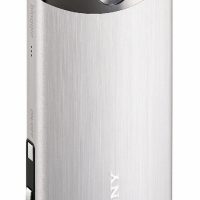 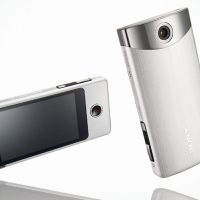 Light, compact and easy to use, the Handycam® DCR-SX15E shoots crisp, clear video and stereo sound onto removable flash memory. Just slip in a Memory Stick™ or SD card (not supplied) and capture the moment for easy transfer to your PC after shooting.

If you’re looking for extra-long record times, Handycam® DCR-SR15E stores up to 61 hours of Standard Definition video on its 80GB built-in hard disk drive. With no need to carry spare tapes or discs, there’s plenty of space for a long weekend of non-stop shooting.

Whether you choose flash memory or HDD, both models are packed with smart features for sharing and enjoying your footage.

Menus and settings are adjusted via a thumb-operated joystick next to the flip-out 6.7cm (2.7”) Clear Photo LCD. A conveniently-placed button switches on the built-in video light to illuminate indoor get-togethers, parties or night-time scenes. For extra convenience there’s also an Auto mode that switches the video light on when natural light levels are low.

The compact new Handycam® DCR-SX15E and DCR-SR15E Standard Definition camcorders from Sony are available from the beginning of October 2010.

* Personal Space service has already launched in the UK, with France and Germany scheduled to follow in October 2010.

Available in a choice of vibrant pink, silver and black finishes, the Bloggie Touch is a stylish partner for day-trips, weekend breaks or fun-filled nights out.

The camera’s cool, clean lines are dominated by a big, bright 7.6cm (3”) LCD touchscreen that gives a brilliant view of your photos and video clips. A sleek new user interface simplifies intuitive ‘touch and flick’ enjoyment of your clips and pictures.

Operation is equally straightforward. Just point and shoot to catch the moment: you can even grab still images while video recording continues uninterrupted.

Bloggie™ Touch features a versatile autofocus lens with wide angle function. There’s also a new auto macro mode to focus sharply on objects as close as 10cm away. It’s ideal for snapping the menu of that unforgettable restaurant meal or a beautiful flower discovered on holiday.

Bloggie™ Touch also records amazing 360-degree panoramic videos and photos to capture everything that’s happening around you – just clip on the supplied lens adaptor. 360 Videos are now twice the resolution of previous-generation Bloggie™, and low-light video quality is also improved thanks to the Exmor™ CMOS sensor. In addition to fun 360 Video, Bloggie Touch features “free-style shooting” which allows you to capture movie both in landscape and portrait.

After shooting, it’s never been easier to share your favourite photos and clips on the web. Bloggie™ Touch connects instantly to any PC via its flip-out USB arm that also charges the camera’s battery. There are no fiddly cables or software CDs to worry about: hook up Bloggie™ Touch and built-in sharing software launches automatically.

Just drag and drop to upload your favourite moments without fuss to social networks and popular sites like YouTube, Facebook and Flickr. While you’re on the move, it’s easy to tag content with a new ‘Share-it-Later’ function for simple uploads when you’re next online.

Built-in Bloggie software also allows easy uploads to Personal Space, the brand-new online service by Sony for sharing content safely and securely. Once you’ve uploaded your pictures and clips from Bloggie™, just email invited members of your own Sharing Group with a link to your Personal Space. It’s easier and quicker than sending big file attachments via email. Viewing options are widened further by an HDMI port that connects Bloggie™ Touch to any HD television.

The new Bloggie™ Touch MHS-TS20K mobile HD snap camera by Sony is available from the beginning of November 2010.